Tevez returns to Boca, declaring he has no regrets over spell in China

Former Manchester United, Manchester City and Juventus striker heads straight into training session, as he is presented to the press as new signing.

Barely a year after leaving Boca Juniors for Shanghai Shenhua, Carlos Tevez – who turns 34 next month – has returned home. And he has wasted no time getting back in the swing of things, training with his teammates, telling the press he hopes to win the Copa Libertadores and declaring his desire to play for Argentina at the coming World Cup in Russia.

The former Manchester United and Juventus striker has completed the formalities of his move back to his boyhood club Boca Juniors after 12 months in Chinese football with Shanghai Shenhua and yesterday, he headed straight into a training session with his new/old club. It is the 33-year-old's third spell at Boca Juniors.

Speaking yesterday at a press conference, where club President Daniel Angelici unveiled the Boca legend and fellow new signing Emmanuel Mas, Tevez said he was delighted to be home and that he was ready to play for the national team if selected.

"I have a few years of football left in me, being at a World Cup for a player of my age would be something very nice," he said.

"I want to enjoy these two years that I have signed up for with Boca because it's the last thing I have left. I'm fine. It's much easier if I'm happy and I'm happy," he added.

Addressing the huge wages Tevez earned in Asia, Angelici told the reporters that the player's return did not involve any payment to Shenghai Shenhua.

"I want to thank the Chinese club because they made it easier for Carlos to be here with us. There was no economic compensation, neither from Boca to the Chinese club nor from China to Boca," the club president said.

Tévez said his ambition remained and said his goal was to win the Copa Libertadores title and the Superliga title with the club. Boca currently sit top of the league.

Addressing his time in China, Tevez said simply: “I do not regret anything."

“When I made the decision (to go to China), I took it knowing the consequences,” he added.

The club had confirmed on Friday that the player would be returning from China.

"Tevez is coming home! He joined the team today and is already training with his teammates," Boca said on its various social media accounts on Friday. alongside a photo of the player working out in a gym.

He was pictured in the gym wearing a Boca team shirt although the club did not reveal the value of the transfer.

Telam reported last week that Tevez had already negotiated what jersey he will wear at the Buenos Aires club – his trademark number 32.

Tevez joined Shenhua in January last year on an estimated 730,000 euros a week salary, making him one of the world's highest-paid players.

What sports? What tourism?

A spokesman for Shenhua confirmed that the club had been in talks with the globetrotting Argentine to end his contract.

Tevez scored only four goals in the Chinese championship during an injury-marred season in which he missed the Chinese Cup Final which his team won.

He was not in the squad for either leg of the final against Shanghai SIPG and flew back to Argentina just as his side lifted the trophy.

Argentina’s lower leagues will be hit hard by virus crisis

Tevez, who has often found it difficult to settle anywhere, saw his time in China unravel quickly. He arrived in Shanghai a year ago to a hero's welcome and was touted as a symbol of football's fast rise in the country.

But he soon fell out of favour with Shenhua fans who questioned his fitness and commitment.

At one point he criticised the standard of football in Asia, sparking controversy.

"In South America and Europe, players learn to play football when they're kids, but not here. So technically they are not very good. Their football is very different. The fans treat it very differently as well. And I don't think they are going to get to the same heights, not even in 50 years,” Tevez said in an interview with SFR Sport.

He earned the unflattering nickname "Very Homesick Boy,” a nod to past antics of jetting home to Argentina in times of strife, and he was accused of being overweight when new coach Wu Jingui took over at struggling Shenhua in September. 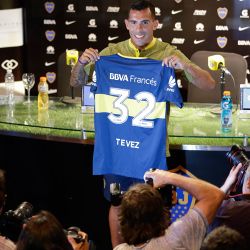 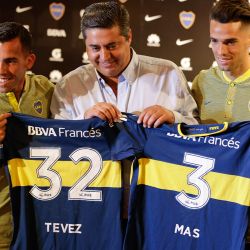 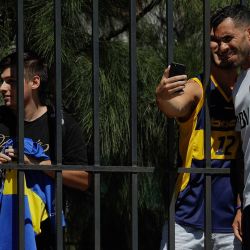