Boca, River, Independiente, Racing and more: from Mar del Plata to Mendoza, a labyrinthine series of friendlies and meaningless tournaments kicks off next week. The Torneo de Verano is here to save football-starved fans from boredom.

It’s that time of the year again.

With millions in Argentina decamping to the beach and the mountains for the summer holidays, the country’s biggest football teams are also on the move. From Mar del Plata to Mendoza the labyrinthine series of friendlies and meaningless tournaments known as collectively as the Torneo de Verano (“Summer Tournament”) kick off next week, giving fans starved of action over the festive period a chance to slake their thirst.

Only, however, if said supporters had the foresight to pay out ahead of the New Year’s schedule. For the first time in almost a decade the summer games will not be broadcast on either free-to-air or basic cable packages, but hidden behind the premium paywall set up by Fox Sports and Turner towards the end of 2017. Given that the matches usually provoke minimal interest it is hard to see viewers flocking to pay the 300-peso fee in order to tune in over the summer, but nevertheless there is a certain intrigue in seeing how the likes of Boca Juniors, River Plate and the rest of Argentina’s biggest sides line up with their new signings prior to the resumption of competitive action.

The jewel in summer’s crown comes at the end of the scheduled clashes. On January 21 Boca and River meet in Mar del Plata for the latest Superclásico, with both coaches staying in the job for 2018 but with several new faces promised on each side. Boca might just have Carlos Tevez ready and waiting; while River are hopeful of sealing the signing of goalkeeper Franco Armani, the Casilda native who is pulling the curtain on almost eight years of sterling service with Atlético Nacional which included a Copa Libertadores triumph last year.

The meeting between the two Buenos Aires arch-rivals, however, is not the only derby taking place this summer. Racing and Independiente also meet in Mar del Plata two days prior to the Superclásico, with new Academia coach Eduardo Coudet facing his first real test against a Rojo side keen to build on their stunning Copa Sudamericana success last year. Ariel Holan’s decision to reverse his resignation was a boon for the club, although they will have to react to the departure of captain Nicolás Tagliafico and other stars, while teenage sensation Ezequiel Barco’s future is still less than certain in the face of interest from Gerardo Martino’s Atlanta United.

Fans of San Lorenzo, meanwhile, will see the Cuervo kick off their summer schedule against Defensa y Justicia on Thursday, before they face biggest rivals Huracán. January 16 is the date for the Clásico de Barrio, which also takes place in Mar del Plata. After a strong end to 2017 San Lorenzo are Boca’s closest competitors for the Primera title at this point, and will be hoping for an impressive mid-season break to build confidence ahead of the final stretch.

Money-spinning nonsense, distraction or valuable practice for the season ahead? The Torneo del Verano has also combined all three of these elements, and this year’s line-up will be no exception. But love it or loathe it, thousands of fans will pack Mar del Plata and other venues to see their heroes in action this January, and a few might even shell out for the privilege of watching from their own homes! 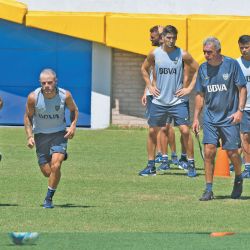 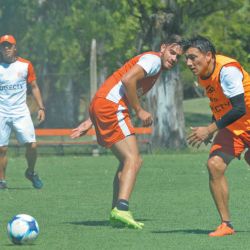