Two rare white Bengal tigers are due to arrive Saturday at a spacious sanctuary in the US state of Colorado in hopes of a "better quality of life," the Ecoparque in Buenos Aires City has confirmed.

Rhiano, a 14-year-old born in what used to be the old City zoo – later transformed into today's 'Ecoparque' – and Cleo, a 12-year-old originally from a Canadian zoo, were headed to the Wild Animal Sanctuary in Keenesburg, Colorado, which is known for its work rescuing and caring for large predators.

"It's a long trip, between the 11-hour flight to Dallas and then a nine-hour drive to the sanctuary in Colorado," said the Buenos Aires City Environmental Secretary Eduardo Machiavelli, quoted in a press release from the space-challenged institution.

Staff there had trained the tigers to become accustomed to the transfer cages so they could make the long trip with the least possible stress, Macchiavelli added.

Since the old Buenos Aires City zoo was closed a few years ago, remodelled and rebranded as Ecoparque, more than 890 animals have been transferred to more modern or spacious facilities elsewhere.

Each transfer, the park said, is made with the animal's "quality of life" in mind.

While the old zoo covered only 45 acres (18 hectares), the Colorado sanctuary is spread over nearly 1,800 acres.

It was chosen in part, the release said, because of the good experience enjoyed by brown and spectacled bears transferred there earlier.

Bengal tigers are considered an endangered species. Their average life expectancy is 20 years. 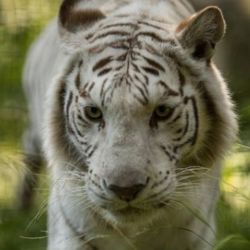 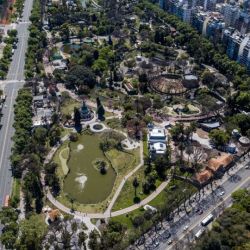