A 103-year-old Argentine veteran who volunteered to fight for Britain and democracy in World War II against Hitler's Germany is the subject of a new short film.

Ronald David Scott – better known locally as Ronnie Scott (‘Ronnie’ in Argentina, yet ‘Ronny’ in Britain) – has been something of a celebrity for Buenos Aires’ English-speaking community for years, with many of us remembering his readings at events like Remembrance Day.

Now, thanks to the help of a generous donor and an award-winning production house, his incredible story is going global.

Buena Onda - the tale of Ronny Scott is a new documentary brought to life by Grammar Productions that tells the tale of a young Argentine who flew Spitfires for Britain in World War II. Produced by Alex Bescoby and directed by Léopold Belanger, it was recorded last year on the outskirts of the capital during the coronavirus pandemic.

“We first heard of Ronnie and his incredible story in early 2020, after a tip off from an old friend of the team. Despite the world being locked down, we felt Ronnie’s story just had to be told,” the film’s crew said in a statement.

“After months of preparation and paperwork, and with the full support of the British and Argentine governments, we were granted special permission to travel to Argentina in late 2020 to meet the man himself.”

The fruits of that encounter, a 20-minute short film that beautifully conveys Ronnie’s charm and warmth, was released last Sunday, March 7 and is now available to stream for free via Vimeo.

Scott, born in Buenos Aires to an English mother and a Scottish father in October 1917, departed his homeland in 1942, aged just 25. He had sought to sign up even earlier. Initially, Ronnie spent five weeks in Britain, before travelling to undergo pilot training in Canada at an airfield close to Lake Huron.

He later went on to fly with 794 Naval Air Squadron, which was part of the Royal Navy’s Fleet Air Arm and by late 1944, he was aiding London’s attempts to combat Nazi Germany’s V1 flying bombs.

Recalling how he felt when he signed up to go to war, Ronnie says in the film the threat of Hitler was too large to ignore.

Ronnie’s story – which also highlights the thousands of others who volunteered to fight with the Allies against Hitler’s Germany – offers a welcome counter-narrative to the tales of Nazi officers that fled to Argentina toward the end of the war.

“What began as a film about one man's war story, quickly became a tribute to the thousands just like him who travelled thousands of miles to willingly risk their lives for an Allied victory, and the cause of freedom,” the team’s producers said in their statement. “We hope you love Ronny just as much as we do.”

The short film has already won plaudits from a number of historians and military experts, with Dan Snow MBE describing it as “a remarkable film about a forgotten hero of the Second World War, now one of the last of a very special generation.”

Among its supporters is the British Conservative peer Lord Ashcroft, who penned an article on Ronnie and the film for The Mail on Sunday last weekend. With kind permission from the publishers, the Times will be reprinting this article in next print edition. It will also be appearing online in the coming hours.

‘Contaminated cocaine’: One year on from tragedy that killed 24, little in the way of answers 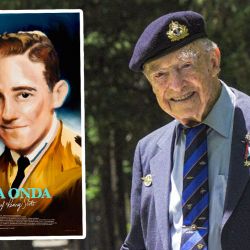 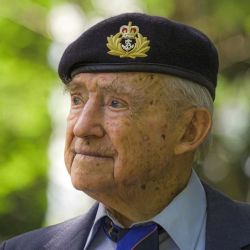 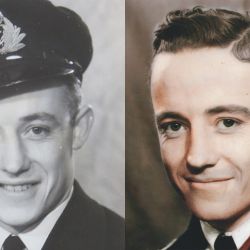