Climate protesters from Sydney to New York to Buenos Aires blocked roads Monday, sparking hundreds of arrests, as two weeks of civil disobedience demanding immediate action to save the Earth from "extinction" kicked off.

The demonstrations, triggered by the group Extinction Rebellion, were mostly limited to a few hundred people in each city, far from the size of last month's massive Greta Thunberg-inspired protests.

Protesters chained themselves to vehicles and other structures and lay down in the middle of streets in defiance of police across Europe and parts of Asia, Africa and North and South America.

In the capital, protesters demonstrated at the offices of Bayer-Monsanto, the Torre Monumental and at plazas and squares across the capital.

Extinction Rebellion is demanding that governments drastically cut the carbon emissions that scientists have shown cause devastating climate change.

They are backed by Thunberg, the Swedish teenager whose searing UN address in September made international headlines, and by academics studying the rising temperatures and sea levels.

Their protests have irritated drivers and some officials but raised the hopes of those who see climate change as a threat to the planet.

In London, where the Extinction Rebellion movement was born last year, 276 people were arrested as demonstrators put up structures near Britain's parliament.

"Getting arrested sends a message to the government that otherwise law-abiding citizens are desperate," IT consultant Oshik Romem, from Israel but working in Britain for 19 years, told AFP. 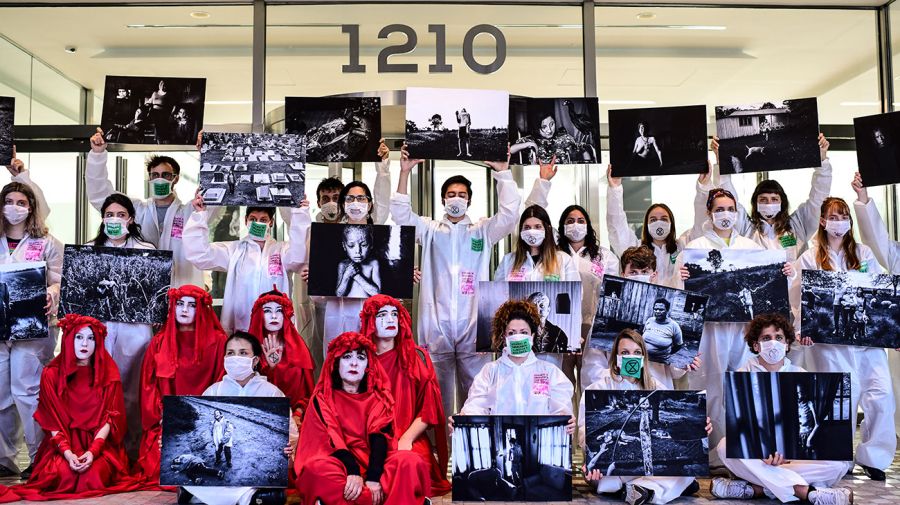 'Running out of time'

At New York's Battery Park, some 200 demonstrators took part in a "funeral march" to Wall Street, where protesters threw fake blood over the financial district's famous bronze statue of a bull.

"We need imagery like this in order to get people's attention," 29-year-old James Comiskey told AFP, as he carried a cardboard coffin in the procession.

Police arrested more a dozen people who staged a "die-in" -- in which people lay down as if they were dead -- by the bull.

Hundreds of Australians joined a sit-in on a busy inner Sydney road before being dragged away by the police. Thirty people were later charged.

"We have tried petitions, lobbying and marches, and now time is running out," Australian activist Jane Morton said.

Campaigners in Dublin parked a pink yacht outside the office of Irish Prime Minister Leo Varadkar. 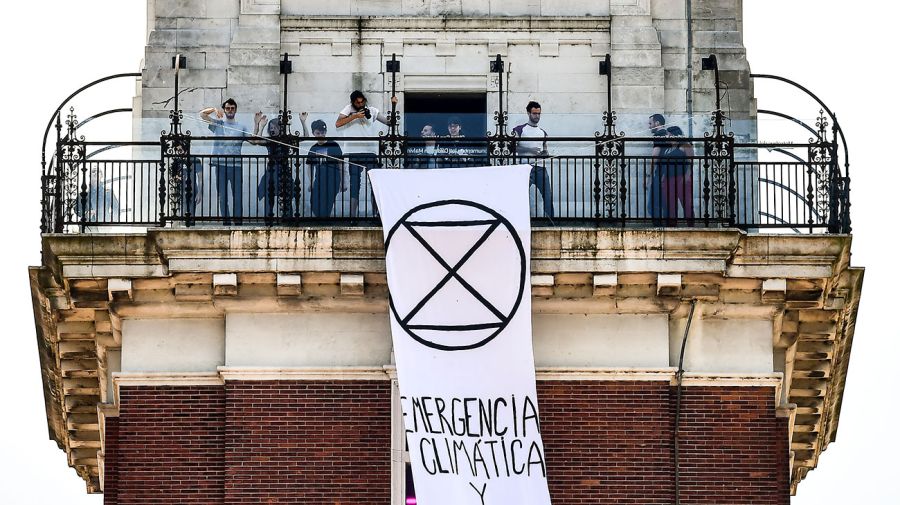 And dozens blocked bridges in the Canadian cities of Toronto, Edmonton and Halifax.

The movement is partially credited with pushing the UK government in June to become the first in the Europe Union to commit itself to a net-zero target for harmful emissions by 2050.

Extinction Rebellion is demanding governments reach that target by 2025, as well as holding "citizens assemblies" to decide on policies to achieve that aim.

The parliament in Norway, not an EU member, in June adopted a target of 2030.

There has been less movement in other parts of Europe or the most impacted cities of Asia.

And not everyone out on the streets was impressed with the campaign.

"They're taking it out on everyday people trying to go about their business. They should go after big people," London taxi driver Dave Chandler told AFP.

Extinction Rebellion counters that emergencies like the one heating up the climate demands action from everyone across the world.

Hundreds barricaded themselves inside a Paris shopping center for hours over the weekend.

Groups unfurled banners with slogans such as "Burn capitalism, not petrol" above Paris restaurants and fashion boutiques.

And hundreds brought blankets and sleeping bags to one of the main roundabouts in central Berlin, which police expect to be shut down for many days.

Sydney assistant police commissioner Mick Willing accused protesters of putting themselves and others at risk, warning that such disruptive protests in the future would "not be tolerated."

Censorship is on the march

US Republicans break with Trump, foreshadowing battle ahead 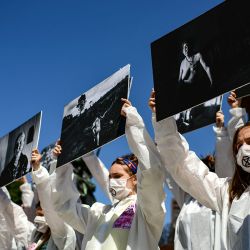 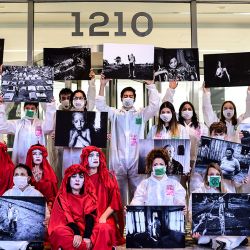 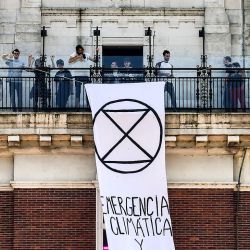