By Kelsy Kretschmer, Oregon State University, via THE CONVERSATION*

What is the Wall of Moms?

The place of progressives in a capitalistic world

Wall of Moms grew out of the Black Lives Matter protests in Portland, Oregon, the United States. The Donald Trump administration deployed Department of Homeland Security federal troops to confront protesters that gathered daily in front of a federal courthouse downtown. The troops were aggressive with protesters, including firing “less-lethal” munitions, tear-gassing crowds, and pulling protesters into unmarked cars.

Shocked by the violence to protesters, a local woman, Bev Barnum, posted to a social media group dedicated to working moms, asking other members to help her create a barrier between the troops and protesters. The first night, a few dozen women showed up, dressed in coordinated “mom gear” – shorts, sneakers, yellow T-shrits and bike helmets. Their presence struck a chord and images of the moms went viral. In the following nights more and more women showed up to join them. Over the next two weeks, the “mom tactic” spread to two dozen other cities.

Where else have women used the mom identity in a protest?

We can find many examples of protesters using their status as mothers from all over the world. One well known example is the Madres de la Plaza de Mayo in Argentina. In the late 1970s, mothers began showing up in the public plaza in front of the Presidential Palace, carrying pictures of their children and demanding answers from the military dictatorship responsible for their disappearance. They began to coordinate their appearance, all wearing white scarves as a way to identify their movement. The regime was hesitant, at least at first, to publicly attack mothers. Their status gave them at least a bit more protection to make claims against the government. Mothers have similarly organised in Sri Lanka, protesting the disappearance of their children as a part of the civil war there.

There are examples in the United States, as well. Mother’s Day originated in 1908 by Anna Jarvis in honour of her peace activist mother. She called for mothers across the world to demand an end to war. Mothers Against Drunk Driving (MADD) was organised in 1980 by mothers advocating for stricter laws and penalties for intoxicated driving.

More recently, Moms Demand Action for Gun Sense began in 2012 with a Facebook post following the Sandy Hook massacre of children and teachers. Mothers Against Senseless Killings has been organizing in Chicago to reduce gun violence in that city. And Black Lives Matter has produced mothers’ groups prior to Wall of Moms. Mothers of the Movement was created by women whose children have been killed by police or racial vigilante violence.

The mom activists in Portland are not the first to frame their activism in terms of motherhood, and they certainly won’t be the last. 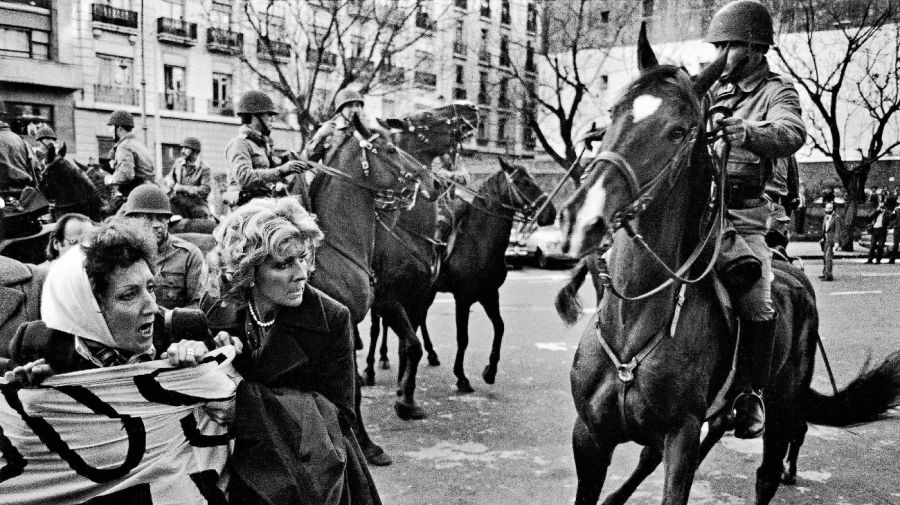 What makes the mothers’ movements effective?

Motherhood has sacred cultural value. Capitalising on sentimentality about moms, the Wall of Moms’ founder initially explained her motivation in pragmatic terms – “Who wants to shoot a mom?” If troops hesitate to assault moms standing on protests’ front lines, then their presence reduces violence for everyone. But the moms were subject to the same violence as other protesters and this transformed the meaning of their participation.

All movements need to convey that they are worthy of support, deserving of sympathy, and victims of larger oppressive forces. By inflicting violence on protesting moms, governments only amplify the message of the movement they seek to quell. In Portland, when (mostly white) moms were tear-gassed and tackled by troops, the movement’s claims about policing and brutality were validated to the broader public.

On a more emotional level, many cultures emphasise the bond between a mother and child as the most profound relationship a person will experience. When women take their love for their dead children to the public square, their grief is salient in a way few other political actions could be. Argentina’s Madres de Plaza de Mayo were the living embodiment of the human cost of oppression. When mothers march, it is this message that they carry. The message resonates because we imagine our own mothers in their place, or we imagine ourselves having lost a child.

Many mothers’ protests groups are created by women who have lost a child to the kind of violence they protest. Their personal mothering identity becomes politically salient. But the driving force for all mom protest groups is the potency of the general mother identity. Motherhood gives women standing they might not otherwise have. Bev Barnum’s story is a useful example. Prior to initiating Wall of Moms, she was not an activist and police brutality was not her cause. But seeing violence toward young protesters spurred her identity as a mom; it gave her a personal stake in the movement.

What are some criticisms that the Wall of Moms faced?

The initial group grew quickly and drew so much attention that many activists were concerned it was eclipsing the Black Lives Matter message. The group was cognisant of the problematic racial dynamics, being a mostly white group showing up at a long-running Black protest. Wall of Moms’ original leaders pledged to follow the lead of Don’t Shoot Portland, a local Black Lives Matter group, but the relationship between the groups shattered when Barnum registered her group as an independent tax-exempt organisation. Disillusioned members fled, forming a new group under the banner Moms United for Black Lives. The new group is led by Teressa Raiford, Demetria Hester and Danialle James – women who have been local leaders in the Black Lives Matter movement.

Even with the federal troops gone from Portland, the protests continue, and the moms still hold their spot at the front. While the initial group burned out quickly, motherhood will certainly continue to play a role. The way it was effectively leveraged in Portland is a bright signal for how to deploy moms on the protest front line.

(* The Conversation is an independent and nonprofit source of news, analysis and commentary from academic experts.)

This article is republished from The Conversation under a Creative Commons license. Read the original article.

Islam: a guardian or a threat to religious freedom?

Where do we go from here, then?

by Kelsy Kretschmer Oregon State University, via THE CONVERSATION*