Chile election run-off likely to be decided by small margin

Former president Piñera has the maths, Guillier has the momentum. With increased demand for copper, another period of prosperity and economic stability could be on the horizon for Argentina’s neighbour.

The winner of Chile’s presidential run-off election on Sunday will likely be decided by a relatively small group of voters, following a surge of left-wing enthusiasm in Latin America’s fifth-biggest economy. That groundswell, evident in the first round of the poll on November 19, has threatened the chances of former president Sebastian Piñera winning the race.

Right up until the November 19 vote Piñera – a conservative billionaire who served from 2010 to 2014 – seemed to be a shoo-in to follow socialist Michelle Bachelet, who cannot seek re-election under the Constitution. But Piñera, 68, is now in a much tighter race than anticipated against Alejandro Guillier, 64, a senator and veteran TV presenter who is Bachelet’s candidate.

Piñera received a lower-thanexpected 37 percent of the votes in the first round. Guillier, on the centre-left, trailed with 22 percent. But on Sunday he will likely pick up support from backers of Beatriz Sánchez of the Frente Amplio (Broad Font) party, the 46-year-old journalist who surprised pundits by coming in third in the November election with an unexpectedly high 20-percent share of the vote. Adding to the nail-biting uncertainty is that no reliable surveys have been published since the first round of voting.

The outcome will decide whether Chile – a prosperous nation of close to 18 million and the world’s leading producer of copper – is governed by the right or the left for the next four years.

“The election will probably come down to a difference of less than 20,000 votes,” said political scientist Marcello Mella at the University of Santiago.

“The mathematics are in favour of Piñera, the momentum is tipped toward Guillier,” another analyst, Francisco Jose Covarrubias, wrote in the El Mercurio newspaper.

Coronavirus severs Brazilian Amazon off from rest of world

The battle for the presidency made for sharp exchanges in a televised debate on Tuesday.

Guillier “has been a senator for four years and an outstanding journalist, but I have doubts that he has the experience, or the teams, or the programme to pull Chile out of the stagnation and frustration we are in today,” said Piñera. “I’m not promising heaven and earth, but I promise that Chile will grow robustly.

Guillier shot back: Piñera “was president of Chile and didn’t do the things that we are putting forward – he promised them, but many of them fell apart.”

Both candidates are fiercely wooing the 13.4 million voters who will choose the next president. Analysts say that a higher turnout should give the edge to Guillier.

He could get that high turnout if he “mobilises people through an anti-Piñera message based on opposition to an oligarchy,” said Mella. Piñera in turn has to win the 500,000 votes cast in the November election for Jose Antonio Kast, his far-right rival.

Piñera undermined his image of an ex-leader riding back into the presidency by speaking of possible voter fraud in the first round. That generated strong criticism and was the final push in prompting Sánchez to say she was voting for Guillier.

As coronavirus spreads, some Venezuelans opt to return home

To make up some ground, Piñera has vowed to maintain free university tuition brought in by Bachelet for some students – contradicting a previous statement that “free things mean less commitment.”

Brian Zuniga, a student who spent US$10,000 for the first two years of his university degree but who now pays nothing, recognised that, “in this election, we count for a lot.”

Guillier has promised to expand the free tuition policy to 70 percent of students and submit legislation that would make it free for all by 2020.

The issue has historical roots: free tuition was scrapped in 1981 under the 1973-1990 Augusto Pinochet military dictatorship. Bachelet partly reversed that in 2016. Many students voting for the first time in the November election supported Sánchez.

Now, “I don’t know who I’m going to vote for,” said Emilia Moya, a journalism student at the University of Chile. “The two are disastrous but one is going to take us back more than the other.” For her, Guillier represented “the lesser evil.”

Chile’s economy is another important issue, and one that Piñera – worth US$2.7 billion according to Forbes magazine – claims he would steward the best.During Bachelet’s term Chile suffered a period of lower economic growth. Its GDP is forecast to expand a modest 1.4 percent this year, the lowest pace in eight years.But increased demand for Chilean copper from China and for the burgeoning electric car sector are starting to buoy exports.

“A new cycle of higher prices for copper and other commodities could easily extend into the middle of the next decade,” said Juan Carlos Guajardo, head of the Plusmining consultancy.

Chile accounts for a third of the world’s copper production, and is expected to turn out 5.4 million tons of fine copper next year, according to the Chilean Copper Commission.

Speaking at a rally in Santiago on Thursday night, Guillier – who was joined by former Uruguayan president José “Pepe” Mujica – said that “history has put me in a place that maybe I did not look for.”

“But I accept the challenge. I want to be president of Chile,” he declared. “This Sunday we can say no to Sebastián Piñera. He represents the past, everything we want to leave behind.”

At his own closing campaign rally, Piñera promised to be the candidate of “unity.” Chileans want “profound changes, but well done, based on the dialogue and not confrontation,” he told the crowd. For both candidates, every vote counts. 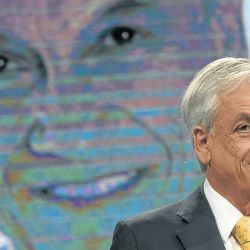 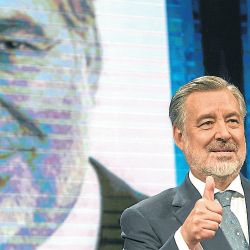