Argentina’s Central Bank has stepped up the pace of money printing to fund government spending ahead of November’s midterm elections, potentially stoking inflation in the months ahead.

Central Bank financing of the government reached 250 billion pesos (US$2.5 billion) in the first 22 days of September, the most of any month this year, according to Central Bank data published Tuesday. With the government cut off from international credit, the Central Bank helps meet the shortfall by creating pesos and transferring them to the treasury. 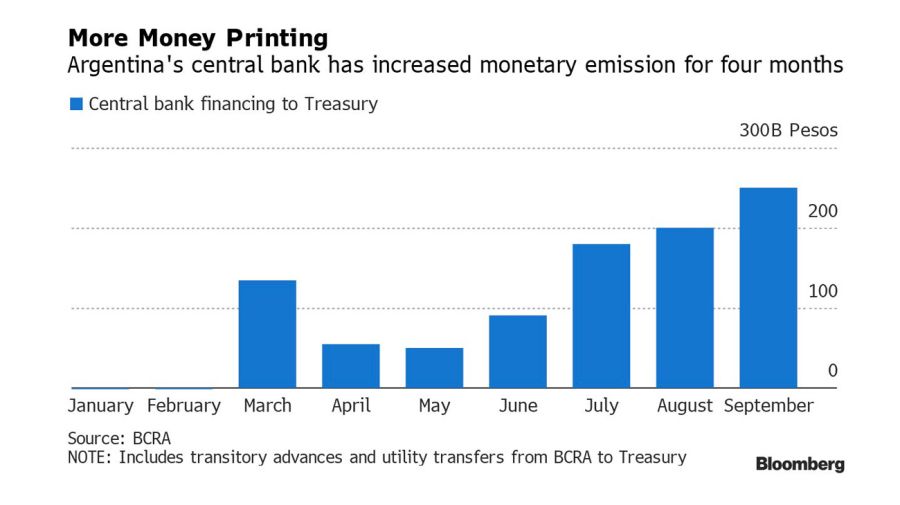 Financing of this type has increased for four straight months as President Alberto Fernández seeks to boost spending on welfare and subsidies before the November 14 vote. Argentina’s annual inflation rate was 51 percent last month, among the highest in the world.

Even after the recent surge, monetary creation has still slowed from the height of the Covid-19 crisis last year. So far this year, the monetary authority has transferred 960 billion pesos to the Treasury, compared to about two trillion pesos for the whole of 2020.