After six years of being 'Closed for business,' everything seems to indicate that the iconic Buenos Aires confitería La Ideal will reopen its doors next week.

The historic venue at 300 Calle Suipacha, near the corner of Avenida Corrientes, close to rival confiterías Del Molino, Las Violetas, Tortoni, La Giralda and La Puerto Rico, among others, was the best expression of the local gastronomic world for a good part of the first decades of the last century. It represents, like few others, the spirit of porteñidad.

Although some minor details still need to be completed, the ongoing works will not prevent the reopening of the emblematic confitería porteña, first founded in 1912 by the Spanish merchant Manuel Rosendo Fernández.

According to architect Alejandro Pereiro, the man responsible for the remodelling and enhancement of the space, it “will not be a flashy reopening.”

“The style of the new owners is to open the doors as if they had been closed the day before,” said Pereiro, adding that it is their normal way of doing things.

“You have to keep in mind that this space generates a lot of expectations. The idea is to avoid an unnecessary flood" of people, he told Perfil.

In a sign of the interest awoken by the iconic coffee and cake shop's reopening, when the journalistic team from this newspaper made its visit to the premises last week, there were repeated inquiries from passersby and the curious about whether La Ideal was ready to receive customers and, if not, when it would re-open.

In accordance with the plan for the reopening, initially only the ground floor of the place will be in use, which has space for just over 150 customers.

“The idea is to take the pulse of the operation of the confitería and then open the first floor. Between the two floors, a total of 350 people can enter,” said Pereiro, one of the managers of the Pereiro-Cerrotti & Asociados architecture studio. 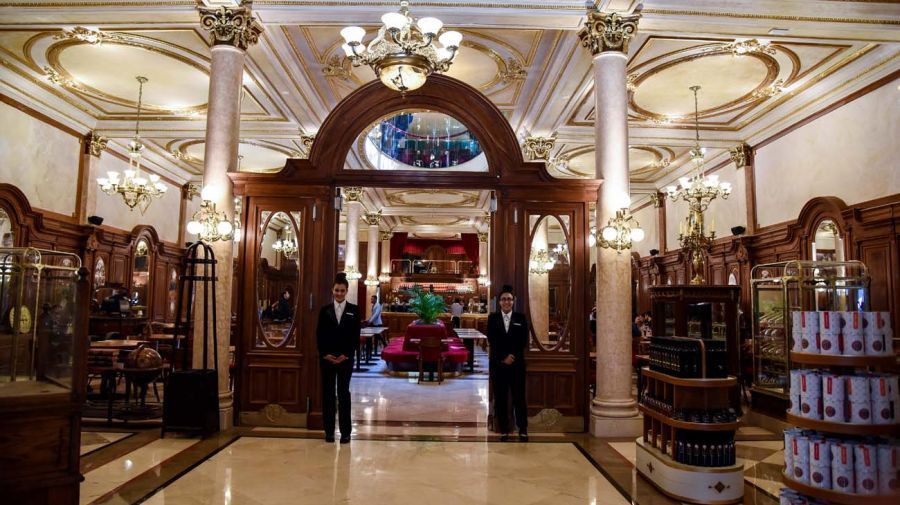 Among the different elements that have been restored are the furniture, French chandeliers, the cedar boiserie, Italian stained glass windows, bronzes, marble and display cabinets, as well as the ceiling and its gold-leaf detail. Some of the elements that had disappeared over the years were also recovered, such as the classic lanterns in front of the building on Calle Suipacha (in this case they are replicas) and the bronze coats of arms, which will now hang on the interior of the main hall. In this case, replicas will also be placed on the front of the building.

During a talk in the main room, Pereiro also highlighted the recovery of the cedar boiserie that decorates the walls of the main room. “It was completely disassembled to later consolidate its parts. The woods were polished and treated with hot natural waxes. This task was carried out over a year by a team of 10 people. In the case of the columns that are in the main hall, they underwent laboratory work until the original colour was found, since they had nine layers of paint on top,” the architect pointed out.

Pereiro's studio was also in charge of the work to restore the value of La Puerto Rico. “The only furniture that was added was a bench in the centre of the room, under the stained glass window. A blindex laminated glass railing was also installed around the ceiling void on the upper floor,” said the professional.

“The porteños and tourists who visit this space will find a world-class confitería, both for its architectural quality and for the gastronomic service it will offer. In addition, it will serve as an example to have an idea of ​​what old Buenos Aires was like at that time,” explained Pereiro, the architect who finally gave back life to one of the City's most iconic tearooms. 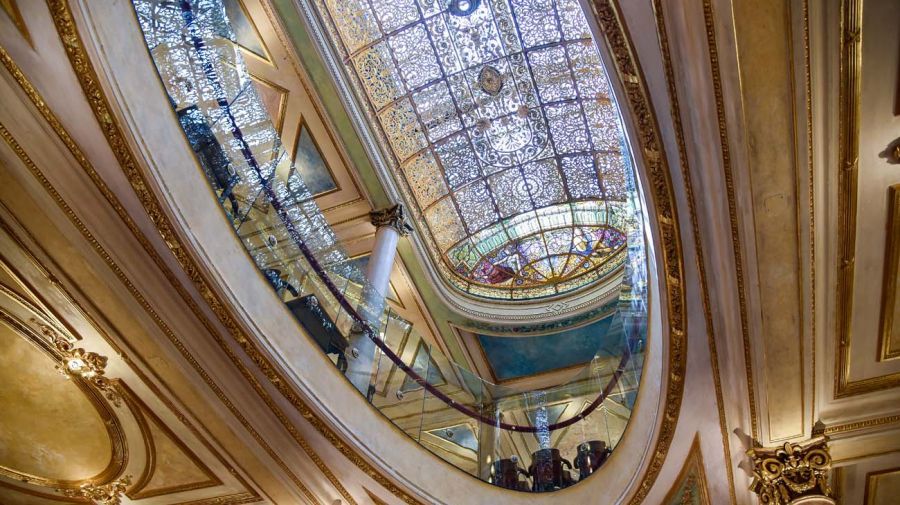 Another Buenos Aires confitería that is also in its final stage of redevelopment works is the La Puerto Rico confectionery, the iconic tearoom at 400 Calle Alsina.

In this case, the construction work is being developed by the same studio of architects who worked on the restoration of La Ideal: Pereiro – Cerrotti & Asociados.

In the first stage of the works, the premises' original façade was restored, in which the traditional red letters bearing the name of the notable bar stand out. Then, experts continued work inside the venue.

Although it was a much smaller job than La Ideal, in which work was carried out across a space of 2,500 m2, La Puerto Rico, founded in 1887, will reopen its doors in the not-too distant future for customers and regulars to return to enjoy a tasty coffee roasted on sight – the specialty of the house.

In this case, and as Pereiro explained, "customers will once again enjoy roasting on sight."

At a bar in Buenos Aires, a new community bonds over a shared hatred of Putin 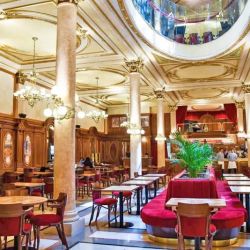 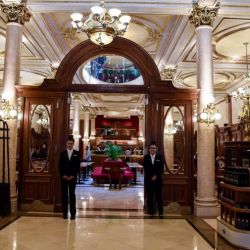 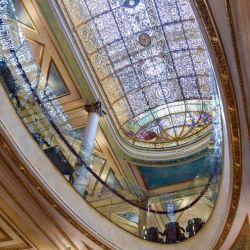