Crime and insecurity dominated the final week of campaigning ahead of the midterms after the slaying of a kiosk vendor delivered dramatic scenes in La Matanza, a closely watched electoral battleground.

The killing last Sunday of Roberto Sabo in the Greater Buenos Aires  neighbourhood of Ramos Mejía sparked indignant protests and clashes with the police for several hours the following day amid lively media speculation that the crime (encapsulating law and order concerns) might prove a game-changer in crucial Buenos Aires Province in this Sunday’s midterms, a potential electoral impact admitted by the government.

Locals, however, were reportedly irked by the fact that Suárez had been freed after serving six years for armed robbery last year (a time of the mass release of convicts in order to head off coronavirus outbreaks in overcrowded prisons). Suspicions of police complicity were also voiced by some residents.

The slaying sparked an immediate politician reaction, with members of the opposition pointing the finger at the government and arguing the release of convicted criminals was evidence that the ruling Frente de Todos coalition is soft on crime.

The response of Security Minister Aníbal Fernández to such concerns was to comment: “[Crime] happens everywhere in the world, in some places more and in some places less,” while Buenos Aires Province Governor Axel Kicillof spoke of a “critical” and “endemic” problem dating a long way back.

The governor, a key ally of Vice-President Cristina Fernández de Kirchner, also stood by his provincial Security Minister Sergio Berni, claiming that the crime rate had fallen under his administration since 2019.

Nevertheless, Berni, who rapidly appeared on the scene of the crime last weekend and was jeered by protesting locals, renewed recent hints as to an imminent exit from office.

Sabo, 48, a familiar figure to locals who ran his kiosk for some 35 years, was buried in Morón on Wednesday. Amid a media scrum, the dead man’s son Nicolás said of Suárez: “May he rot in jail!”

Insults directed at La Matanza Mayor Fernando Espinoza were widely heard but afterwards the public anger began to die down.

The Juntos opposition coalition lifted all their Greater Buenos campaign rallies in the first half of the week on the basis of the crime.

The national government, which initially did not comment on the killing, finally addressed it on Thursday. Confirming that President Alberto Fernández had not spoken to the family but was "available to talk whenever they want," Presidential Spokeswoman Gabrilea Cerruti said the Casa Rosada was "deeply disgusted by the electoral use of the tragedy and pain of a family."

Most observers saw that comment as a dig at opposition hopeful Facundo Manes, who posted a widely criticised tweet on Thursday featuring an image of him hugging a person in the neighbourhood accompanied by the slogan: "Embracing the pain."

Citing figures quoted by Berni a day earlier, Cerruti claimed that homicides in Buenos Aires Province were down in 2021 compared to 2019, with robberies down 23 percent. Homicides in La Matanza, she observed, had also dropped.

She went on to criticise statements made by Buenos Aires City Mayor Horacio Rodríguez Larreta, who said this week he was in favour of lowering the age of criminal responsibility to 16. 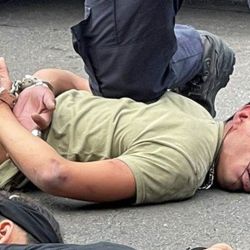 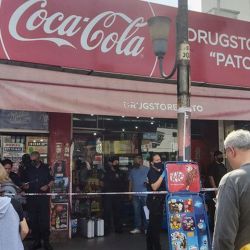 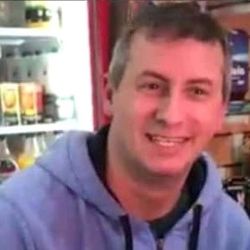 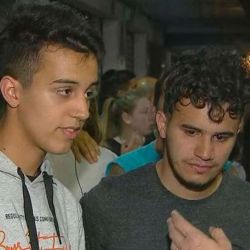