A proposal that would allow the sale and re-zoning of city-owned land on the River Plate is facing severe criticism from residents in Buenos Aires, who have flocked to the public hearings to register their opposition to the bill.

A staggering number of people signed up to have their voices heard by the lawmakers who gave preliminary approval to a initiative by the administration of Mayor Horacio Rodríguez Larreta which allows for the building of blocks of nine-storey apartments by the Rafael Castillo avenue, along with a park just metres away from the world’s widest river.

With 7,053 citizens signed up, the hearing scheduled for November 27 — initially regarded as a mere matter of procedure — has turned into a festival of public consultations, with a whopping 29 meetings on the agenda. The sessions will run until the end of January.

“The project promoted by the City government consists of building a wall of towers on the coast and selling all the surface of the Costa Salguero property,” said Jonathan Baldiviezo, president of the Observatory for the Right to the City NGO and the first to speak via the Zoom platform. “This is an urban delirium,” he exclaimed.

“The officials responsible for the protection of the environment must ensure that this area can be enjoyed by present and future generations, but this is at loggerheads with the construction of 29-metre-tall buildings,” said architect Ljubita Klein, adding that the proposed construction of a heliport on the nearby coastal grounds of Punta Carrasco would end up displacing native flora and fauna.

“Do local lawmakers consider that the creation of a closed neighbourhood of tall buildings does not constitute a barrier to the river?” she asked.

Public hearings began on the morning of November 27, as City officials shared their own powerpoint slides defending the bill that was given preliminary approval by the City Legislature a month before.

“Our goal is to turn a space which is currently privately operated into a big public park by the river,” said Urban Development Minister Álvaro García Resta. “But in order for people to use it, this space needs to be prepared, it needs to have some kind of infrastructure that invites people to stay.”

García Resta insisted that 74 percent of the area of what is now Costa Salguero will become a public park, while the remaining 26 percent will be left for restaurants, cultural centres, hotels and apartments.

Valeria Franck, the head of the Franck-Menichetti architecture firm that won the competition to design the Costa Salguero project, said she felt obliged to defend the initiative after it gained “social media fuzz,” making it clear that the “small built portion” consisted of buildings less than nine stories high.

Other architects were more direct in their defence of the bill.

“Many of the organisations that are calling for action today are doing so based on statements that do not correspond to reality. There was plenty of time to express an opinion, and it was not done. What reason is there to stop progress?” said Carlos Sallaberry, vice-president of the Central Society of Architects. He defied his colleagues opposing the urban development plan (“who now are making pamphlets”) by inviting them for coffee on the coastal grounds once the project is passed.

“When I hear people saying that all have a say regarding the City, what I hear is a big lie,” exclaimed Luis Grossman, from the Estudio Luis & Julio Grossman firm. “We can’t all decide on the City because we’d be living in chaos and anarchy.”

Fabio Quetglas, head of the Master in Cities programme from the University of Buenos Aires, offered a less elegant justification.

“We shouldn't fall to green overspecialisation,” he said. “There's enough green areas in this area of town”

Quetglas, a national lawmaker for the Radical (UCR) party that is allied to Rodríguez Larreta at the City level, said the project may offer porteños “a small window to the river that may widen with time” and that the city neighbours “should see how this works” before complaining.

The debate had gone for a good five-and-a-half hours when Matías Prol, a 21-year-old student, pointed out the lack of young voices of a project that, after all, was part of the so-called ‘Distrito Joven.’

“This is the first intervention by a young person in this hearing,” he said ironically. 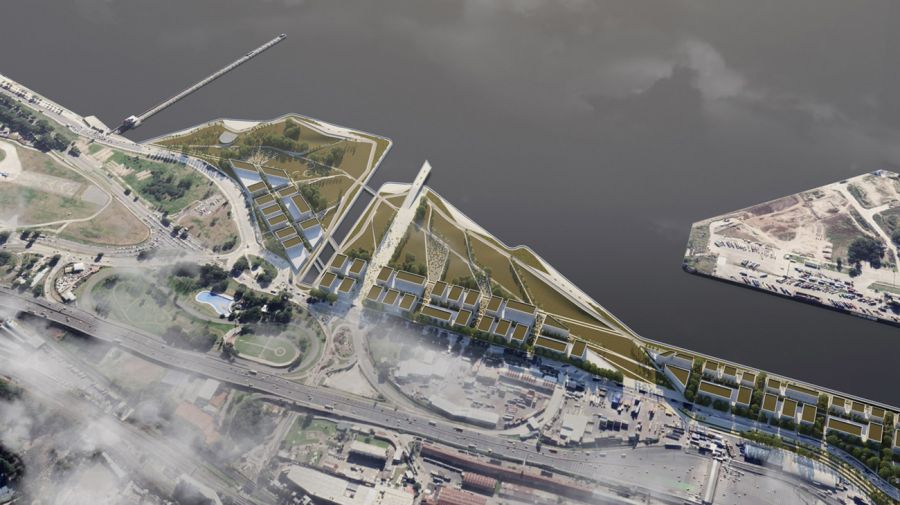 The City’s Constitution establishes that any change to the planning code requires a” double reading,” which means that after the first vote the government must hold a public hearing where experts and people with legitimate interests can voice their opinion on the proposed law.

After this non-binding process, the Legislature may proceed with the second and definitive reading before lawmakers.

The original plan laid out by the Rodríguez Larreta administration was to hold the public hearing in November and then pass the bill before the end of the year. But the record number of citizens signing up has shaken the schedule. As days went by, architects, landscape planning experts, biologists, university professors, lawyers, members of NGOs, documentary filmmakers, cyclists, human rights activists, teachers, retirees, and students voiced their concerns.

During her five-minute public testimony, a civil engineer by the name of María Eva Koutsovitis reminded the audience that the capital is one of the metropolises with less public green space per capita in the world and that the City will face increasing floods and heatwaves because of climate change in the future.

“If we learned something from this pandemic is that the city's green spaces are too few. One only needs to walk the streets to get to that conclusion,” said in turn Martín Lemma, an architect specialised in urbanism. “The world has changed after the coronavirus and the Costa Salguero project has not. The renders and visualisations I saw show some interesting possibilities, but they belong to another world, a world that had not experienced what we saw in the last few months.”

Many compared the proposed development to the exclusive Puerto Madero waterfront.

“We already have one Puerto Madero, a neighbourhood where parks are packed with people and restaurants are half-empty,” said Guilad Gonen, a young man from Villa Crespo. “A place where in order to sit down for a mate or to play football with your kids you need to break through a luxurious neighbourhood.”

Gonen lamented that local authorities put an architectural competition out to tender for private practices, instead of bringing up the development resulting from a multidisciplinary approach.

“I mean, what would they propose after all? Erect buildings, of course! They’re architects. That’s what they do. What strikes me as crazy is the fact that this is the only option we have, the only perspective being presented to us,” he added.

At least during the public hearings, those in favour outnumbered those against by around 99 to 1. Anyone switching to the Legislature’s YouTube channel to follow the debates could spend hours before hearing someone actually supporting the project.

The majority of those opposing the development called for the creation of a “huge public park” on that same grounds, considering that the concession of the private firms operating in the area comes to an end in 2021.

Many, in a nod to the recent departure of an Argentine icon, said the park should be called “Diego Armando Maradona.”

Slow boat to China… and everything else 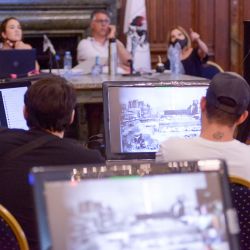 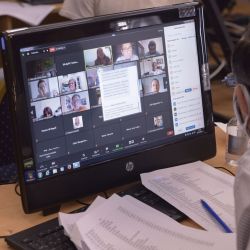 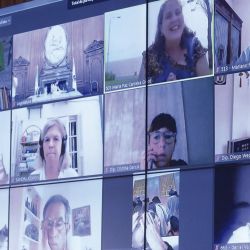 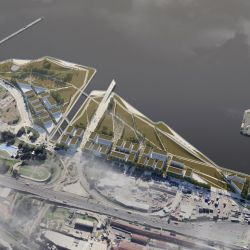 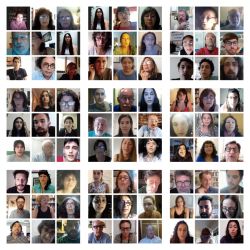