At least six police officers in Chaco Province have been removed from their posts after a video that went viral online exposed a shocking attack on members of the indigenous Qom community in Argentina's north.

The incident took place in the middle of the night on Sunday, May 31, according to reports. Police officers from the region's third precinct broke into a home in the Banderas Argentinas neighbourhood near the town of Fontana, before launching a vicious assault on residents.

The violent attack was illegal, carried out without a search warrant and resulted in four individuals facing beatings, the firing rubber and lead bullets and alleged sexual abuse.

According to one local newspaper, Diario Norte, the officers arrested and transferred two women and two men, in addition to attacking another woman who was at the scene.

Family members of the victims broke ground this week to claim that the detainees were injured and tortured at the police station to which they were transferred. The complaint against the officers has been bolstered by mobile phone footage recorded during the assault, which went viral the following day and features shocking scenes from the attack.

Government officials denounced the attack, with many of whom declaring their support for the victims and calling for justice.

"We repudiate this illegal, violent and arbitrary action by members of the police," she added.

Speaking Monday, Assistant Secretary of Human Rights in Chaco, Nayla Bosch, said that "impunity will not be tolerated."

"We will advance as far as necessary to guarantee justice for the victims," she added. ​​

Local reports say officers involved claim that the riots were instigated by the youths and that two officers had to be subsequently hospitalised.

However, the mobile phone footage recorded at the scene – first shared online by Revista Cítrica – tells a different story.

After forcing their way in through the front door of a home, officials drag members of a Qom family outside, attacking them and assaulting them.

One police officer is heard on the footage saying "'we already threw alcohol at them, now who sets them on fire?'

The violence allegedly continued at a local police station after four individuals – two men and two women – were taken into custody. 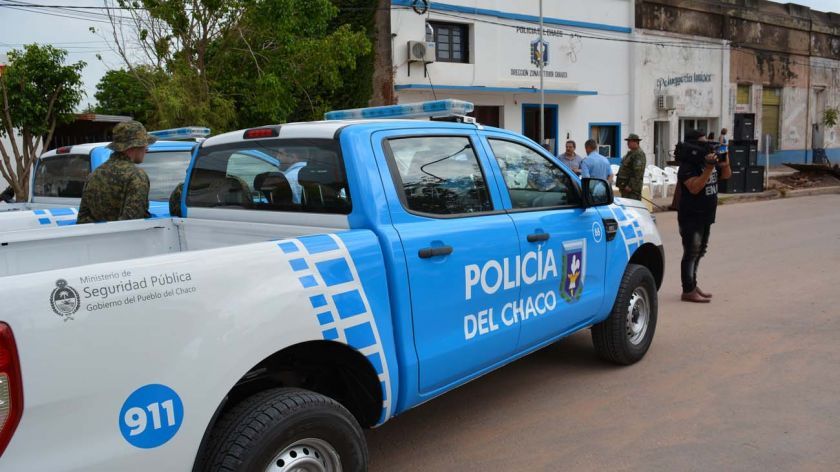 After the attacks, the victims filed a complaint with the provincial Human Rights and Gender Secretariat, in which allegations of sexual assault were included.

The head of that provincial portfolio, Silvina Pérez, confirmed this week that officials had intervened after a complaint had been received to the secretariat's hotline on Sunday morning. A unit specialising in sexual violence is also now part of the investigation, following the complaint.

“We are guaranteeing that the facts of each legal claim can be received. When the Ministry became aware of the complaints, it articulated with the Justice and with the Ministry of Public Health to apply the corresponding protocol of transfer and care,” said Pérez.

An official statement from the Chaco Police Department reported that the operation took place after “two men and two women attacked the third precinct in Fontana."

"After the riots, two officers ended up at the Perrando hospital,” it added.

Cecilia Solá, a local human rights official, disclosed more details of the attack on Wednesday, saying that the members of the Qom community had been tortured while in custody using "methods that lead to very dark times."

"At dawn on May 31, a group of policemen entered [the home] after kicking the door down. Without any search warrant, they took a whole family, kicked the mother of one of the kids, and dragged four young people to the police station," Solá told Radio Rivadavia.

"At the police station they were tortured with methods that lead to very dark times: they turned off the light, beat them, sprayed them with alcohol to the cry of 'fucking Indians' and, after
spraying them with alcohol, they made jokes with lighting a cigarette nearby. "

"The stories border on the incredible," she said, adding that one young man and his mother were left "with a smashed face" from "a police rifle," and that a 16-year-old girl had been the "abused" at the hands of the officers.

President Alberto Fernández commented on the shocking scenes this week, posting on Twitter that the "images of institutional violence" seen in Chaco "were unacceptable." He observed that the eradication of such acts suffered by minorities and indigenous groups were a pending "debt" of Argentina's democratic era.