It seems implausible that in our country, the fruit of immigrants, fascists are germinating and that there is an infrastructure that enables them to increasingly summon and enlist followers of these ideas.

Fascists, negationists and violent individuals have found, in social networks, an extraordinary amplifier for their messages of hate.

In the past, they could distribute their anger and hostility via pamphlets, meetings in rented premises, cassette recordings and other methods that involved a great amount of effort, time and money. Distribution was less widespread and limited to a geographical range of action. But today, social networks offer an easy-to-use, zero-cost tool with global reach.

Facebook, Google and Twitter have reshaped the world, but their talent and technology allows hate to have more and more subscribers and more and more followers.

The French are at it again

In Argentina, nobody seems to be paying attention to the problem.

A quick tour of the largest social networks reveals how their algorithms quickly absorb the content of hate-filled pages and push users towards other similar ones.

After clicking to follow one such group on Facebook, for example, the platform tempts a user with not just one but a host of others along similar lines via its “related pages” module. In seconds, and with just a few clicks, it’s possible for a user to subscribe to a score of groups that emit messages of hate, discrimination and prejudice. 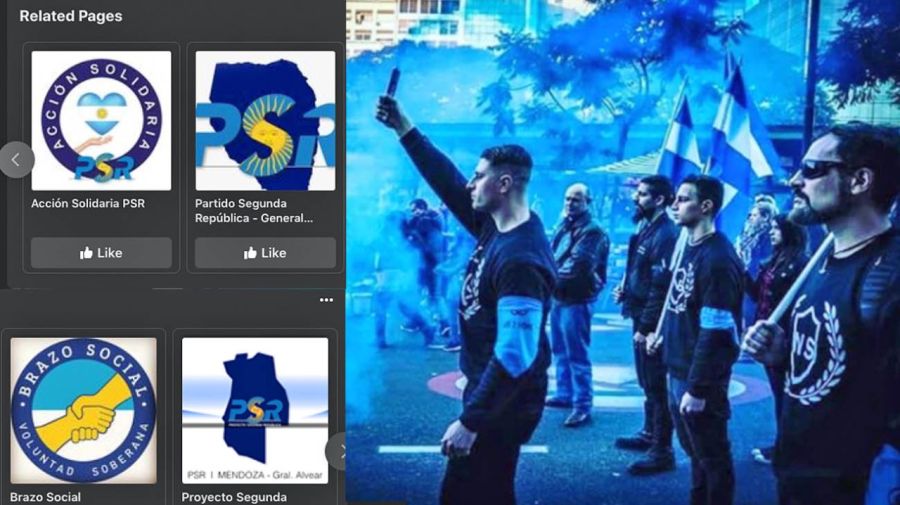 The algorithms work based on the knowledge that subscribers to the first group are also likely to be in the others, sharing similar interests (be it hatred, discrimination or symbolic violence).

One popular such group is the Nueva Soberania [“New Sovereignty,” or NS, as in ‘National Socialist’] group, commanded by Gustavol Schulz. It has 182,000 followers at the time of writing.

– first, that youth and the young are the leading players;

– second, it’s clear Nazi philo-symbolism (leaders of the group have offered answers as to why the groups initials, insignia, clothing and messaging carries similarities with Nazi imagery, but they read like excuses).

Youth indoctrination is a move to exploit the sense of belonging that is so common in this age group. Messaging online is supported by in-person (or virtual, given the Covid-19 pandemic) reading groups and weekend "camps" or meet-ups that bring the virtual world into the real one.

Online recruitment to such causes have also altered the materials used in the past to spread hate. On social networks, there are no longer long texts or proclamations, as well as manifestos; today, everything is summarised in a photo – a pose, an image, a drawing conveys the message more efficiently. 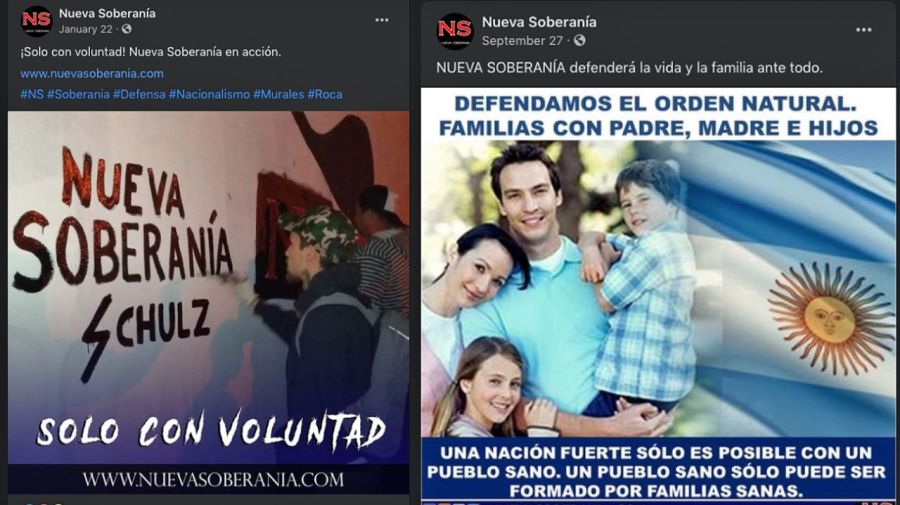 Nueva Soberania’s call to action is a militaristic demand for a society led by a "natural order." It is a biological order that must not be broken, with the vision of masculinity (the father) at the centre of every family in a healthy society.

Young groups are channelled and invited to join the group’s ranks through another group called "Nueva Soberania Juventud," the seedbed where ideas are planted to germinate. Violence is present in the imagery shared, in all formations and in all activities. "Nature hates the weak" is another clear supremacist discourse that is taught to Argentina’s young citizens.

Unsurprisingly, a stark anti-Semitic message is explicitly present: there are references to “defending Patagonia” against the risk of losing it to the Jews, a reference to the well-known Plan Andinia conspiracy theory, an alleged plot to establish a Jewish state in parts of Argentina and Chile. The constant messaging encourages and enables comments of the same tone from followers of the page.

Likewise, a series of discriminatory comments and expressions can be observed on the TLV1 broadcast channel, a YouTube show which has sparked outrage for white supremacist and anti-Semitic output. The channel has repeatedly referred to the elimination of content on Facebook that denies the Holocaust, a development they blame on the network’s founder Mark Zuckerberg and the so-called “Jewish narrative.”

The aforementioned channel regularly focuses on issues such as the alleged control of the world by shadowy "groups" or "world powers" that conspire to dominate the planet. Intolerance of sexual diversity or any position with a gender perspective. Hatred and conspiracy are represented in a polymorphic way.

TLV1 is a pseudo-communication medium that has 189,000 subscribers on YouTube alone, and more than 3,000 online videos. Attempting to increase its credibility, it adopts the look and feel of a traditional television news and political programme but is only broadcast on platforms. With a strong audience in Mexico, it is aimed at a segment of those aged 40 and over. 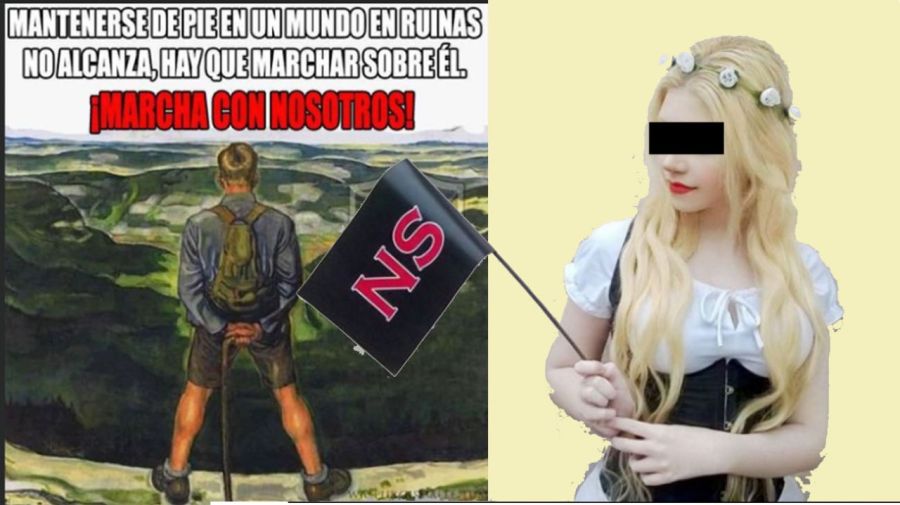 Many of these groups are linked explicitly and implicitly to nationalist politician and Frente Patriota leader Alejandro Carlos Biondini, a figure who has adapted to these new times under the umbrella of his political party.

Biondini became a celebrity in a number of different groups of similar ideology and his statements are exhibited with his photos and videos as validation among users. Facebook and Instagram have allowed for the creation of perfect constructions of images that represent and convey ideas and concepts more effectively than an affiliate speaker or a precise pen.

These online hate groups are, for the most part, financed via donations and from third parties, often using the power of the networks to raise funds. Mercado Pago is the platform, chosen for its ease of recurring charging monthly or one-time values ​​ranging from US$1 to US$10. Donations can also be transferred directly to their bank accounts and there are even cryptocurrency electronic wallets. Some, it was possible to verify, have recorded transactions worth more than US$3,000 to date.

Social media platforms, though they offer the possibility for users to report violent or hateful content, are ineffectively policed. In very few cases are channels or pages truly removed. And in any case, what are the chances that a member of a group or channel will report material with which they agree and/or enjoy? Therefore, the reporting of offensive material is made only when an external person makes contact with these pages. Deleting a post or photo reported from a community is like a slap on the wrist, but the channel continues to function. The only thing that is achieved is that the next time hateful content is generated, it will be shared in a more surreptitious way. For ‘unattractive’ markets like ours, social media platforms allocate fewer staff to work on the verification of a complaint. 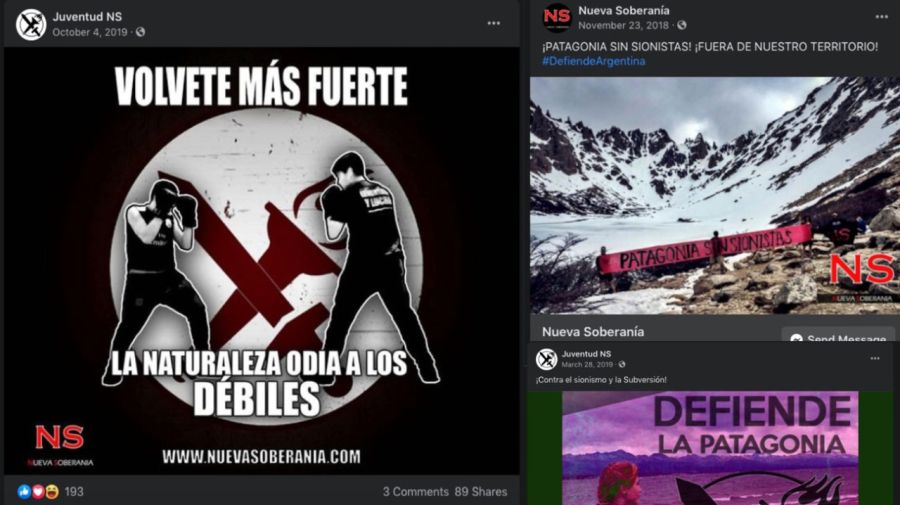 However, it is also possible for these networks to group, promote and distribute ‘good.’ The fact that these technologies do not generate the necessary antibodies to eliminate the bad is the result of the expansive plan they adopted to gain market share.

We all know – not least those of us who work in the press – that negativity ‘sells’ more than positivity. Algorithms have been trained to distribute what “sells” the most, that is, the bad. Unfortunately, hate is to the social media business what nicotine is to the tobacco business.

As William Shakespeare said, "if the masses can love without knowing why, they also hate without much foundation."

Author's note: not all of the linked groups have been cited in this text, so as not to advertise them in media outlets.

This article originally appeared in the Perfil newspaper and has been translated and edited. It can be read in the original Spanish here.

is an expert in technology, TV and Radio columnist and digital business consultant.