With Argentine markets in meltdown as investors look ahead to an all-but-certain election loss for President Mauricio Macri, one bond stands out as a surprise winner amid the carnage.

A convertible note from MercadoLibre Inc., the Buenos Aires-based e-commerce company with operations across Latin America, has trounced its peers with a 72 percent return this year. That’s the best performance in all of emerging markets.

While notes from companies such as oil producer YPF SA and phone carrier Telecom Argentina SA tanked last month, MercadoLibre has avoided the worst of Argentina’s mess by relying on its home country for less than a quarter of its sales, while getting a boost from paying many of its workers in rapidly depreciating pesos. Analysts are also encouraged by the company’s plan to grow its business processing payments for other retailers, believing it could make MercadoLibre the dominant player in the region for years to come.

“MercadoLibre has become recognised by investors as one of the best ways to play fintech in Latin America,” said Marvin Fong, an equity strategist at BTIG in New York who has a neutral rating on the shares. “They are kind of following the playbook that Alibaba blazed with Alipay.” 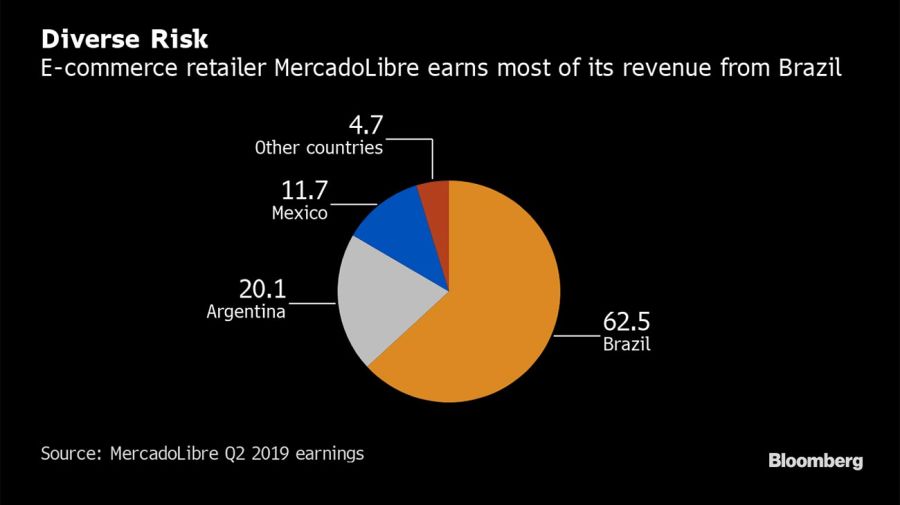 Of course most of the gains in the convertible note are linked to the company’s stock performance; MercadoLibre’s New York-listed shares have more than doubled this year.

MercadoLibre hasn’t escaped entirely unscathed from the turmoil in Argentina, which was triggered by a primary vote last month that signalled the Peronist opposition is likely to take over the Presidency. On August 12, the day after the vote, the stock dropped the most in eight months and is now down 15 percent from the record close it reached before the ballot. The bond is more than 10 percent off its peak price.

Chief Executive Officer Marcos Galperín had been vocal in his support for Macri before the primary, but made a quick pivot once it became clear his preferred candidate was unlikely to win. He became the first Argentine CEO to meet with opposition contender Alberto Fernández in the aftermath of the vote.

“My stance in the campaign was public and clear, and the fact that they received me and listened to me to discuss the country going forward was very positive,” Galperin said.

Of MercadoLibre’s 8,500 employees, about 4,200, including top management roles, are based in Buenos Aires, according to a spokeswoman. She declined to comment on cost savings from the 33-percent depreciation in the peso this year, the worst performance in the world.

“While Argentina represents 21 perfent of MELI’s revenue, the country represents a higher percentage of its costs,” said Julie Chariell, an analyst at Bloomberg Intelligence. “In fintech, where the company is focused this year, over 50 percent of costs are in Argentina.”