Inflation accelerated by 3.5 percent in September from August, above the three percent median estimate of economists surveyed by Bloomberg and a full percentage point higher than the previous month. From a year ago, inflation reached 52.5 percent, according to government data published Thursday. 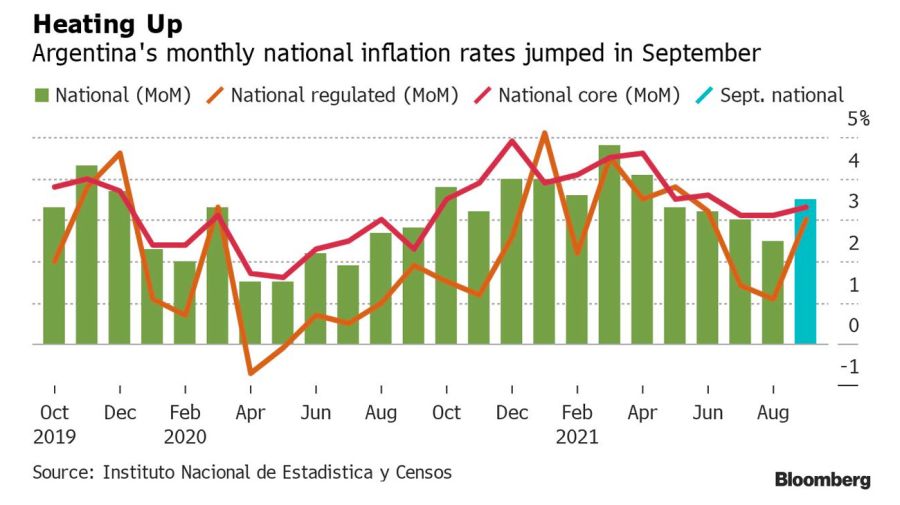 Clothing, food, healthcare, restaurants and hotels led price increases in September. The monthly reading was the highest since April.

Fernández took the measure a month before Argentines’ cast ballots in the November 14 midterm vote. Economists expect monthly inflation to accelerate in the final months of the year.