In the midst of a key stage for Argentina and its need to reduce its emission of greenhouse gases in compliance with the Paris Agreement, Argentina is advancing towards the construction of two new nuclear power plants – one with Chinese Hualong technology and another Candu reactor combining national knowhow and Canadian support.

The two projects are of strategic importance for geopolitical relations, while carrying the potential to translate into thousands of jobs, new knowhow and a doubling energy output for the next 15 years.

​​Since the Frente de Todos government came to power in December 2019, nuclear policy has again become important for development. Last April contacts with China were resumed in order to restart a negotiation to build a new nuclear power plant with enriched uranium and light water. The idea is to reactivate plans which had stagnated during the previous Mauricio Macri administration.

"When we came to power, we began to plan our future with a short-term programme and a strategic plan because nuclear projects are long-term. In that framework we will first start constructing a power plant of 1,100 megawatts with Hualong technology and for that we need to conclude the negotiations to formalise the contract and commence construction during the second half of next year,” said José Luis Antúnez, president of the state company Nucleoeléctrica Argentina S.A. (which manages Atucha I and II and Embalse, the three power plants operating in this country, among other things), told PERFIL.

According to Antúnez, it will take eight years for Argentina’s fourth power plant to be constructed, as from the conclusion of agreements and the necessary paperwork to unlock Chinese funding.

The negotiation will thus have two stages – the first for Nucleoeléctrica Argentina and the CNEA (Comisión Nacional de Energía Atómica), to agree with the Asian giant on a contract also including technology transfer for the local manufacture of the fuel for that power plant.

“We estimate that the conversations will stretch until November or December,” said Antúnez.

The second stage seeks to place the project within the bilateral agreement signed in 2014. The Energy Secretariat will head the parallel negotiations linked to the “financial package” which must be put together again since “the deadlines have expired,” according to the Nucleoeléctrica chief.

“Once we advance in that, the authorities of both countries will sign up and construction will start, something we hope will happen in mid-2022,” he estimated.

“We’ll be moving ahead with preparing the terrain with soil studies and paving the access routes,” as well as assembling the structures to store the energy and water and supplies “for the 5,000-plus workers who will come to Atucha where the power plant will be,” said Antúnez.

Nucleoeléctrica is already thinking of building a fifth nuclear power plant, which is to be a “national” project supported by Canada, the country which transferred the technology which is to be used. In that way the bilateral energy relations, which began four decades ago with the construction of the Embalse power plant in Córdoba, will continue for at least 40 more years.

The general lines of that project are already defined – it will be a plant with natural uranium and heavy water with a reactor based on Candu technology, which will have local funding and “a programming different from the usual.”

“We’ll do the engineering at Embalse where we have deposited all our experience in the construction, design and operation of such power plants. We will thus count on the technicians and professionals of the zone to produce the components, which will be a great deal and locally manufactured, concentrating the resources of our engineering and metal industries,” explained Antúnez.

While the country acquired the technology years ago, the knowhow has been updated due to the recent conclusion of a key process, namely the extension of the useful life of the Córdoba power plant, which is already up and running.

“We still haven’t chosen the site where we’re going to build. It could be along some waterway or near Atucha. We’ve left that for further down the road because we are going to be concentrating on manufacturing the components,” anticipated the state company boss.

Between the two plants, the Energy Secretariat projects doubling the country’s installed energy potential during the next 15 years.

“With the three power plants now running we have approximately 1,700 megawatts combined. When the Hualong and Candu reactors come on stream, we’ll be adding a similar quantity to the installed capacity of Nucleoeléctrica,” maintained Antúnez.

Consulted as to the importance these projects will have in geopolitical terms, said the official, who considered that “it will signify long-term bilateral relations” and, in the case of China, “the start of some long-lasting scientific and commercial links, as happened to us with Canada as from Embalse.”

“When we build the Candu power plant, while it will be a national project with our technology, there will be Canadian participation,” he concluded.

Argentina is also advancing towards recovering the heavy water plant at Arroyito in Neuquén, which was deactivated during the Cambiemos government with its workers fired. That plant produced an input of vital importance for Atucha I and II and Embalse which will also be used to run the Candu power plant – deuterium oxide.

That substance is currently imported from abroad, which implies a greater cost for local production. As for the negotiations to revive it, PERFIL has learned that “the project is advancing since the Energy Department took the necessary steps to recover the production of heavy water of national origin.”

Despite having to resort to foreign markets, the three power plants are consuming 25 tons of heavy water annually, so that “we are not importing great quantities.”

Once the recovery of the Arroyito plant has started, it will be necessary to wait a further year before again supplying the power plants. 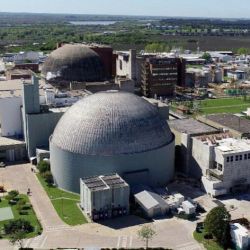 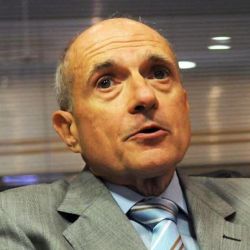 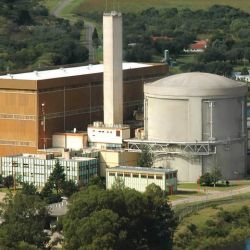 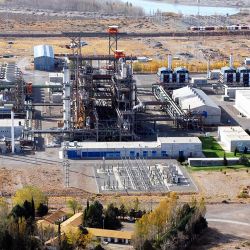