Marking 156 years since the first Welsh settlers reached the shores of Golfo Nuevo in southern Península Valdés, Gaiman Mayor Darío Ernesto James Owen recalls the welcome afforded to the newcomers by the indigenous peoples of Patagonia.

"My grandmother always told me that if it had not been for the Tehuelches teaching them how to blend into their rough natural surroundings, including how to hunt and use boleadoras [a type of throwing weapon], it would have been impossible for them to survive," says the mayor.

The first 153 Welsh settlers to arrive in Argentina – 28 married couples, 33 single males or widowers, 12 female adults and 52 children – landed in what is today the province of Chubut, after 64 days sailing aboard the Mimosa, a three-masted schooner which had sailed out of the port of Liverpool on May 25, 1865.

The landing marked the beginning of one of the most amicable processes of integration registered between two peoples knowing nothing of each other. Despite their enormous differences in culture, language, origin and beliefs, the Welsh and the Tehuelches could coexist without bloodshed or submission beyond certain incidents.

Gaiman was not the first locality to be founded in Chubut but it was the first municipality to be incorporated after then-territorial governor Luis Jorge Fontana called on the 175 voters to elect their first town council democratically on August 14, 1885.

Its place name means "stone point" in Tehuelche. Gaiman is considered the epicentre of Welsh tradition, as displayed by its brick walls, Methodist chapels, Eisteddfod festivals of music and poetry, bilingual schools (Spanish and Welsh) and its famous tea houses.

"We’re now working with great enthusiasm to restore the stone house which was the first building constructed by the settlers " said Diana Owen Williams, Gaiman’s cultural director and a fourth-generation descendent whose forebears "arrived in the sailboat Vesta."

So why did the Welsh pick Patagonia and more exactly the lower valley of the Chubut River?

Most historians writing on the phenomenon recall that the demand of heavy industry for iron and coal, abundant in Wales, triggered a veritable "English invasion" during the 19th century, threatening their culture and fundamentally their language.

"It has been said that the Welsh sought self-government in the Argentine south, which was never considered for the simple fact that it was against Argentine territorial law, but they did have the outlandish idea of making Welsh the main language in that new Argentine province," wrote historian F. E. Roberts.

Gaiman’s mayor goes beyond that. "In Gaiman there are more Welsh-speaking people than in Wales itself where it has been gradually lost and everybody speaks English,” says Owen. “If the dream of the settlers was to keep their language alive, I think they won that cultural battle in part."

What at first sight seems an exaggeration might not be, taking into account that when the Welsh premier Cawyn Jones visited Chubut in 2015, he could only express himself in English, to the surprise of his hosts.

Another tradition typical of the community is local "Welsh tea," accompanied by pastries among which "black cake," only prepared in Patagonia, is said to be based on recipes made by the first settlers with ingredients of the zone and what little they had brought with them.

The Landing Festival celebrating the anniversary takes place every July 28, with tea served in the local Welsh chapels, which take advantage of the occasion to raise funds for their own maintenance.

"It won’t be possible this year, as it wasn’t last, but one day this will all be over and we will meet again," said the local Bryn Cryn cooperative, which hopes to at least provide delivery or takeaway services complying with Covid-19 restrictions.

Everybody also remembers the arrival of the Princess of Wales, Diana Frances Spencer, more commonly known as ‘Lady Di,' who in 1995 visited the Gaiman teahouse "Ty Te Caerdydd," which sadly had to close down last year due to the coronavirus pandemic. Her speech there was heckled by a local Plaid Cymru (Welsh nationalist) supporter, a member of the Welsh community later told the Buenos Aires Herald. 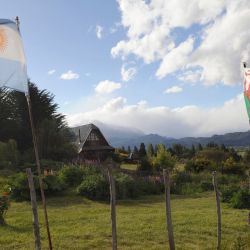 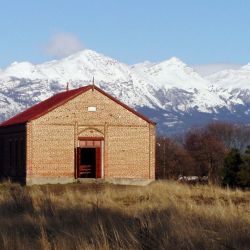 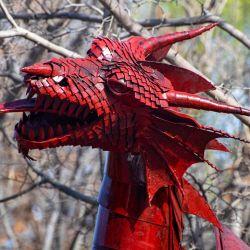 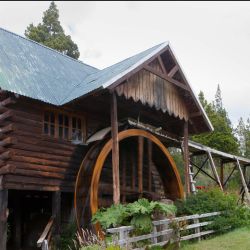 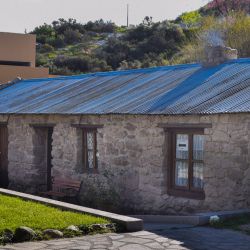 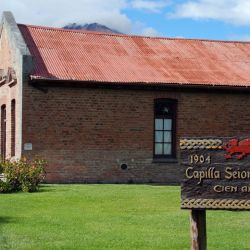 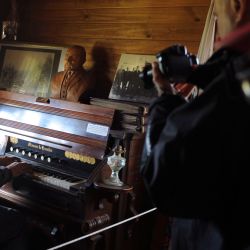 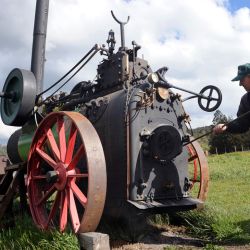