After a long and colorful life, The American Club of Buenos Aires has quietly reached the end of its cycle.

The venue that welcomed presidents and other heads-of-state, jurists, ambassadors, captains of industry, authors, artists and other distinguished orators has been forced to close its doors without giving its members, nor the local American community as a whole, an opportunity to say goodbye.

Since 1954, the historic American Club has offered its members and guests a venue with a breathtaking view of the Teatro Colón and the Palacio de Justicia for weddings, charity events, university alumni gatherings, and other celebrations and activities.

Each of its years in particular would include what would become The Club’s two annual flagship events: a joint celebration in early July to mark the Independence Days of both Argentina and the United States; and a special feast in late November to celebrate Thanksgiving Day.

Founded in 1918, for more than 100 years The Club has served the American community and offered a place for all those with common interests looking to promote and support bilateral relations between the two nations.

However, sources close to the establishment now report that after a long struggle to survive the pandemic-related closure imposed upon it in March 2020, leaving it unable to offer its members and guests the in-person services it thrived on, this iconic and storied institution was finally forced into bankruptcy.

The Club’s demise was a particular disappointment to many members, given its recent resurgence. In 2019, a new Board of Governors was elected that included seven US citizens and six Argentine citizens.

For the first time in nearly 30 years the Club featured a US president, and together the Board pursued inclusiveness, diversity, and a mission to restore The Club’s prominence as a hub for political, historical, and cultural interests. Maintaining its non-partisan stance, the Club hosted political leaders from across most all party lines in an effort to promote dialogue that favored the development and growth of shared interests and ideas.

In 2019, it hosted an unprecedented number of high-profile speaker events, membership breakfasts, happy hours, US Embassy events, American Chamber of Commerce events, and other activities catering to the community. Membership rose and age and gender demographics changed in new directions.

During a heated Argentine election year, The Club offered knowledgeable speakers to educate and inform and a series of membership dinners brought back the Club’s luster as a social venue.

Troubles, however, came to the fore. The new Board of Governors had inherited an expensive cost structure, lawsuits that exceeded The Club’s capacity to pay, and several significant contingent liabilities. The leadership worked hard to address these problems and create a sustainable model that would allow The Club to operate, despite price increases and the members’ desire to keep prices below the rate of inflation.

The Board was particularly mindful of The Club’s past economic problems and its closure just a few years earlier due to its inability to pay wages. Beginning in the 1990s, past administrations had sold, at different times, three of The Club’s four floors to pay off creditors.

The American Club of Buenos Aires has always relied on its members and private institutions representing the US community for support. That support – for reasons related to the economy, changes in demographics, socio-economic events, and finally, the coronavirus pandemic – has slowly disappeared.

On March 18, 2020, a decree from the national government forced The American Club of Buenos Aires to close its doors in response to the Covid-19 Pandemic. As the shutdown was extended, from weeks to months, the Board struggled to pay employees.

Unfortunately, The Club’s architectural layout worked against it. With no open space, no street access for take-away options, and limited seating, by the time the City once again allowed indoor seating, it was too late.

With no operating income for over a year and a half, and members voting against an astronomical extraordinary quota, The Club quietly drew its last breath at the close of last month.

An emotional farewell was shared by many at the last Members Meeting on September 28 but, without options, The American Club of Buenos Aires is now in the hands of the Federal Courts.

Despite the end of this chapter and version of The Club, there will always be a need for a shared space to celebrate the ties between Argentina and the United States. It appears certain that one day The Club will return in some other form and place. While the floors, walls and furniture have been taken away, the spirit that underlies the American Club of Buenos Aires remains.

Esteban Bullrich: ‘The grieta chasm is a decision – you have to choose dialogue and not battle’

Stories that caught our eye over the past seven days: May 6 to 13

'We must continue to remember this story,' say makers of new José Luis Cabezas documentary

The end of the iPod: How Apple's now discontinued music player transformed an industry 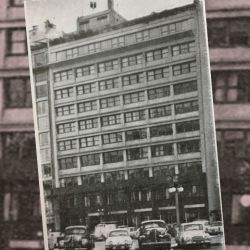 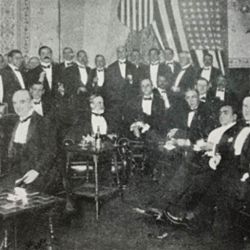 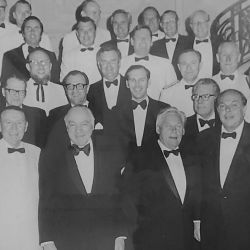 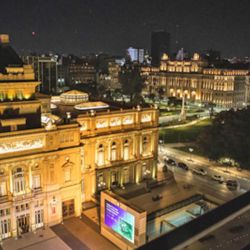 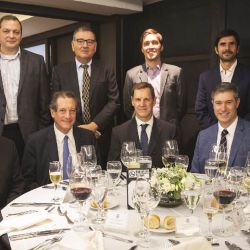 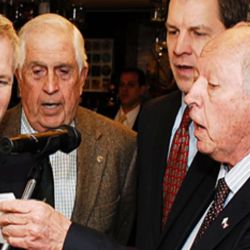 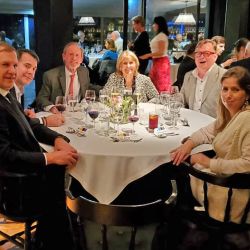 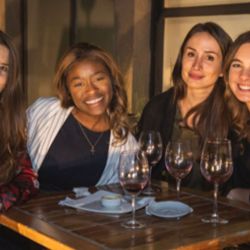