Film has officially returned to the theatre for porteños.

Boasting over 290 films and more than 450 in-person events this year — not to mention the more than 200 features available to stream online — the 23rd edition of the prestigious event runs from April 19 to May 1.

Alongside Porta Fouz stood directors Berakha and Mitre and cast members from Petite fleur. During his introduction, the 48-year-old said with confidence that the entire programming team had agreed that these two films should be shown at the opening.

Porta Fouz said that this year’s incarnation resembles the festivals up until 2019, more so than last year’s events.

“Last year we had an in-person edition, but it was a kind of weird in-person edition, without international guests, with a very small capacity in the theatres, and with theatres and outdoor spaces that were very far apart from each other,” the BAFICI chief told the Times.

With the return of guests and directors from around the world and a full house at opening night, this year can be marked as the true return of the festival, complete with a post-premiere cocktail party.

“There is a festival atmosphere,” smiled Porta Fouz.

Mitre, director and screenwriter for Petite fleur with three films entered in BAFICI in years past, says the joy he felt being in the theatre is a shared experience.

“It is a joy that exceeds me as an individual, but I think it’s a joy that we all have, to be able to go out and share a space and see a film,” he said.

Berakha’s debut short film Ahora ya sé dónde encontrarte is a sentimental six-minute film created using family home videos and Google Earth. The short follows his decision to move from Spain to Argentina as a child using Google Earth’s interactive feature, a notable and creative feat for a film made entirely on a computer.

“We have seen a lot of short films made by people who were stuck inside,” Porta Fouz said, “but this one is magnificent.”

The featured full-length film, Petite fleur is a bilingual comedy told in French and Spanish.

Dark, witty, slightly unsettling and fully captivating, the story follows José, an Argentine man who meets an eccentric neighbour while living in France with his girlfriend and their daughter.

The film “is, above all, a comedy,” Mitre said in an interview with the Times.

The screenwriter from Buenos Aires explained that the many interacting elements of the film — marital humour, music, suspense and the fantastic, for example — come together in “almost a cinematographic game.”

The audience’s reaction throughout the night seemed to prove Porta Fouz correct from early on; some commented emotionally at the short film’s sweeter moments, many gasped at shocking ones in Petite fleur, and the theatre filled with applause at the end of the night.

Mitre, commenting on the film as the event’s opener, noted that his latest creation is, more than anything, meant to bring joy to the spectator.

“I think that’s good to open a festival,” he said.

As for must-see films, Porta Fouz specifically mentioned Carrero, from duo Fiona Lena Brown and Germán Basso, as a notable debut feature to watch out for.

The title references a character in the film, who protagonist Ale, 17, helps to collect the city’s waste, a decision that leads him astray from home.

A day-by-day schedule for the remainder of BAFICI can be found on the festival’s website. 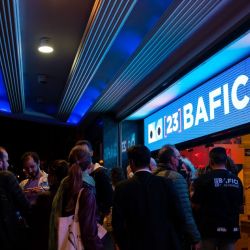 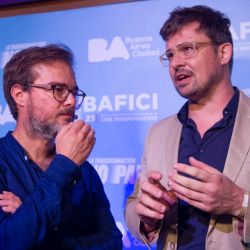 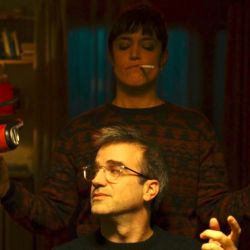