Nearly four decades on from the war that took the lives of more than 900 men, some of the relatives and family members of Argentina’s fallen soldiers are finally beginning to gain some closure.

This week, a group of 65 family members made their way to Darwin Cemetery on the Malvinas (Falkland) Islands to mourn their fallen sons, siblings and husbands. The historic visit was the second humanitarian trip in recent years and occurred in the context of an unprecedented agreement between Argentina and the United Kingdom that led to the identification of 112 unnamed casualties of war. Today, only 10 graves – bearing with the engraving “Argentine soldier only known to God” – remain unidentified.

The trip is also an indication that relations between the islanders and Argentines are warming up, evidenced by a military ceremony held by a Scottish guard paying its respects, and the poignant unveiling of an Argentine flag at the ceremony, a request which was agreed to previously by British authorities.

Andes Flight 682 took off from Ezeiza international airport on the outskirts of Buenos Aires in the early hours of Wednesday morning, making its way straight to Mount Pleasant, a military base that also serves as the archipelago’s main airport.

The 65 family members were joined by a broader contingent of journalists and other visitors, including Human Rights Secretary Claudio Avruj, the only Cabinet member to embark on the emotional journey. The relatives had met with President Mauricio Macri the previous day.

Upon their arrival on the Islands, the landscape’s notorious winds died down as the sun found its way between the clouds, raising the temperature ever-so-slightly at Darwin Cemetery.

Many of the relatives of the 22 fallen soldiers who were visited this week were elderly. A few were in wheelchairs. Some had never even gotten on an airplane before. All of them, upon setting foot in Darwin, felt the weight of emotion on their shoulders, as they made their way to their heroes’ graves.

Some broke into tears, hugging the simple, understated white crosses that mark their loved ones’ resting place. Others stared blindly, in disbelief. The power of their emotions was made even more intense by the surrounding scenery, the hills upon which the famous battle of Goose Green was fought.

The immensity of nature and the isolation of both the cemetery and the islands was evident. And it was only pierced by the Malvinas winds, blowing lightly and lightly rippling the flags and flowers.

Since 2008, the No Me Olvides Foundation has worked with the Commission of the Family Members of Fallen Soldiers in Malvinas, Argentina’s world-renowned Forensic Anthropology Team, the International Committee of the Red Cross, and the Argentine and British governments to help localise and ID all of the previously unidentified inhabitants of the Darwin cemetery.

Businessman Eduardo Eurnekian, of Corporación América, a longtime supporter of the Malvinas cause, has provided financing. Colonel Geoffrey Cardozo initially built the cemetery, dragging the bodies of 230 Argentine military men slain during the 1982 conflict. He sought to identify them on the basis of personal items. Cardozo would later join forces with Malvinas veteran Julio Aro, journalist Gaby Cociffi, Luis Fondebrinder of the Forensic Anthropology Team, garnering the support of musician Roger Waters to set in action a plan of ID’ing the rest of them.

Wednesday’s was the second humanitarian trip, after a first visit by some 200 family members in March, 2018. After paying their initial respects to their slain heroes, the family members watched as a Scottish guard took position, then respectfully bowed their heads as a bagpiper played “Laments.” A religious ceremony ensued, with Argentine priest Ponciano Acosta – also the relative of a fallen soldier – holding Mass accompanied by a local Anglican minister.

One of the most emotional moments of the trip followed, as Malvinas veteran Omar Tabárez played “Silence” on his trumpet, the same one that had been taken from his grasp 38 years ago, when he was taken as a prisoner.

After exchanging wreaths with local officials, and with their tacit approval, the family members laid out an Argentine flag, honouring the fallen.

After saying an emotional farewell to their loved ones, having spent some three hours at Darwin cemetery, the group slowly made their way back to the minibuses that would transport them back to Mount Pleasant base. The flight back to Argentina would last two hours and 40 minutes. Upon arrival they were received by Foreign Minister Jorge Faurie.

On the islands, a silent but omnipresent tension was felt throughout, yet a sense of relief was also palpable. Tension, because many of the family members had finally discovered the resting-place of their loved ones, and relief as they set foot before the graves and finally mourned their loss.

A feeling of mutual respect was also apparent. British military personnel and the islanders accompanied the families, paying their respects, before allowing the Argentines to mourn their kin in peace.

The process of healing old wounds is a long one, but there can be no doubt indeed that the efforts entailed are worth it, and so much more. 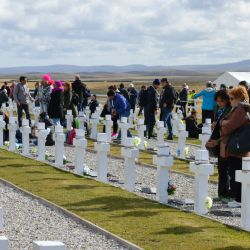 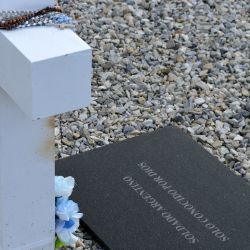 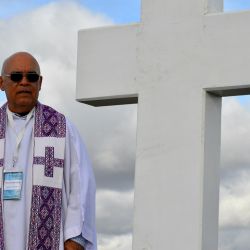 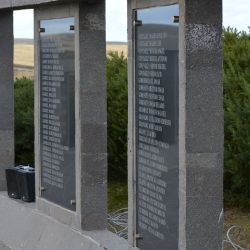 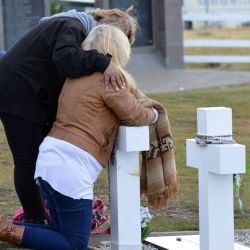 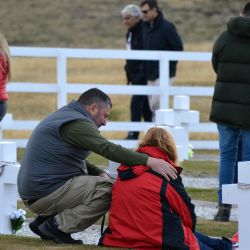 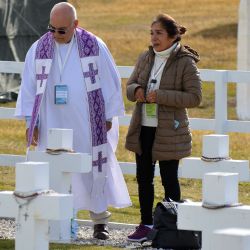 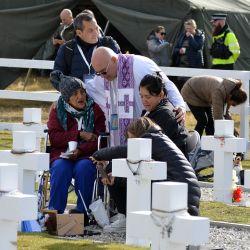 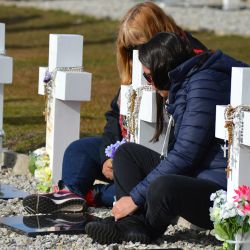 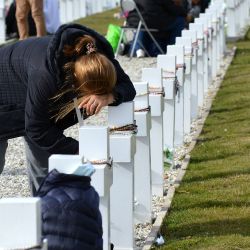 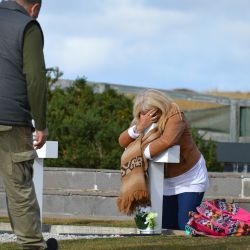 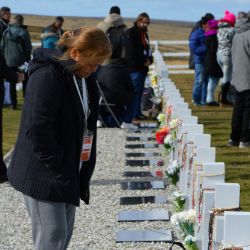 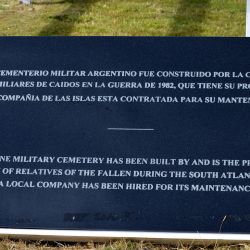