The eight rugby players accused of murdering Fernando Báez Sosa, the 20-year-old law student who was battered to death in the doorway of a Villa Gesell night club last year, will not stand trial until early 2023.

Timetabling issues have forced the postponement of the trial, according to judges.

The accused – who face charges of “homicide doubly aggravated by malice aforethought premeditated by two or more people,” a crime carrying life imprisonment – have been locked up since the day of the crime, January 18, 2020.

During their time in prison, a spell that has lasted more than 90 weeks, they have been isolated from the rest of the prison population as a security measure.

According to information delivered to the trial by prosecutor Verónica Zamboni, Báez Sosa was murdered between 4.41am and 5am on January 18, 2020, outside the Le Brique dance hall in downtown Villa Gesell, a resort town on the Atlantic coast some 370 kilometres (230 miles) south of the capital.

In the prosecutor’s eyes, the eight youths “agreed to put him to death” and towards that end “arranged their division of labour beforehand,” after which “they picked a fight with him within minutes of going inside the dance hall when accompanied by his group of friends.”

Báez Sosa’s death shocked the country and dominated media headlines after a video of the incident began circulating on social media and news TV channels.

The decision to postpone the trial until January 2, 2023 was made by María Claudia Castro, Christian Rabaia and Emiliano Lázzari, the three judges sitting on TOC (Tribunal Oral en lo Criminal) 1 court of Dolores.

“This court does not find room in its timetable either next year or part of 2023 to carry forward a trial of this extent without prejudicing the rights of other people [mostly those now deprived of their freedom],” argued the magistrates in their resolution.

They further explained that the objective “is not to alter the other trials underway,” announcing that the trial will run for 22 days and thus estimating that it could end on the last day of the same January in 2023.

“In order not to delay this trial and only finding the months of January available [due to court holidays] and adjusting to the needs of all involved while heeding the principle of celerity also respecting the aforementioned trial guarantees, we fix 22 days for the oral and public trial which will be held as from Monday, January 2, 2023, from Mondays to Fridays.”

Although there is still over a year to go until the trial, the judges resolved the venue as the courthouse hearings hall, located at the address of Belgrano 141, Dolores.

A total of 130 witnesses will testify, including friends of both the accused and the victim who saw the fight.

One novelty announced by the magistrates at the request of the plaintiffs is a supplementary period of 120 days to seek pending evidence.

Neither the lawyers representing the family of Fernando Báez Sosa (Fernando Burlando and Fabián Améndola) nor Hugo Tomei, defending the accused, agree with the postponement of the trial.

Both sides suggested that the trial unfold in the next few months, as scheduled, with two hearings a week but the court turned down their request because “that would imply interweaving the days of this trial with others, which clearly affects the principle of continuity.”

In the trial, quite apart from establishing the roles in the murder, the penal responsibilities for the injuries suffered by five friends of Fernando who were with him when he was murdered must also be assigned. 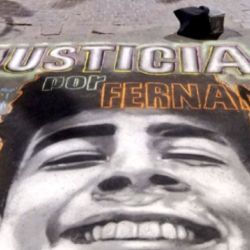 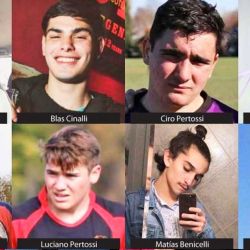 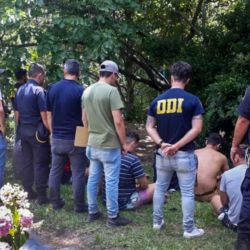 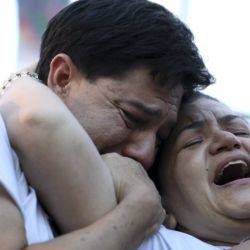 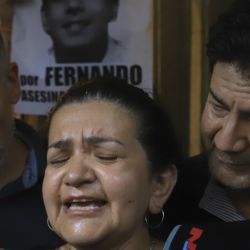 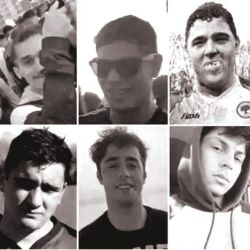