Adriana looked across the room. “I am happy. I’m full. It’s not just a piece, it completes the whole jigsaw. My life is complete,” she said.

At an emotional press conference today, the Grandmothers of the Plaza de Mayo introduced Adriana, the 126th grandchild of their long search to recover the identity of babies snatched from their parents during the country’s last military dictatorship (1976-1983).

"Love is stronger than hatred," said Adriana, 40, as she was introduced at a press conference in the capital.
The Grandmothers of the Plaza de Mayo human rights group said Tuesday that Adriana was the biological daughter of Violeta Graciela Ortolani and Edgardo Roberto Garnier.

Adriana was born in captivity. Her mother was kidnapped on 14 December, 1976, in La Plata when she was eight months pregnant. After her disappearance, Edgardo looked for his partner. He would later be kidnapped himself, just two months later, on February 8, 1977, in Buenos Aires province.

Why Macri re-appeared and broke his silence

Addressing the media, Grandmothers of the Plaza de Mayo head Estella de Carlotto said that the couple had met in La Plata, where they both studied at university. The couple then joined the the Montoneros. Both are still missing.

Seated alongside her aunt Silvia, her cousin Marcela, de Carlotto and other members of the Grandmothers, Adriana expressed her pride at becoming a recovered grandchild.

"I have a beautiful family, I have a grandmother. I can not believe it, at 40  [years old] I have a grandmother and yesterday I was able to talk to her. She is a genie, I love her. She is beautiful on the outside and inside, she said.
Adriana’s paternal grandmother, Blanca Díaz de Garnier, is 86 years old and lives in Concepción del Uruguay (300km northeast of Buenos Aires), Enter Ríos province. “Forty years of waiting and now the time has come,” she told Radio 10.

Making the most of failure

Addressing the press, de Carlotto and Adriana explained how the 40-year-old had presented herself spontaneously after a relative confessed that the now-deceased parents of her youth were not her biological parents. DNA tests by the National Commission for the Right to Identity (CONADI) confirmed her identity.

Adriana admitted that she had hesitated when asked to attend the press conference, but then changed her mind. Such testimony "can help give that little push to people who have any doubts about their identity,” she added.

Human rights group estimate that more than 30,000 people were jailed, tortured and killed or forcibly disappeared during the last military dictatorship. Officials that served during the dictatorship have been convicted of organising the theft of babies from political prisoners who were often executed.

The Grandmothers are still seeking to identify approximately 300 missing grandchildren.

"These reunions fill us with hope and give us strength to redouble the search," said de Carlotto.

Is Argentina really on track to become the next Venezuela?

Centenarians in Argentina overcome the odds to survive coronavirus

Pesce and Guzmán split over curbs on dollar purchases 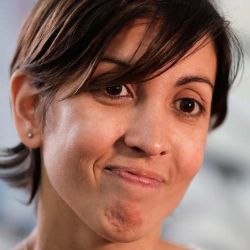 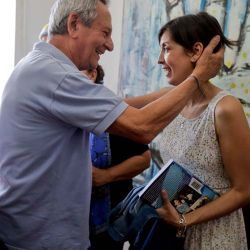 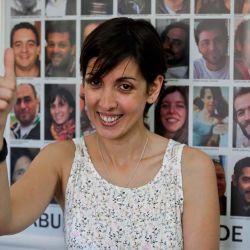