Access to Europe for the first time since tariffs were imposed in 2013 comes just in the nick of time for local companies, after the United States all but slammed the door on Argentine imports just last month.

The first tanker loaded with biodiesel is on its way to Europe and others are due to set sail shortly from the 10 specialised terminals along the  Paraná River near the agro-industrial hub of Rosario.

Luis Zubizarreta, head of the local biodiesel association, Carbio, described the lowering of tariffs and the re-opening of the European market as  “excellent news.”

Access to Europe for the first time since tariffs were imposed in 2013 comes in the nick of time for the giant producer, after the United States –  the destination of 90 percent of Argentina’s biodiesel exports – effectively slammed the door to local imports just last month, introducing steep  duties of up to 64.17 percent on the fuel just last month.

Government hails ‘significant debt relief’ in accord with creditors

The EU previously imposed prohibitive duties on Argentine biodiesel after European producers accused it of dumping. The government regained access to the European market after successfully challenging the antidumping duties at the WTO.

“We had to look for new alternatives,” said Zubizarreta. “We gradually entered the US market, and then a few weeks ago we had bad news, they  put up provisional tariffs that closed the market again.” With Rosario’s giant producers now back in full swing, the  Carbio chief said it was welcome news.

But he said the stand-off had cost his members dearly. “We have suffered protectionist policies. These problems have caused damage to the  industry and the soybean chain,” Zubizarreta said.

“Undoubtedly, Argentina was deprived for four years of exporting almost US$2 billion’s worth per year.” “Argentina has become a huge producer of biodiesel because it produces a lot of soybean oil, a by-product of the production of soy protein flour in great demand,” said Zubizarreta.

Lower production and logistics costs than the US or Europe provides a strong platform for exports, said Cristian Ciribe, an executive with the  country’s largest biodiesel producer, the French-owned Louis Dreyfus Company (LDC).

LDC’s two sites in the city of General Lagos, 20 kilometres south of Rosario, give it a production capacity of 600,000 tonnes a year.

Ciribe says Argentina’s greatest asset in the industry is to have some 20 high-tech plants around the Rosario soybeanproducing hub, able to take advantage of specialised port terminals nearby.

“Here, we have the fields alongside, we process soy, flour, oil and biodiesel on the same site, and it goes to the ships,” said Ciribe, pointing to a  tanker being loaded on the river.

“It’s the largest soybean complex in the world,” he added. “And the most profitable.”

The LDC site in the city of General Lagos receives 12,000 tonnes of soybeans a day.

Market instability Biodiesel is mainly used as an alternative fuel for cars. Spain was the country’s biggest European customer for biodiesel before the spat with Brussels in 2013 effectively caused a fouryear hiatus in exports.

Government bans social gatherings in Argentina for next 15 days

Argentina has been focusing on biodiesel since 2007, seeking outlets for soybean oil produced in large quantities on its vast pampas, while world  demand was falling.

To obtain biodiesel, methanol must be added to soybean oil, so Louis Dreyfus, Bunge, Cargill and other multinationals invested in biodiesel plants.  Argentina has an annual production capacity of 4.5 million tonnes but has produced only 2.5 million so far. One million tonnes of that goes to the domestic market, where service station retailers sell 10 percent of soybean diesel.

Zubizarreta, the Carbio chief, is aware that the industry is volatile and prey to trade disputes, but remains convinced the future of the local industry is bright.

“We are going to end up showing that we are right, and that Argentina does not use unfair practices. Our industry wants to compete fairly in  other markets; there are no subsidies or dumping.” 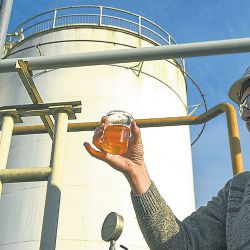 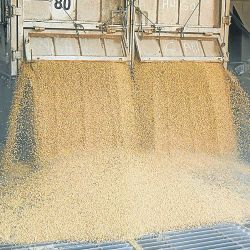