Click on our featured image below to see a selection of photographs from the event.

Dozens of demonstrators wearing red cloaks and white bonnets like the characters from the novel-turned-TV series The Handmaid's Tale demonstrated in the nation's capital again today, as they rallied in favour of the legalisation of abortion.

The demonstrators, led by the Periodistas Argentinas collective, marched in silence with their heads bowed through the streets of Buenos Aires until they reached the Congress building. Under heavy rain, one of them read a letter by Handmaid's Tale author Margaret Atwood, who has publicly supported the effort led by Argentine feminist groups. Atwood's book portrays a future in which women's rights have been stripped away.

"Nobody likes abortion, even when safe and legal. It's not what any woman would choose for a happy time on Saturday night. But nobody likes women bleeding to death on the bathroom floor from illegal abortions, either. What to do?" the Canadian author wrote in the letter.

The lower house Chamber of Deputies recently approved a bill that would legalize elective abortion in the first 14 weeks of pregnancy. The measure is to be voted on by the Senate on August 8. President Mauricio Macri has said that even though he remains opposed to abortion, he would not veto the bill if passed.

Earlier this year, Atwood clashed publicly with Vice-President Gabriela Michetti, who is against abortion reform.

"Don't look away from the thousands of deaths every year from illegal abortions. Give Argentine women the right to choose!" Atwood told Michetti on Twitter.

Argentina now allows abortion only in cases of rape or risks to a woman's health. But advocates say doctors and judges often block women from carrying them out.

A 2016 report by the Health Ministry estimated that between 370,000 to 522,000 Argentine women undergo illegal abortions each year and thousands are hospitalised for complications. It is the main cause of maternal death.

– Additional reporting by the Times.

Feb 17th-23rd:What We Learned This Week

Activists renew call for legalisation of abortion in Argentina

by By DEBORA REY, Associated Press 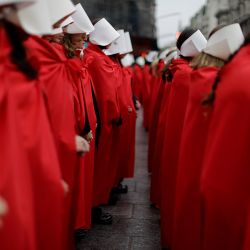 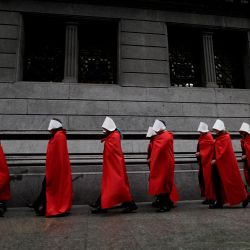 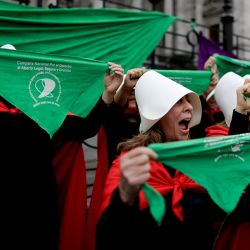 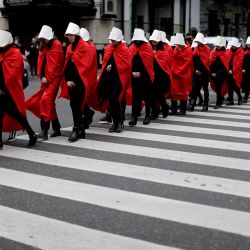