Whether it is found in children's school books, on bank notes, murals and road signs, tattooed on people's bodies or even as an article in the Constitution, Argentina's claim to the Malvinas Islands remains a national obsession.

Forty years on since Argentina launched its disastrous invasion of the tiny South Atlantic archipelago, which covers 12,000 square kilometres (4,600 square miles), leaders across the political spectrum show no signs of giving up hope of somehow claiming the islands, as well as the island of South Georgia (Georgias del Sur).

"The recovery of the said territories and the full exercise of sovereignty, respecting the way of life of their inhabitants and in accordance with the principles of international law, constitute a permanent and irrevocable objective of the Argentine people," says the Constitution, written in 1994.

Lying about 300 miles (480 kilometres) off the Argentine coast, the rocky wind-beaten islands are home to 3,500 mostly British people, some of whom can trace their ancestry on the islands back 10 generations.

It is officially a British Overseas Territory known as the Falkland Islands, but Argentina claims that the islands should be theirs.

And wherever you travel in Argentina, there are constant reminders of the state policy: signs proclaiming "Las Malvinas son Argentinas," asserting ownership.

Murals also show the shape of the islands, often painted in the sky blue of the Argentine flag and with the words "We will return" emblazoned next to it – a reference to the Argentine belief that it once had a settlement in the islands.

In many towns and cities, road signs specify the distance to the islands.

Throughout the country, football stadiums, towns, hundreds of roads and even the 50-peso bill carry the legend “Malvinas Argentinas.”

"Malvinas viven para siempre" announces a sign on the cenotaph in Buenos Aires where a replica of the islands' Darwin military cemetery commemorates the 649 Argentines killed in the war lost after 74 days of battle.

"Argentina is a complex country with many cracks. There are few issues that" bring people together,'' says Edgardo Esteban, director of the Malvinas Museum in Buenos Aires. "The Malvinas is one, it's like the national football team."

In a 2021 survey of 5,000 people, more than 81 percent said the country should continue to claim sovereignty over the islands. Only 10 percent said it should stop.

Governments have been keen to continue, although not always in the same way.

Argentina has clung to a non-binding 1965 United Nations resolution that recognised a sovereignty dispute, dating back to the 1830s, and invited the Argentine and UK governments to negotiate a solution. London has refused to talk.

Argentina has been less enthusiastic to acknowledge the right to self-determination enshrined in the UN Charter – and which the islanders exercised in 2013 when 99.8 percent of them voted to remain British.

The country has long sought to achieve its claims by diplomatic means, but that was dramatically abandoned by the military dictatorship in its ill-fated 1982 invasion.

"If they hadn't fought the war, the British would have given them back by now," says Hugo Moussito, 59, as he washes his car, which bears the image of the islands on the number plate that carries the legend: "Fueron, son y serán argentinas" ("They were, are and will be Argentine").

"What Europe cannot understand is how a people could hail the dictators" following the invasion, the 1980 Nobel Peace Prize winner Adolfo Pérez Esquivel said recently. "It was very difficult to explain that the Malvinas were a national claim and not support for the dictatorship."

Following the war, which ended on June 14 with Argentina's surrender to a British expeditionary force sent by the government, there was a period when the issue was put on the back burner.

Diplomatic and commercial relations were re-established in 1989 under former president Carlos Menem, while the Argentines adopted an unsuccessful policy of trying to seduce the "kelpers," as the islands' inhabitants are known.

"But since 1982, the discourse on the Malvinas has remained a prisoner to the scars of the war," said Esteban.

At the Malvinas Museum, created in 2014 under Fernández de Kirchner’s government, the nationalist narrative is nourished for future generations.

And while the museum does mention the war, it prefers to focus on "geological unity," the "continental maritime shelf" or the pioneering presence of Argentine scientists in Antarctica to push its claims.

"Argentina was the first country to have a scientific base in Antarctica" in 1904, Esteban recalls, pointing to an active policy that has resulted in 13 bases, six of them permanent.

The museum even talks about elephant seals that have been traced making journeys between the islands and the South American continent. Proof, it would seem, that even aquatic mammals support the Argentine claim to the Malvinas.

Stories that caught our eye: December 1 to 8

A conviction that does not convict 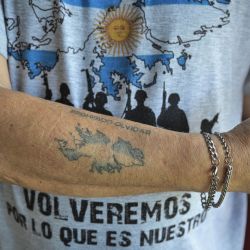 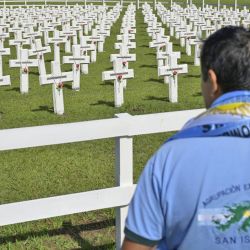 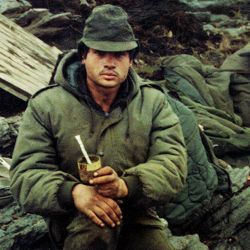 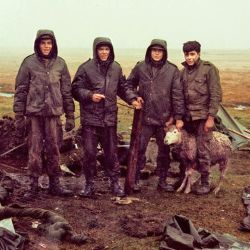