Peronist presidential candidate Alberto Fernandez has doubled down on his stance towards Venezuela, saying in a Sunday night interview that “In Venezuela, there is not a dictatorship but an authoritarian government.”

Venezuelan president Nicolás Maduro, who was elected in a slimly won election in 2013, was re-elected again in 2018 amidst widespread accusations of fraud in an election boycotted by the country’s opposition. The Lima Group, a coalition of 14 Latin American countries and Canada, refused to recognise the legitimacy of 2018’s vote.

“What is not the solution is to run after (US President Donald) Trump, promoting the embargo,” the Kirchnerite presidential candidate added, referring to the total freezing of Venezuelan government assets by the United States earlier this month.

Venezuela, US have met 'secretly' for months, says Maduro

Anti-Maduro activists and Venezuelans took to social media on Monday afternoon to express outrage at Fernandez’s statements, using the hashtag #SrAlbertoLeCuentoQue (I tell Mr. Alberto that). The hashtag hopes to demonstrate how Maduro's government is indeed a dictatorship and draw attention to its human rights abuses. 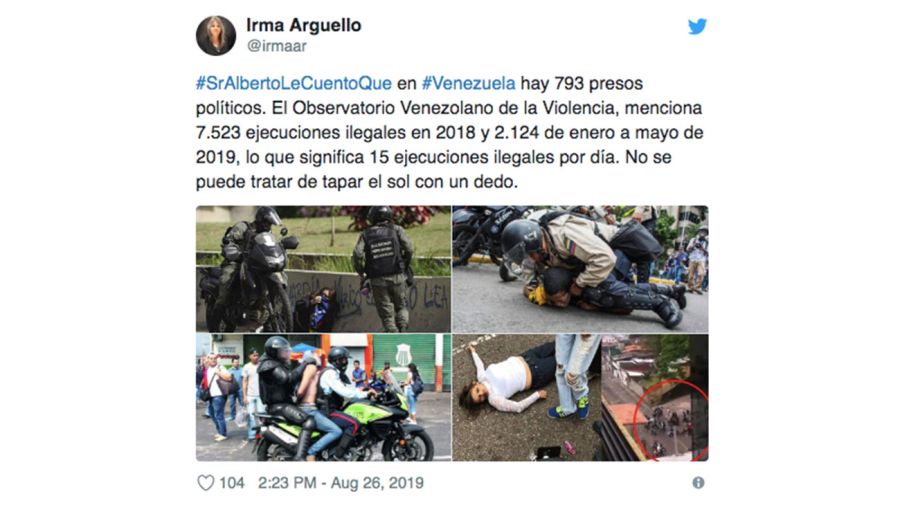 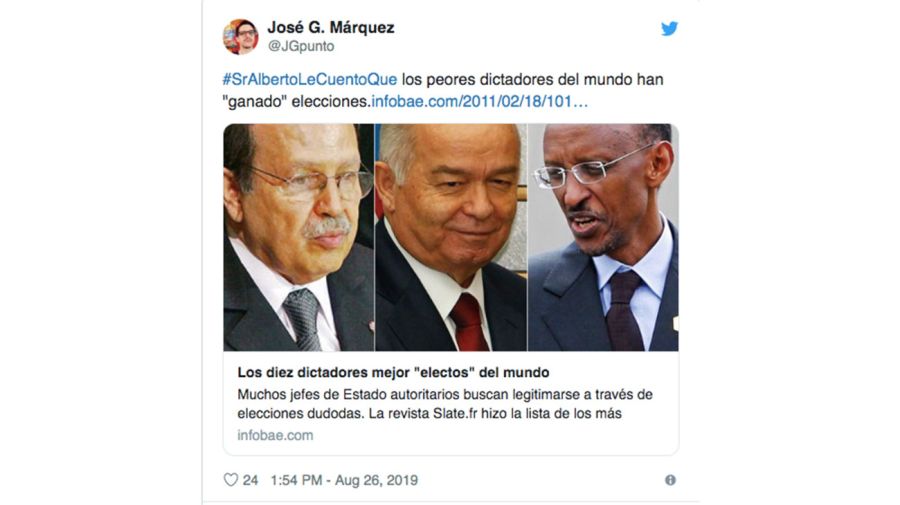 Fernández says he would join Mexico, Uruguay to promote dialogue with Venezuela

The hashtag rose to the second highest trending topic in Argentina by Monday afternoon.