The body of a businessman and former private secretary to ex-presidents Néstor Kirchner and Cristina Fernández de Kirchner was found in El Calafate on Saturday, two days after going missing.

Fabián Gutiérrez, 48, had been last seen on Thursday in the southern province of Santa Cruz, having arrived in the region a few days earlier to attend to his businesses in the region.

Four people have been arrested for the murder, the investigating judge said in comments to a local news channel, adding that the presumed motive is theft or extortion.

"We have four people detained and we found the body," Judge Carlos Navarte told the C5N news channel. He said that a "political motive was not within the hypotheses" he was working on.

The body of Gutiérrez, who served as a private secretary to then-president Fernández de Kirchner from 2007 to 2010, was found at a house owned by one of the accused. The corpse was reportedly buried, tied up and covered with a sheet.

According to the judge, there were signs of a physical struggle, with the corpse showing signs of having been beaten and a deep stab wound.

"He has a cut on his neck and blows to the head, we still do not know what the cause of death was," said Navarte, who ordered the raid on the home after one of the accused confessed to the crime.

According to reports in the local press, at least three of those arrested early Saturday morning have now admitted they participated in the killing.

None of the detained had a previous criminal record, AFP reported, and all are aged between 19 and 23.

One of the group, said to be a 20-year-old by local press, had reportedly entered into a close relationship with Gutiérrez, while two others were identified as relatives of a local councillor in the city. Another is said to be the son of a prominent notary in the region.

According to the judge, the first individual to be questioned admitted to the crime and told police where the body could be found – at a house on Jorge Newbery street in the Aeropuerto Viejo barrio on the outskirts of El Calafate.

The search for the missing ex-official began in earnest on Friday, after a complaint from Gutiérrez's mother, Teresa García.

On Friday, reports in the local press said that the missing former official’s phone had been found at a construction site and that his vehicle had been discovered. Its windows had been smashed and bloodstains were found.

Navarte said police had found that Gutiérrez’s home had been broken into, with a television, music system and other high-value items reported as missing. Those objects, as well as a bloody knife, were at the property where the body was found.

"We were in the house,” Navarte told a local radio station on Friday night. “The impression that it gave me is that there was violence in that place.”

According to reports, Gutiérrez is a wealthy individual, who owns a collection of cars and several properties in El Calafate and Ushuaia, as well as another in Puerto Madero in Buenos Aires City. He had several business interests in Santa Cruz.

In 2018, as part of the investigation in the ‘Cuadernos’ corruption notebooks scandal probing alleged bribery related to public works projects during the Kirchnerite administrations, Gutiérrez was arrested and jailed on cover-up charges. Then, in November 2019, he was arrested and jailed again, before being prosecuted for money-laundering charges.

After several weeks in jail, and facing a likely conviction, Gutiérrez agreed to be a “collaborating witness” with the prosecution in order for a reduced jail term. 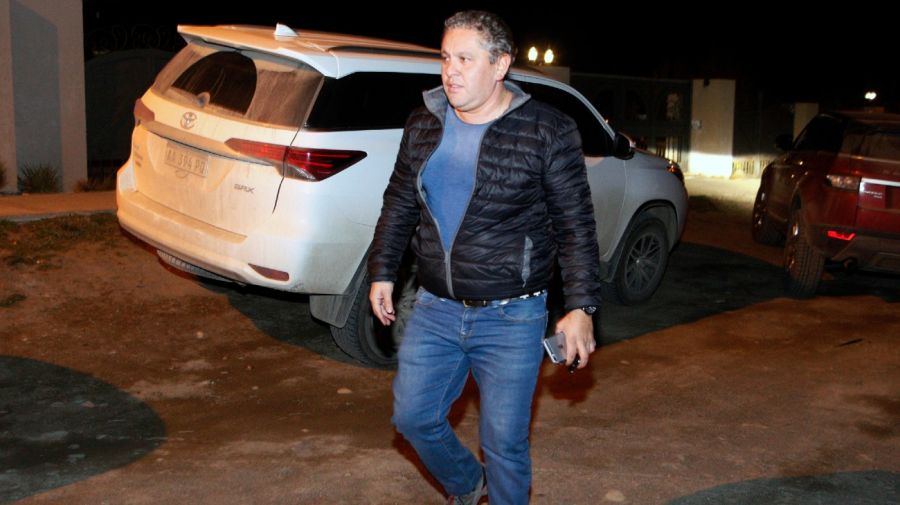 Dozens of businessmen, former public officials and Fernández de Kirchner, today Argentina’s vice-president, have been charged in the probe.

According to late federal judge Claudio Bonadio, who oversaw the ‘Cuadernos’ before his death last year, Gutiérrez had a "great bond of trust with the marriage of Néstor Kirchner and Cristina Fernández over the years."

Local outlets say Gutiérrez testified that he had witnessed bags of money being sent to El Calafate from Buenos Aires during the Kirchner administrations.

Gutiérrez’s death had an immediate political impact and the homicide is likely to once again put the spotlight back on the landmark ‘Cuadernos’ scandal.

Opposition lawmakers were quick to express concern, with the leader of the Juntos por el Cambio Senate caucus, Luis Naidenhoff pointing out that the discovery of the body of a state witness was a “serious institutional fact.”

"Beyond the alleged motives that the justice system must investigate, the State had the responsibility to guarantee their safety. Far from fuelling speculation, we demand the prompt clarification of the facts surrounding death," he added.

The government later clarified in a statement that Gutiérrez had never been in a witness protection programme, saying that no judicial official had requested it.

Other opposition lawmakers, such as Cambiemos deputy Fernando Iglesias, hinted he believed Gutiérrez was killed, attempting to link the event to the death of late special AMIA prosecutor Alberto Nisman.

High-level officials from the Juntos por el Cambio coalition issued a formal statement, in which they requested that the investigation into the crime be passed on to the federal courts, citing the fact that a prosecutor involved in the case, Natalia Mercado, is a relative of Cristina Fernández de Kirchner.

"The crime of Fabián Gutiérrez is of enormous institutional gravity and cannot be left to the prosecutor Mercado, daughter of Governor Alicia Kirchner," said the release, signed by Patricia Bullrich, Federico Angelini (both PRO), Alfredo Cornejo, Alejandra Lordén (both UCR) and Maximiliano Ferraro and Mariana Zuvic (Civic Coalition).

"He was a whistleblower in the ‘Cuadernos’ case, that is why we ask that the case go to Federal Justice immediately, " Bullrich wrote in a post on social media. 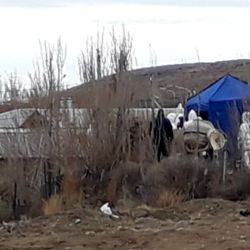 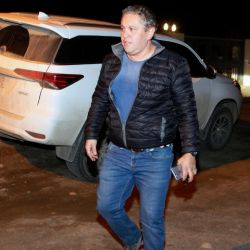