A declassified document from the United States’ Central Intelligence Agency (CIA) has played a key role in helping investigators in Argentina identify the location of a secret clandestine detention centre dating back to the country’s brutal 1976-1983 military dictatorship.

The black-ops site, located at 3570 Bacacay Street in the Floresta neighbourhood of Buenos Aires City, was used by agents from the State Intelligence Secretariat (SIDE) during the first months of the 1976-1983 dictatorship, according to Federal Judge Daniel Rafecas.

Today a family home, it lies just around the corner from another infamous detention centre known as ‘Automotores Orletti,’ a site which served as an operational base for the SIDE agents during the dictatorship. Investigators believe the newly discovered location may pre-date the other, or that the two locations were used in tandem.

Knowledge of the house first emerged thanks to testimonies from survivors who, until now, have been unable to pinpoint its exact location. Its discovery, more than four decades on from the era of state terrorism, has also triggered a new search by judicial authorities to identity other places used by the secret services to detain and torture kidnapped individuals, the Times has learnt.

"We are very satisfied with this achievement. Another clandestine detention centre has been identified and added to the long list of sites that operated during the darkest years of our [country’s] history,” Rafecas said in an interview.

The house on Bacacay Street was in operation as a detention centre by May 1976, according to investigators. That same month, SIDE agents began renting a building round the corner that housed the ‘Automotores Orletti’ automobile workshop and garage, setting up a new centre where the victims of the Condor Plan would be held and tortured by intelligence agents and members of the Armed Forces.

Automotores Orletti was active until November 1976 and previous investigations – using testimony from survivors who were detained there – have identified the man in charge as Aníbal Gordon, a criminal who joined the secret services as an inorganic operative.

Accordng to Rafecas, the group led by Gordon also oversaw operations at the house on Bacacay Street, where it is estimated that at least 15 people were held.

"After we identified the location, new victims began to appear, who said they had been held there hooded and tortured. The work for the court has just begun," said the federal judge.

Emma Le Bozec was kept there for four days, following her abduction in the south of Greater Buenos Aires on April 30, 1976.

Le Bozec, a retired teacher and poet, first testified in 1984 before the National Commission on the Disappearance of Persons (Conadep). Last week, she testified again, this time before Judge Rafecas, recounting what she experienced more than 40 years ago.

The survivor, who was kidnapped from the home she shared with her four children, says at least 11 people were detained in the house during the time she was there.

A central factor of the identification of the place was the existence of a basement, which the repressors used as a place of torture. Another survivor who today lives in France, Anita Larrea de Jaroslavsky, who testified via the Jitsi videoconferencing software, said that the repressors used to threaten to send their captives to the basement.

"This house had a basement that was used to house victims, therefore – paraphrasing the president [Alberto Fernández] – a court has found one of the basements of the dictatorship," said Rafecas, who is the government's candidate for attorney general. 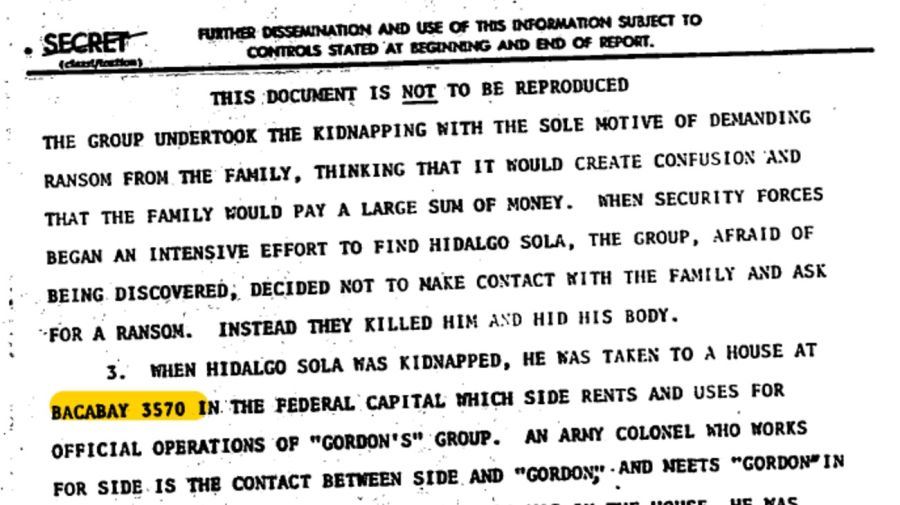 By September 1976, the CIA knew the location of the clandestine detention centre, which was rented by SIDE for use by Gordon's group. However, it wasn’t until last year that the information came to light, after a series of CIA documents were declassified at the request of human rights organisations.

The document, which proved to be the catalyst in uncovering the site, was analysed by the Truth and Justice Programme, a unit that works under the Human Rights Secretariat. It has been crucial in progressing investigations probing crimes against humanity committed during the dictatorship era.

"Two investigators came in February to tell me what they had found in that cable, containing the information that proved the location of that operative house. I was impressed," Martín Fiorenza, the head of the Truth and Justice Programme, told the Times in an interview.

The work of Argentina’s world-renowned Argentine Forensic Anthropology Team (EAAF) has also been crucial in bringing the truth to light. The EAAF, one of the country's most respected institutions, specialises in identifying the victims of grave human rights violations.

The house on Bacacay Street is one of 762 clandestine detention centres that were in operation under the 1976-1983 dictatorship, according to figures from the Human Rights Secretariat.

Since Argentina returned to democracy in 1983, human rights organisations have consistently pushed for the intelligence archives of the military dictatorship to be opened up. They have also taken this demand to the doors of various foreign governments.

In the late 1990s, then-US president Bill Clinton agreed to open US  intelligence files on human rights violations dating back to the era of state terrorism in Argentina. The first delivery of documents, however, did not arrive until 2002 during the George W. Bush administration. They had an immediate impact, helping investigators to identity, among others, agents from the 601st Intelligence Battalion.

In 2016, when Barack Obama visited Argentina on the 40th anniversary of the coup d'état, human rights groups renewed their request. The Democratic leader subsequently announced a new round declassification, which included previously unreleased files from the CIA. It was that release, which arried last year, that allowed investigators to identify the house on Bacacay Street.

Human rights leaders say this new discovery is proof of the crucial information that lies within still-classified files.

"The opening of the archives is a historic demand from human rights organisations,” Sol Hourcade, a lawyer with the Centre for Legal and Social Studies (CELS), told the Times.

“The identification of a new clandestine centre was made possible by the work of a judge as part of the judicial process to prosecute crimes against humanity, by the existence of an executive branch office that works with this documentation and by the insistence of human rights bodies.” 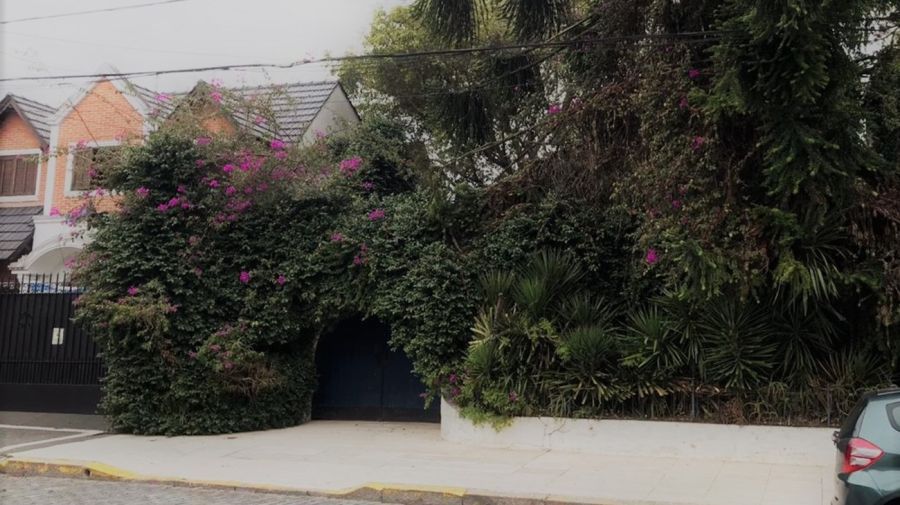 The revelations are also opening the door to further lines of investigation, according to Rafecas.

The judge, who has been taking testimony from victims recounting their days of captivity on Bacacay Street, is on the hunt for new information about other locations that may have been used by SIDE agents to hold illegal detainees after the closure of ‘Automotores Orletti’ site, which was shuttered after a couple managed to escape from there.

Rafecas told the Times he has requested information from Cristina Caamaño, the government-appointed trustee of Argentina’s current intelligence servies, the Federal Intelligence Agency (AFI), about members of Gordon's gang who have not yet been identified.

The judge also wants to know if, for example, there is information about another site,  located at the intersection of Chiclana and Pomar streets, that some victims allege was used by agents after November 1976.

Caamaño, a retired prosecutor whose nomination to head the AFI has already reached the Senate, created a programme to collate documents related to state terrorism shortly after she was appointed to clean house at the AFI. According to sources, President Fernandez intends is to move towards with declassification of remaining state archives, fulfilling a request that human rights organisations have been demanding for decades.

Henrique Meirelles: ‘Whether the president-elect is Lula or Bolsonaro, they face a difficult situation’ 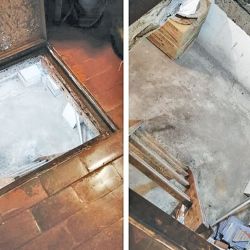 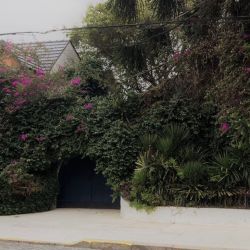 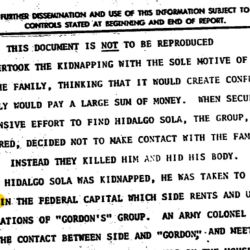 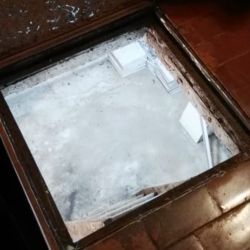