Judicial authorities in Chubut Province have opened disciplinary proceedings against a judge to probe alleged “inappropriate conduct,” after the magistrate was caught on camera kissing a highly dangerous prisoner her court had previously sentenced to life imprisonment.

The provincial Superior Court of Justice confirmed on Tuesday that administrative proceedings had been opened against Comodoro Rivadavia Judge Mariel Suárez after video footage leaked online showing her and inmate Cristian ‘Mai’ Bustos together at the Penitentiary Institute (IPP) in Trelew.

In the video, she can be seen kissing the prisoner, who was sentenced to life imprisonment last December 22 for the 2008 murder of policeman Leandro ‘Tito’ Roberts in Corcovado.

The incident took place on December 29, just a week after Bustos had been sentenced to life imprisonment. According to reports in local outlets, he admitted during the trial that he had pulled the trigger for the shot that killed Roberts.

Suárez was one of three magistrates leading the court, though notably she chose to dissent over the sentence, requesting a lesser penalty be applied instead. Judges María Laura Martini and Ximena Miranda Nastovich backed a life term behind bars.

"As a result of a formal communication addressed to the ministers in court, a meeting requested by a criminal judge of the district of Comodoro Rivadavia and an inmate housed in said penitentiary centre, considered highly dangerous and recently condemned in the framework of an oral and public trial held in the city of Esquel, came to light," said Chubut’s Superior Court of Justice in a statement.

"From the information communicated by the IPP, it appears that the judge has engaged in inappropriate conduct for a magistrate. The proceedings are aimed at elucidating the circumstances of the meeting between a judge and a convicted person, the tenor of the meeting, its duration and its characteristics, which could imply violations of the Public Ethics Law and/or the General Internal Regulations of the Judiciary," it concluded.

Diario Jornada de Chubut reported that the judge was reported by the officer on duty, who told his superiors that he had observed the duo kissing inside a classroom at the jail, after the two had shared mate.

Speaking to the TN news channel, Suárez said she has “no sentimental relationship" with the inmate and that she went to see him because she is "doing a book on his story."

"I have no sentimental relationship with this person, I have no personal ties. I am making a book with this person because of his story and it is the first one I am going to write," the magistrate said. "I will make a statement and show the documents so that they can see that the statement is real."

Declaring that she had “fulfilled my role as a judge well,” she explained that their meeting was by chance.

“I want to do a piece of investigative journalism. He was very happy with the project because after many years he could tell what happened,” she said, referring to the trial, which took place more than 12 years after the crime took place. 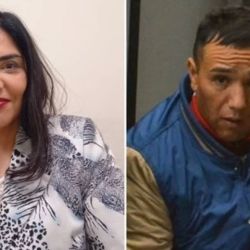 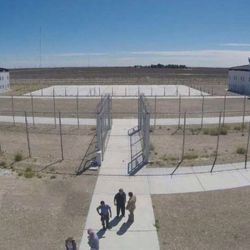