"From another galaxy... and from my neighborhood," declares a freshly painted mural of Lionel Messi in the town where he was born 34 years ago.

The mural covers one end of a four-storey apartment building in the La Bajada neighborhood of Rosario where the star lived as a child, and faces the primary school he attended.

"We thought of Leo and the admiration we have for him and we thought that there is nothing big enough to express that in Rosario," Marlen Zuriaga, one of the muralists, told AFP.

The 14-metre-high, eight-metre-wide artwork unveiled on Thursday depicts a bearded, shirtless Messi, and the smaller figure of the player as a child juggling a ball.

The adult Messi has a pair of boots, laces tied together, hanging around his neck. One boot is black and the other gold, depicting the record six Golden Shoes Messi has won as top scorer in Europe.

The Barcelona legend – widely considered to be the greatest player of the modern era – has been the leading scorer in Spain's La Liga a record eight times.

The Argentina captain is currently leading his team at the Copa América in Brazil where he was the top scorer in the group stage with three goals.

The Albiceleste face Ecuador in the quarter-finals this Saturday. 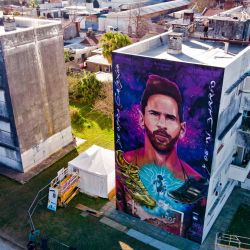 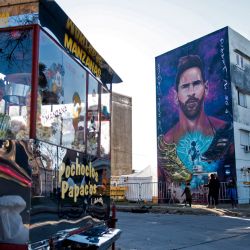 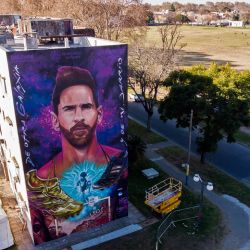 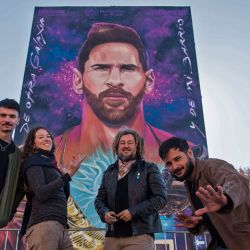