Lionel Messi has set his sights on more Champions League glory after being unveiled as a Paris Saint-Germain player on Wednesday as hundreds of fans gathered outside the club's stadium hoping to see their new idol.

The 34-year-old Argentine was presented to media from all over the world at a press conference at the Parc des Princes after arriving in the French capital the previous day and penning a two-year contract with the option of a third season.

PSG quickly emerged as the favourites to sign Messi following the shock of his departure last week from Barcelona and he arrives eyeing a fifth Champions League, with the most recent of his four victories with his old club coming in 2015.

"I have said many times that my dream is to win another Champions League and I think I am in the ideal place to have that chance and to do it," Messi told reporters inside a packed auditorium, with the audience including his wife Antonella, their children, and his father and agent, Jorge.

Messi and Barcelona were knocked out of the Champions League last season by PSG, who went on to reach the semi-finals following their run to the final in 2020.

"Sometimes you can have the best team in the world and not win. That's football," Messi, who won 35 trophies in total with Barça, added as he prepares to team up with Neymar and Kylian Mbappé in Paris.

"We know how difficult the Champions League is but Paris know that too – they have come very close in recent years but it is a competition in which the best teams take part and the best team doesn't always win." 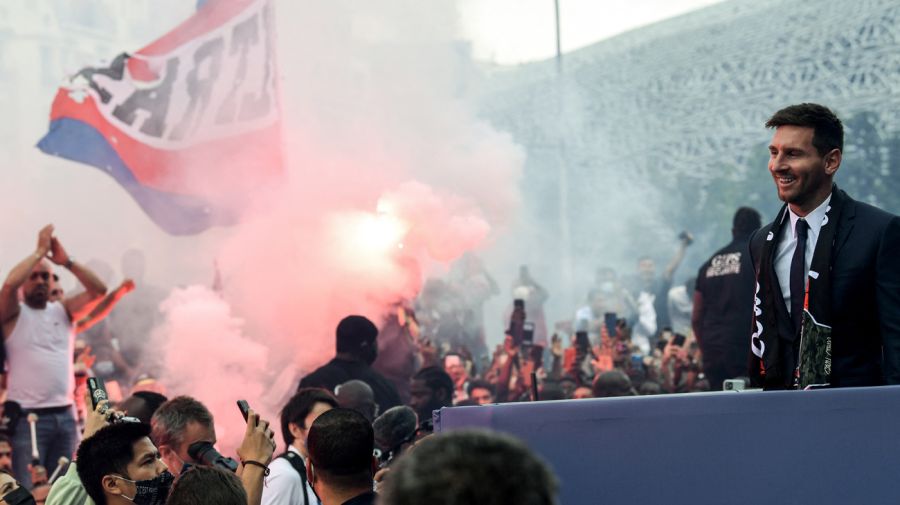 PSG are reportedly paying 35 million euros (US$41 million) a year to Messi, who will wear the number 30 shirt – fans were already queueing up outside the club's different shops in the capital on Wednesday morning to buy the shirt with his name and number on the back.

Messi was given a hero's welcome when he arrived in Paris on Tuesday, greeting supporters at Le Bourget airport to the north of the city and waving from the balcony of the plush hotel where he is staying near the Champs-Élysées.

On Wednesday, he appeared unfazed as he emerged, immaculately turned out, to talk to media, although he did seem slightly uneasy at times, not least when one member of the audience started chanting his name.

Unlike when Zlatan Ibrahimovic signed for PSG in 2012 there was no glitzy unveiling in front of the Eiffel Tower, but Messi was photographed on the pitch before greeting the supporters who had waited at the stadium entrance, watching his press conference on a big screen.

"I'm very proud to present Leo Messi as a PSG player," said Nasser al-Khelaifi, the president of the Qatar-owned outfit. "It is an amazing and historic day for the club, for the football world."

Messi made no secret of his sadness at leaving Barca, the only club he has so far represented in his 17-year professional career, as he gave a tearful press conference at the Camp Nou last weekend. 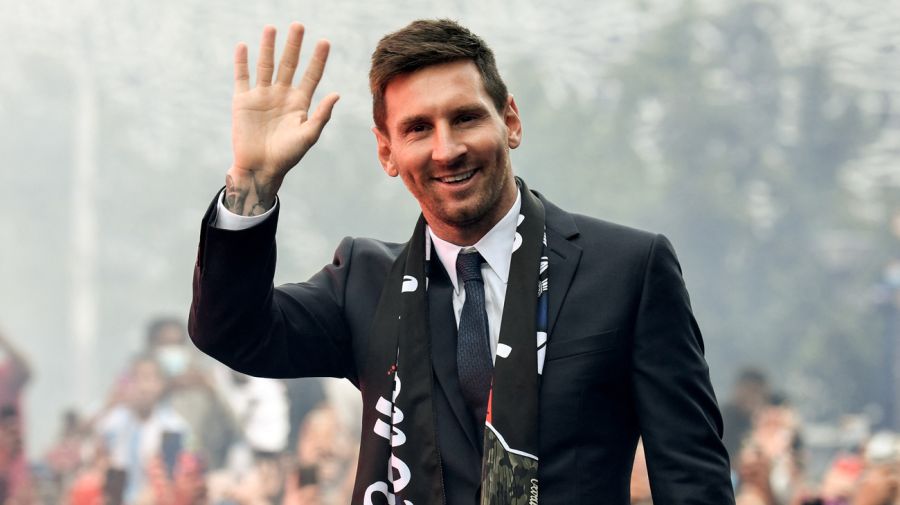 However on Wednesday he said he was looking forward to getting started in his new home.

"Everyone knows that my departure from Barca was very hard because I spent so many years there, but as soon as I arrived here I felt enormously happy," said the player who scored 672 goals in 778 games for the Catalans. "Now I can't wait to start training."

The Rosario-born star has had no pre-season having been on holiday since winning the Copa América with Argentina a month ago.

He is therefore unlikely to make his debut for PSG any time soon, and certainly not this weekend when Mauricio Pochettino's team play Strasbourg at home in Ligue 1.

PSG are now even more obvious favourites to run away with the French title, a trophy they missed out on last season to Lille.

However, despite concerns about a lack of competitive balance, French League president Vincent Labrune hailed the arrival of the six-time Ballon d'Or winner as "extraordinary news for the exposure of Ligue 1 internationally."

"The arrival of Lionel Messi will increase the attractiveness and visibility of our league on all continents," he said.

Attention, though, will now turn to the future of 22-year-old Mbappé, who has just a year left on his contract and has been strongly linked to Real Madrid.

"Kylian is a Parisian, he's very competitive. He said he wanted a competitive team," Al-Khelaifi said.

"Now there's no-one more competitive than us. He has no reason to do anything else," other than stay, he added. 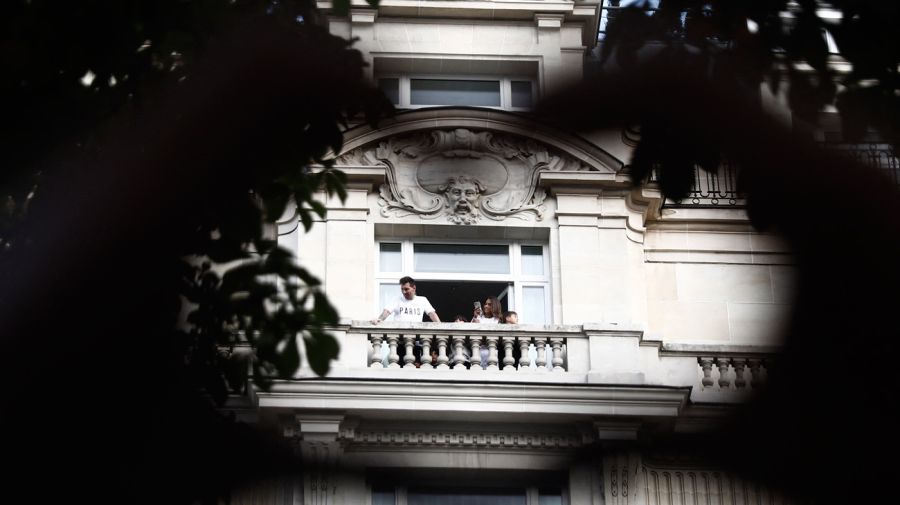 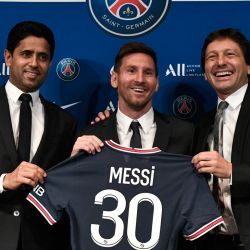 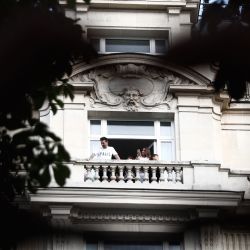 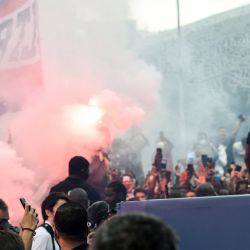 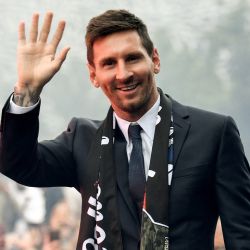