Lionel Messi scored a hat-trick to overtake Pelé as the top international goalscorer in South American football history on Thursday as Argentina cruised to a 3-0 victory over Bolivia in their 2022 World Cup qualifier.

Messi pounced for his 77th, 78th and 79th international goals to keep the Albiceleste firmly on course for a place at next year's finals in Qatar against a Bolivia team languishing near the foot of the table.

The 34-year-old Paris Saint-Germain forward, making his 153rd appearance for Argentina, drew level with Pelé's longstanding mark of 77 goals in the 14th minute, nutmegging a defender and then curling a sublime shot past Bolivia goalkeeper Carlos Lampe.

The skipper then moved one clear of Pelé in the 64th minute with his second of the night, surging into the Bolivian box and playing a one-two with Lautaro Martínez before tucking away a finish from close range.

Messi completed the seventh international hat-trick of his career two minutes from time, burying a rebound from close range after a shot from the edge of the area was only parried by Lampe.

"I've waited a long time for this," an emotional Messi said afterwards, as he welled up with tears, revealing that his family was in the stands watching on.

"Now I'm going to enjoy it, it's a unique moment after waiting so long. I am very happy," he added. 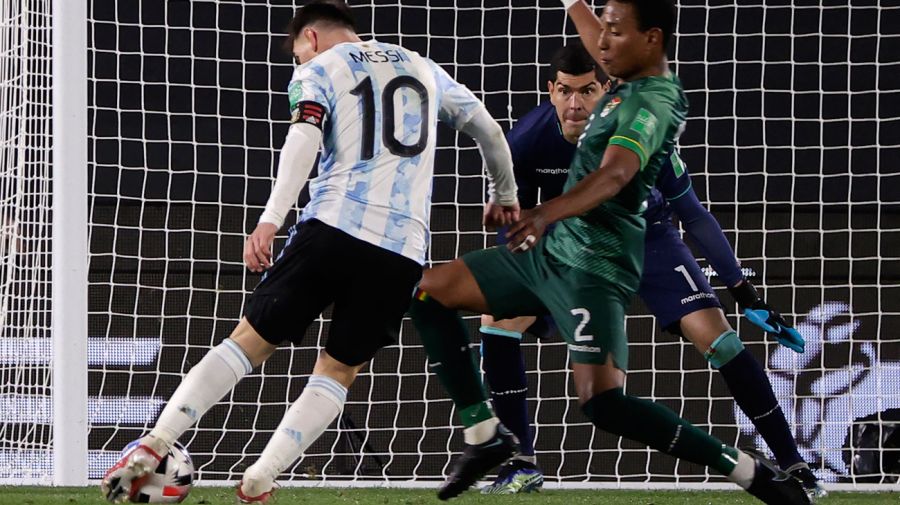 The victory came just four days after Argentina were embroiled in controversy with regional rivals Brazil in São Paulo, with the two teams' qualifier on Sunday abandoned after seven minutes due to a Covid-19 controversy.

Brazilian authorities stopped the game after protesting at the involvement of England-based players Giovani Lo Celso and Cristian Romero of Tottenham, and Aston Villa's Emiliano Martínez and Emiliano Buendía.

All four players, who were accused by Brazil of falsifying entry records to the country, played no part in Thursday's game in Buenos Aires after being released from the squad by the Argentina Football Association.

There was no sign of a hangover from the controversy amongst Argentina's players on Thursday, as Messi quickly took centre stage to surpass Brazilian great Pelé's record in style.

With Messi in typically impish form, Argentina might have had more goals.

Inter Milan's Lautaro Martínez, who also had a first-half goal ruled out for offside should have scored after being set up by Messi with a glorious chance on 39 minutes, dragging his shot wide from close range.

Messi also might have had a second goal in the first half, linking cleverly with PSG team-mate Ángel Di María before flashing a curling shot just wide. However the goals finally came for Messi in the second half as Argentina cruised home.

The win leaves the two-time World Cup winners second in South America's overall qualifying standings with 18 points from eight games, six points behind leaders Brazil, who maintained their 100 percent qualifying record on Thursday with a 2-0 win over Peru in Recife.

Everton Ribeiro and Neymar scored the goals for an under-strength Brazil, who were missing nine Premier League stars who had been blocked from travelling for this week's qualifiers by their clubs because of Covid-19 concerns. Brazil have now won all eight of their qualifying games and have 24 points.

Uruguay moved into third place in the standings with 15 points after an injury-time winner from Gaston Pereiro gave them a 1-0 win over Ecuador in Montevideo.

Ecuador are fourth on 13 points, level with Colombia who advanced up the table on Thursday with a convincing 3-1 win over Chile in Barranquilla.

Paraquay boosted their qualification hopes with a 2-1 victory over Venezuela in Asunción to go to sixth in the table with 11 points, two off the automatic qualification places. 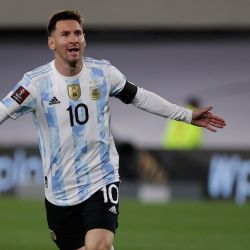 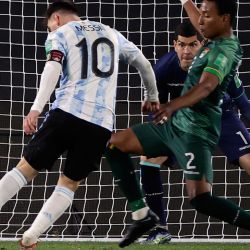 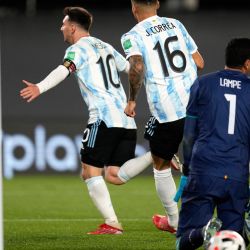