Along with Chile, Argentina is perhaps the Latin American country with the longest tradition of sports on snow and ice. Yet it has never won a medal at a Winter Olympics.

The nation goes to Beijing 2022 with six representatives, one less than last time out in PyeongChang 2018, but still hoping to improve upon the results obtained in South Korea.

"The objective is to improve on the results of the previous Games and show the youngsters that with effort they can accede to an event as important as the Olympic Games,” said Martín Begino, vice-president of the Federación Argentina de Ski y Andinismo (Argentine Ski and Mountaineering Federation, FASA) and head of the national delegation in China, said in an interview.

Asked if there is a chance that Argentina will one day win a medal at a Winter Olympics, Begino acknowledges that such a day is unlikely to come soon.

"The level of development of winter sports today keeps us far from the possibility of a medal. Beyond that, we are always working towards that goal and with hard work we can achieve it," he responds.

By a long way, the fourth and fifth place finishes registered by the Argentine bobsleigh team at the Saint Moritz Games in 1928 are the nation’s best.

But those were different times. Closer chronologically, but still in the distant past, is Osvaldo Ancinas’ 16th place in the slalom at Squaw Valley in the 1960 Winter Olympics, which remains the country's best individual performance.

At Pyeongchang 2018, Argentines finished in the top 30 in four events, with standout performances by Veronica Ravenna in the luge and Matias Schmitt in slopestyle. Both finished in 24th place.

They were followed by the 30th-place finishes by Steven Williams in snowboard cross and Matías Schmitt himself in big air (also snowboarding).

In Alpine skiing, Nicol Gastaldi finished 42nd in Giant and did not finish in the slalom.

At Sochi 2014, Macarena Simari claimed 20th in Super Combined, in a Games that saw four other top-30 finishes.

Should Argentina perform better? It’ a country with snowy regions, albeit they are mostly far away from the country’s big cities. FASA only has around 600 licence-holders.

"There is a disconnect between tourist skiers and competitors. I think that by running contact campaigns between competitors and tourists, more awareness could be achieved. This applies mainly to alpine skiing and snowboarding, where there are quite a lot of tourists. There are other sports such as cross-country skiing that are more difficult," says Begino.

"Sports where there is no infrastructure or where the infrastructure is very basic, such as luge or ice-skating, are more difficult," adds the head of the Argentine delegation in Beijing.

Begino is aware that the task is challenging.

"One of the problems with winter sports is that there are no big cities near the ski centres. On the other hand, the cost of practising them, although higher than other sports, is considered prohibitive and in some cases it is not so," he says.

"There are sports that have infrastructure, such as alpine skiing, snowboarding and cross-country skiing. In these cases, there is a reasonable level of development. There are clubs, there is training for kids and there are national and international competitions. The other sports have little or no level of development," he concludes.

Of the six Argentine representatives at Beijing 2022, only luge competitor Vero Ravenna, who has been in Canada since the age of six, went to Pyeongchang.

Ravenna and Francesca Baruzzi, who will participate in slalom, giant and supergiant events, appear as the most likely to perform well, perhaps even breaking into the top 20.

Stories that caught our eye over the past seven days: May 6 to 13

The six competitors are carrying Argentina’s hopes as the Winter Olympics gets underway – and they will also serve as a showcase to attract children and young people to practice, and eventually, competition. 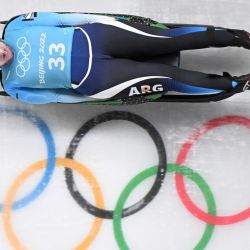 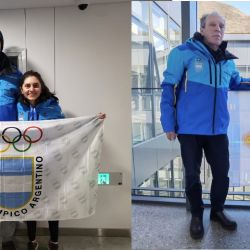