Yesterday marked the 141st anniversaryof the first issue of the Buenos Aires Herald and I thought it might be enlightening to look back to March 15, 1976, when the newspaper celebratedits first 100 years with a 128-pagesupplement. It was enveloped by afour-page facsimile of its earliest  edition,what was simply then THE HERALD.
This centennial issue came out less than six months after the military coup that was to turn Argentina into a web of secret torture chambers and  killing-grounds. So, first of all, I wanted to see whether the pages of 100 years of the Herald’s history reflected what was happening at the time.

The lead editorial begins with an unapologetically sentimental letter of thanks to the paper’s readers and comments on a survey of readers that had been conducted. It notes that many of the responses to the survey “were very moving, but one more than any other touched our hearts. A reader  noted that she sensed in those who write for this newspaper ‘a very deep love for Argentina’” “On any other occasion, it would be difficult to say how we do feel. But as somebody [on the staff] said, this is a time when sentiment is not out of place. That is how we feel. We profess a frank and open love for this country plus an equally determined belief that the current violence and lawlessness is totally alien to the real Argentina.

Having lived with this faith – which goes right back to the first [now] yellowed issues of your newspaper – we are happy to be 100. And we  thank you with all our hearts.” I did not expect, in a supplement dedicated to 100 years of Argentine history and coming so soon after the military takeover, to find any reference to the disappearances, the clandestine prisons or the other unspeakable horrors of the dictatorship. At that time,  we at the Herald knew that from the official propaganda we were expected to believe that we were living in an oasis of tranquility in a world wracked by violence. So, I was gratified that there was a reference to “violence and lawlessness,” albeit with the pious hope that they were “totally alien to the real Argentina.”

In early August of 1976 the staff of the Herald were still trying to find out what was going on, in a nation that had already been silenced. We already knew uniformed but unidentifiable armed men were kidnapping people from homes with impunity.

Challenged by the newspaper’s editors, the military government was already privately acknowledging “excesses” but it was also insisting that those responsible were being punished and that the armed groups – which the Herald called “the other terrorism” – were not acting under orders   of the de facto government.

Only two months earlier, however, the Herald had reported on the massacre of three priests and two seminarians at Saint Patrick’s Church in  Belgrano. The newspaper made it clear that everything about the case pointed toward government forces being responsible for the atrocity. The  paper was already trying to save lives by reporting the names of people who were missing after being seized.

This centennial number does not cover the Herald’s epic role in Argentine history, but it does reveal why the people who worked at the the  newspaper during those years did what they did. They were upholding a tradition of independence. In 1876, under the headline “Introductory” the paper’s editor wrote: “Our duty as journalists will not permit us altogether to pass over public … matters or the calamity of the Commonwealth of  hich we form a part; but we find nothing pleasing or attractive in the thorny ways of politics. And we will touch this ‘perilous stuff’ as lightly as we can. Our desire … is to see all mere political antipathies merged into one peaceful code, having for its sole aim the good of the people and the advancement of the country.”

Fast-forward 100 years. In 1976, under the headline “Where we stand” the paper’s editors wrote: “[The Herald’s] first editorials spoke out with  confidence and clarity on the issues of the day. Many of those issues have not changed today. Neither have the principles on which the Herald  was founded and which this newspaper continues to uphold.

“People who are not readers of the Herald often ask: ‘What is the Herald’s line?’ The simple answer is that it does not have a political line at all. Political independence is the essence of this newspaper.” Nothing has changed in 141 years, except the name.

The Buenos Aires Times is now on the masthead, honouring the title it has replaced and continuing its noble tradition, by telling the truth without  fear or favour. 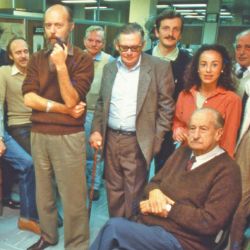 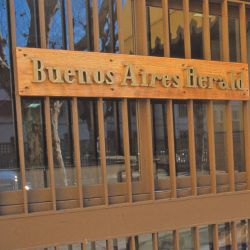 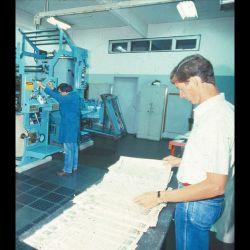