Thousands of historic sites are being crowded out or destroyed as roads, universities, stadiums and neighbourhoods are built to meet the population’s growing demands. Peru spends enough to protect just one percent of its pre-colonial archeological sites, according to official data, leaving hundreds of ruins abandoned.

From her small home near two golf courses and three slums, Gianina Rojas gazes up at a crumbling adobe pyramid, remnants of the vast Inca empire that flourished more than six centuries ago.

Like many people in modern-day Peru, Rojas was born and raised among Incan sites that were built before the Spanish colonised South America.

Now 26, she recalls treasure hunting as a child — hiding away pieces of ceramic pots, textile scraps and even human bones. "Lima is full of places like this," she said.

The pyramid is just one of thousands of historic sites, or "huacas," that are being crowded out or destroyed as roads, schools, residential neighbourhoods and stadiums are built to meet the population's growing demands.

High-rise apartment buildings tower around one site. Highway traffic barrels through a pair of tunnels newly burrowed under an adobe palace at a 900-year-old cemetery.

One of the few well-preserved pyramids sits across from the mansion of President Pedro Pablo Kuczynski, highlighting the creeping pace of urbanisation in Peru's bustling capital.

An estimated 46,000 pre-colonial sites dot Peru's landscape. About 400 of them are in Lima, which is home to the biggest number of pre-colonial archaeological zones of any city in South America.

Yet Peru spends only enough to protect just one percent of those sites, according to official data, leaving hundreds of ruins abandoned or relegated to becoming public trash dumps.

"Since the founding of Lima, there has been no relationship between the people and the huacas, beyond seeing them as mounds of earth or places to search for treasures," Lima-based archaeologist Hector Walde said.

He spoke while excavating carefully at a 3,500-year-old temple that has walls painted with ancient reliefs depicting mythological animals.

Lima's first urban explosion in the 20th century was accompanied by large-scale destruction of pre-colonial sites. The walls of one temple were pulverised to make bricks for new homes beginning in the 1980s, while around that time guerrillas used dynamite to attack an electric tower standing on a pyramid.

Today, a small group of archeologists and officials are stepping up efforts to reverse course and preserve sites being squeezed by urban sprawl.

"The idea is for Peruvians to feel that heritage is something that is enjoyed," Deputy Minister of Heritage Jorge Arrunategui told The Associated Press.

A public awareness campaign he has helped lead since July grants free admission to related museums and dozens of archaeological sites across the country, with the hope of reconnecting Peruvians with their heritage.

The campaign to bring new protections hasn't brought a heated debate over what needs to be done.

Officials say a new antiquities law will preserve the nation's cultural legacy by giving historical sites stronger legal protections. Activists fear it will diminish protections for thousands of sites because the law affects only those designated as archaeologically significant by Peru's minister of heritage.

The push to save the country's rich heritage also has not been widely embraced by everyday Peruvians. They sometimes take their ancient culture for granted, having lived their entire lives alongside the huacas — an indigenous Quechua word meaning "oracle" or "sacred place."

Krzysztof Makowski, a University of Warsaw archaeologist who has led excavations in Peru for 30 years, said it will take more than money to protect the sites.

"Museums have to investigate, and the same goes for universities," Makowski said. "When you have those people interested, it is easier to protect the heritage."

Like many people in Lima desperate for a place to raise her family, Rojas' mother built her small home in 1985 where she could find a spot. It is next to a 2,100-year-old complex of buildings and pyramids once used as a centre for religious and burial ceremonies.

They vowed to care for the site, which has been challenging. Rojas recalled once finding a body dumped among the ruins. She has also seen people shooting guns into its walls as target practice.

"Most people do not know how dangerous it is to care for a huaca," Rojas said. "You have to face land traffickers, thieves and bad people. The worst part is that the state never recognises or thanks you."

Bolsonaro and Fernández open to meeting, as ties with Brazil warm

by A special report by Franklin Briceno and Rodrigo Abd, Associated Press 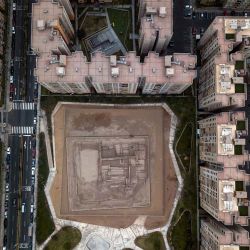 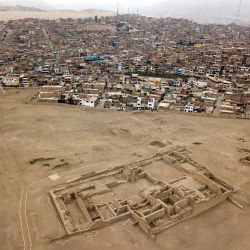 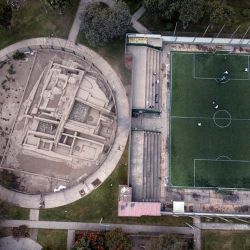 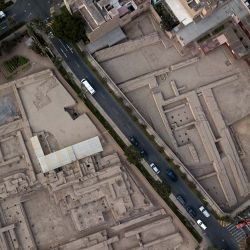 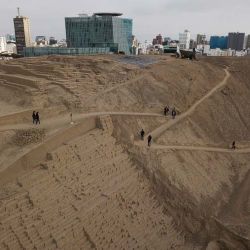 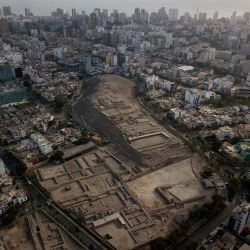 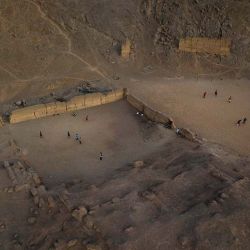 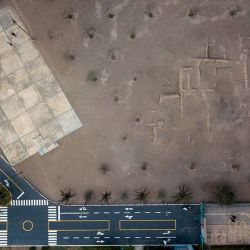 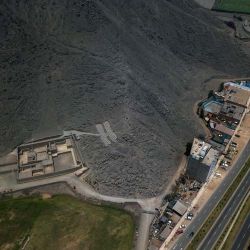 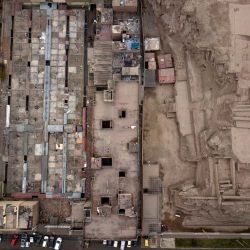