Anyier sits at the side of the road gasping for breath as the beating sun and 3,700-metre (12,000-foot) altitude take their toll.

It has been seven hours since she entered Chile from Bolivia on foot – her fifth border crossing since leaving Venezuela nearly a month and 5,000 kilometres (more than 3,000 miles) ago.

"This has been the toughest," she pants, sunburned and with chapped lips. "Awful."

The 40-year-old, a former employee of Venezuela's national iron and steel company, set off for Chile on January 25 with her 14-year-old daughter Dany and her partner, 26-year-old barber Reinaldo.

They left a Caracas suburb with just US$350 and a backpack of bare essentials for the long walk across the Andean high plain and the Atacama desert, crossing Colombia, Ecuador, Peru and Bolivia.

They were not alone.

In small groups, exhausted migrants advance slowly, mainly on foot, completing portions of the journey by bus or taxi, some catching rides on the roofs of delivery trucks.

Nearing the Chilean town of Colchane after illegally crossing the border in freezing desert conditions at dawn, Anyier and other migrants – some travelling for weeks or even months – are desperate for drinking water.

"They don't even want to give us water," complains Ramses, who is heading to Rancagua, a town close to Chile's capital Santiago, where a friend has offered him a farming job.

None of the migrants, many without valid travel documents, wanted to give their family names.

AFP met Anyier and her family as they took a break on the side of the road after a 25-kilometre walk from their last rest point.

The only vehicles to pass were trucks and "lately taxis and people that blackmail us" when offering rides, she says, tearfully.

"A taxi driver stopped to ask us if we had papers and when we said we were Venezuelan he made fun of us and drove off."

After crossing the border, "we climbed into a truck so that they would take us to Iquique or to Huara, but they said no, they weren't going to help Venezuelans," adds Reinaldo.

By daytime, the migrants are pummelled by a beating sun and gusts of wind capable of moving a truck. At night, the thermometer drops to below freezing, Colchane mayor Javier García tells AFP.

The village of 1,700 people – one of the 10 poorest in Chile – has since January experienced "a migration phenomenon and humanitarian crisis that is unparalleled in the region," he says.

Officially, three people – a Colombian woman, a baby and a 69-year-old Venezuelan – have died, "of cold, hypothermia," according to a soldier in Colchane.

"For months we saw raw, inhuman images at dawn with temperatures below zero – minus eight or minus 10 – of [people] crying from hunger, sometimes without money," says Garcia.

Some 40 kilometres from Colchane, 26-year-old Alexander lies paralyzsed with cold by the side of the road. Covered by old blankets, he wears light clothes and beach sandals over his socks.

He cries, saying he cannot feel his hands.

"He can't handle the cold," says a friend, before lying down on top of Alexander and embracing him for warmth.

"Come on buddy, let's go!" he says, trying to encourage him.

Two others in their 20s throw their blankets and rucksacks into a roadside ditch in an effort to form a rough shelter to sleep in.

The Venezuelans' reception has mostly been cool in this region of isolated homesteads and indigenous Aymara shepherds raising alpacas.

García speaks of a culture clash between the migrants and the Aymara people of the area, whose reserved character contrasts sharply with what they perceive as the arrogant and noisy demeanour of some of the newcomers. 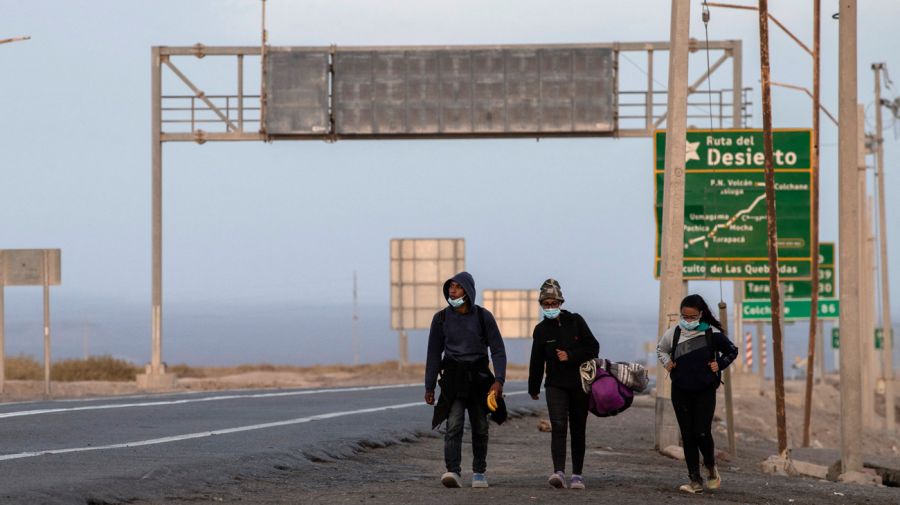 'They threatened to kill me'

The villagers "have been afraid because some of them [migrants] enter homes without asking permission," says Ana Moscoso, a store owner in the village of Chusmiza.

In the village of Quebe, a signpost reads: "Beware – Keep out – three pit bulls on the loose."

"They came here, they threatened to kill me, to eat me because I threw them out of my grandson's house," recounts Maximiliana Amaro, 82, who lives off her animals and the quinoa, potatoes and corn she grows.

Amaro is furious, saying Venezuelan migrants enter homes while the owners are out tending to their alpacas.

"And in Colchane they give them [the migrants] everything, food, but not to us," she moans.

According to the United Nations, some five million Venezuelans have fled their country since 2015 due to the political and economic crisis.

Most have travelled elsewhere in South America, including about a half million to Chile, where many expect to find a chance at a new life in a more stable economy.

Since late 2020, with Peruvian troops patrolling the border after it was closed due to the global health crisis, more and more Venezuelans are attempting the perilous walk along the Andean mountain range to Chile.

To make it to the capital Santiago from Colchane, migrants must first find a way some 170 kilometres to Huara, along a little-used road with few villages, and from there to the coastal city of Iquique.

In Huara, migrants are seen sleeping on the streets, with a few finding shelter in the shed of a sympathetic local.

A lucky few catch rides on mining trucks. Others pay passing drivers up to US$100 each for a ride to Iquique, but many get abandoned along the way. 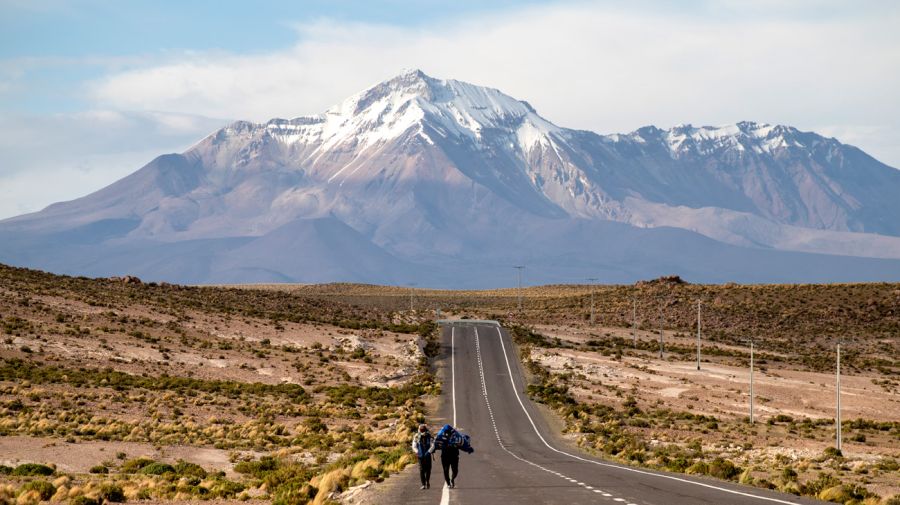 Iquique, a city of 200,000, has been badly hit by the coronavirus pandemic.

Thousands of migrants have arrived since December, and migrant centres are crammed full of people fulfilling obligatory quarantines.

In February, the Chilean military removed dozens of migrants from facilities in Iquique and deported them in a move meant as a deterrent.

"We have nowhere to go and no money," said Anabella, one of hundreds of people camping out on the Plaza Brasil main square in Iquique.

"There are people who give us tents, we cook, some go out to do little jobs, sell sweets or ask for money," said the 26-year-old mother of two.

Anyier and her family finally make it to the Iquique bus terminal.

Many, like her, rely on money sent from friends or family already in Chile to buy a bus ticket and pay for a coronavirus test to allow them to continue on.

On February 23, Anyier's family reached Santiago; her sister emigrated there three years ago.

"Thank God!" she exclaims as she falls into her sister's arms at the end of an excruciating ordeal.