Chile on Tuesday inaugurated Latin America's first-ever thermosolar energy plant, a vast complex dubbed Cerro Dominador in the Atacama desert that gives a boost to the country's quest for carbon-neutrality by 2050.

In an area exceeding 700 hectares, 10,600 mirrors surround a 250-metre-high tower topped with a receiver onto which the Sun's rays are reflected.

Molten salts in the receiver absorb the heat and are then used to generate electricity -- up to 110 megawatts -- by means of a steam turbine.

Combined with an adjacent photovoltaic plant, the Cerro Dominador complex is capable of producing 210 megawatts of renewable energy.

A feature of the project is that the salts can store energy for up to 17.5 hours, allowing the system to continue operating without direct sunlight, and for 24 hours per day, its operators say.

"It will allow us to save more than 600,000 tons of CO2 emissions per year. That is equivalent to what 300,000 cars emit in a year," Chilean President Sebastián Piñera said at the inauguration event.

Carbon dioxide is the most abundant of human-created greenhouse gases blamed for climate change and planet warming.

It is generated by burning carbon-based fossil fuels used in transportation and power generation, construction, deforestation, agriculture and other practices, and persists in the atmosphere and oceans for thousands of years after it is emitted.

In line with the 2015 Paris climate agreement, which seeks to hold global warming to no more than 2 degrees Celsius over pre-industrial levels, Chile pledged to make its economy carbon neutral by 2050, meaning it emits no more than it can offset through other means.

Construction of the Cerro Dominador project started in 2014 in the middle of the Atacama desert, some 3,000 metres above sea level in Chile's warm, dry and sunny north.

Piñera said Chile would inaugurate more clean energy projects in 2021 than in all its previous history to meet the "urgent challenge" of climate change.

This will include electrifying public transport, replacing carbon-based energy with green alternatives and expanding forests which absorb CO2. 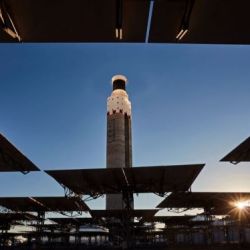 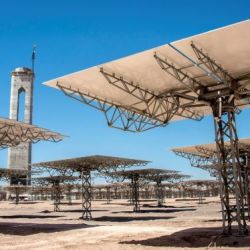 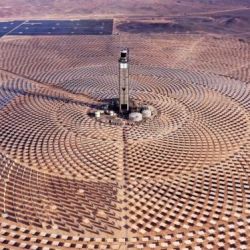 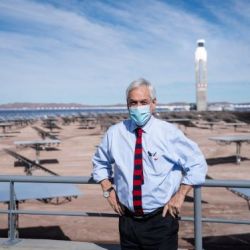