Found in the midst of a geological formation rich in dinosaur remains, Vaca Muerta, a huge sweep of western Patagonian wilderness, sits on the world's second largest reserve of shale gas and its fourth largest oil reserves.

A push to develop extraction amid a crippling economic crisis has made the area a magnet for international oil companies. But its inhabitants warn about the effects of hydraulic fracking, a controversial process constantly under the watch of environmental activists.

Crucially, Vaca Muerta is also home to indigenous Mapuche communities who say their rights are being denied.

Patagonia – a reservoir of fossils, oil and wind worth their weight in gold

"They came in and said this natural resource belongs to them and that the economy of the country depends on that. But they impacted the ecosystem,” says Lorena Bravo, spokeswoman for the Mapuche community in Campo Maripe, who have confronted the oil companies and have attempted to stop the fracking.

"They came in as a state enterprise and just blew up the land. Without measuring the consequences or seeing that there were people living here – a Mapuche community living on the land," she added. "And from then on they denied our existence." 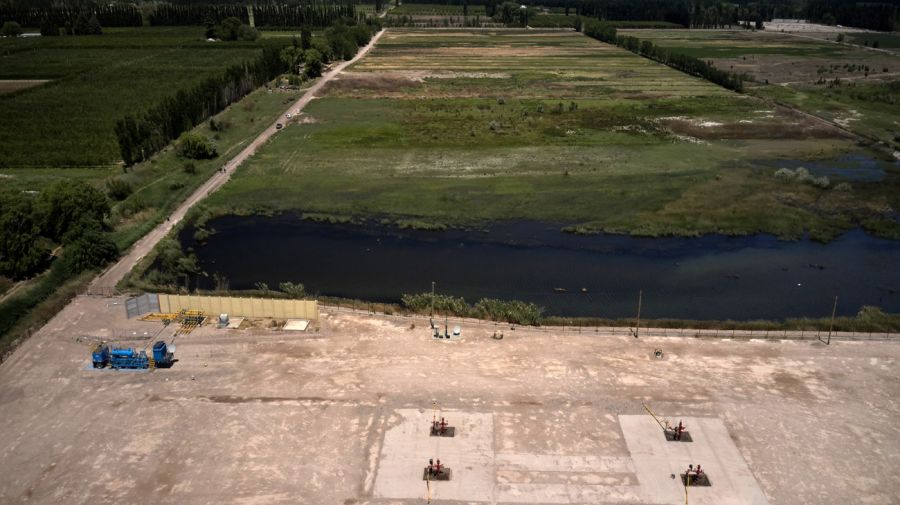 The Vaca Muerta deposit extends over 30,000 square kilometres (11,580 square miles) in Patagonia, between the provinces of Neuquén, Río Negro, la Pampa and Mendoza. It represents 43 percent of the country's total oil production – 505,000 barrels per day in July – and 60 percent of its gas production (144 million cubic metres of gas).

The Mapuche claim that the burgeoning oil and shale gas industry has irreversibly damaged their ancestral homelands, and with it their traditional way of life.

"The water and air were contaminated, plants dried up, new diseases appeared that had never been there before," says Bravo.

Years ago, Añelo was a small hunting town in the middle of the Patagonian desert, where goats and sheep grazed. Today, the once-pastoral town has transformed into a thriving oil hub of 8,000 people, with hotels and shops for workers, and a huge casino.

Indigenous Mapuches live on the town’s outskirts and claim an ancestral right to the land. They say that have been displaced due to the contamination caused by fracking.

"Fracking is an illegal activity in Mapuche territory. It doesn't comply with our rights to be consulted," said Jorge Nahuel, one of the leaders of the Mapuche Confederation of Neuquén.

“Our territorial find themselves on a lake of fuel. The result is pollution and death. Farm animals are born with defects,” he added. 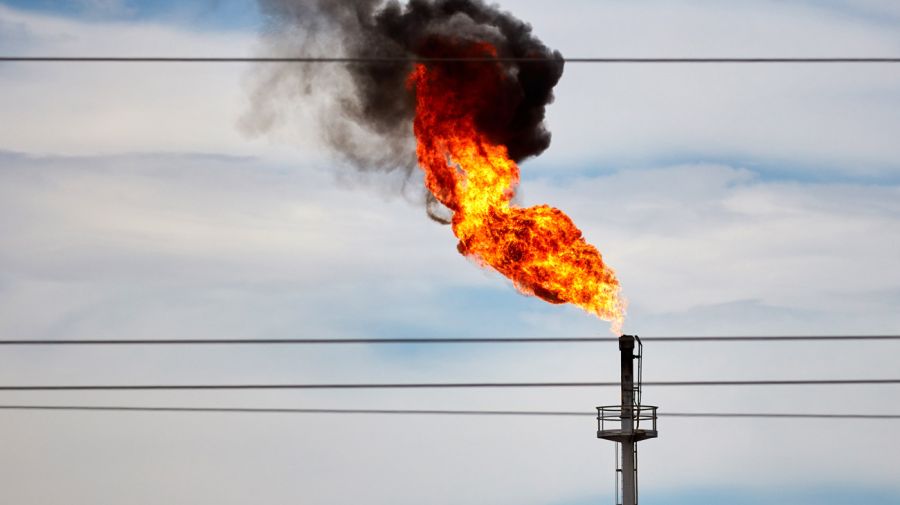 Other nearby communities like Allen and Fernandez Oro have seen their fruit crops diminish in the face of the oil companies' relentless advance across the land as exploration concessions increase.

The Mapuche were driven out from this land at the end of the 19th century. A wave of immigrant farmers from Europe introduced a canal irrigation system, feeding crops with water from the Neuquén river and turning the region into Argentina's main apple and pear producing area.

"Oil activity has a lot of history in the region, but this has always been in unpopulated areas," according to Agustín González of the agriculture science faculty at the National University of Comahue.

“More than fracking, in the last seven or eight years, there has been a change in how exploitation is now taking place close to population centres, and areas of intensive agricultural production," he added.

According to the expert,, some 20,000 productive hectares (49,420 acres) have been lost over a 30-year period, adding to the effects of climate change, as apple trees scooped up 1,200 kilogrammes of carbon sequestration per hectare per year. 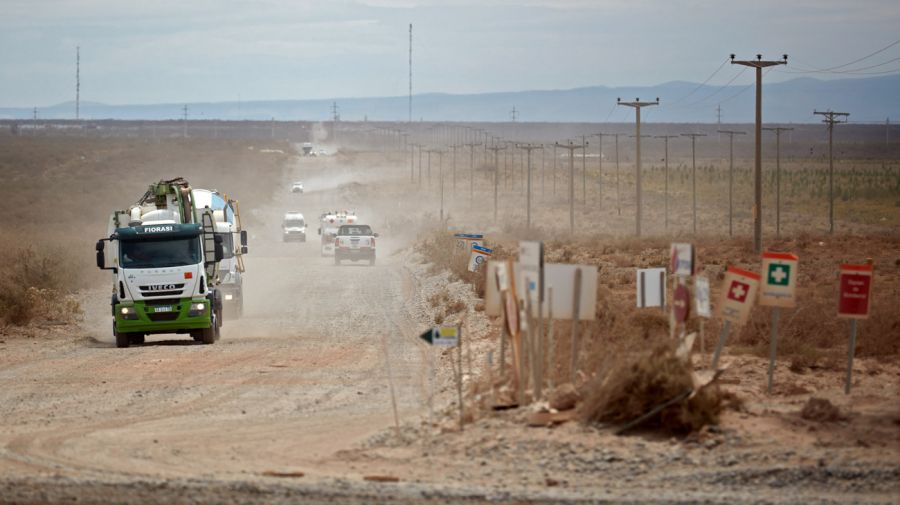 Mariano Lavín, the mayor of Fernández Oro, has publicly opposed the petroleum activity in his municipality, which until now had been dedicated to apples, pears, hop (used for beer production) and vineyards.

"Since the oil activity started, the earth is no longer recoverable," said an anguished Lavín, who is preparing to pass a new land-use code that regulates where and under what conditions it can be developed.

The shale-gas industry "is a very particular activity, which can only be exploited by hydraulic fraction. It needs to have restrictions," he explained.

Although the industry pays royalties to the provinces and municipalities for fracking and drilling work, Lavín says the cost to the environment is simply too high.

"We prefer pears, apples, wine and beer," he said.

Sauzal Bonito is a small town on a single paved street near the Los Barreales hydroelectric dam and reservoir. Houses there have sustained cracks, and residents complain about continuous earth tremors from drilling and fracking. 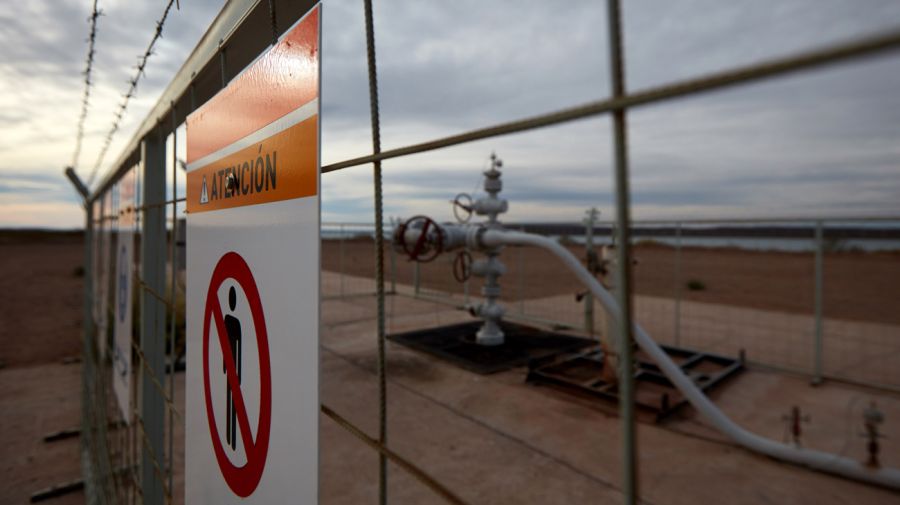 "The tremors began three years ago. There has been damage to my house, pieces of the wall are falling," said mother-of-two Marisol Sandoval.

In the town, the provincial government has already replaced three houses that needed to be condemned.

"Ours are old constructions. The houses are made of adobe. We are in an oil zone. They should at least come and talk to us," said Sandoval.

On the outskirts of Allen, Roxana Valverde, a 44-year-old farmworker with six children, also lives in a fragile and fractured house.

"The fracking affects us a lot. We have destroyed houses and others with cracks in the walls due to the vibration caused by passing trucks. There are many children with respiratory problems. Crops have gone down, there is a lot of wasteland that used to be fruit and vegetable farms,” said Valverde.

“We’ve tried buying in another place, but because we are surrounded by oil companies, everything is very expensive, and there is nowhere else to go." 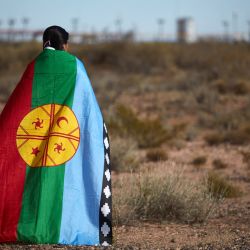 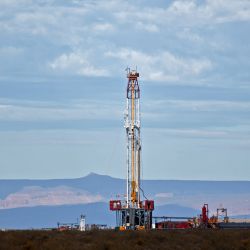 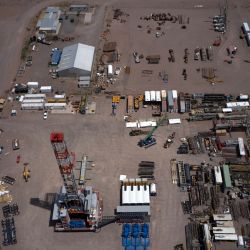 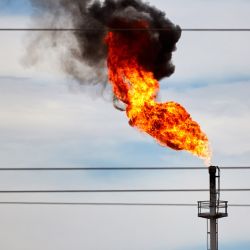 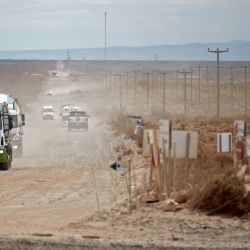 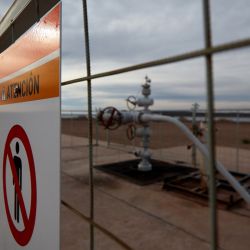 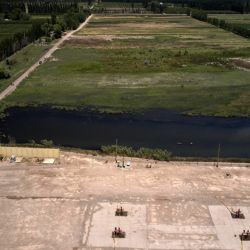 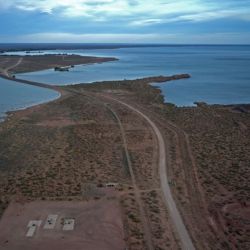