As Argentina’s economy recovers from last year’s crash, young men who lost their jobs are being re-hired at a much faster pace than young women, according to a report published Tuesday by the Economy Ministry.

A quarter of women under the age of 30 in the country are currently unemployed, compared to 17 percent of young men. That gender jobless gap of eight percentage points has quadrupled from two percentage points before the pandemic. 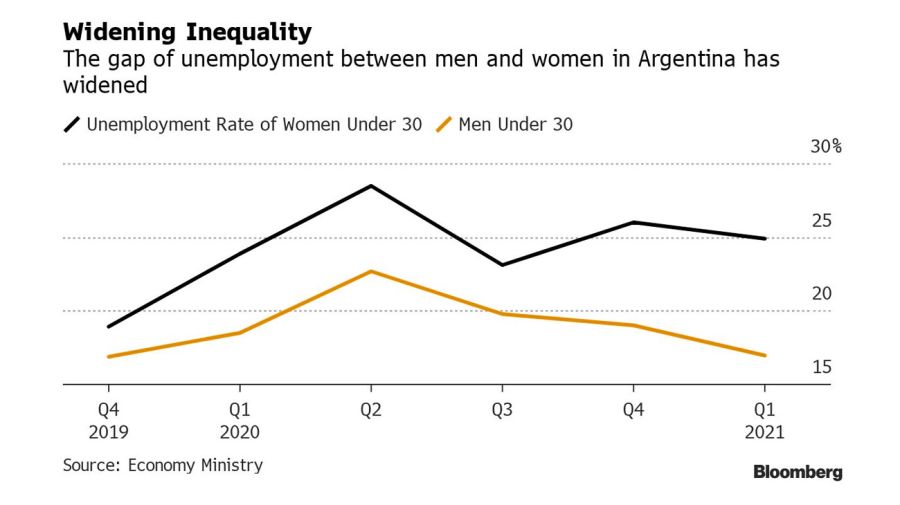 Job destruction during the pandemic disproportionately affected service businesses, where women are more likely to be employed, while some male-dominated jobs in manufacturing and construction were protected by a ban on firing workers.

“We’ve seen women set back two decades in the labour market,” Mercedes D’Alessandro, director of gender, equality and economy at the Economy Ministry, said in a recent interview. “We’re seeing a recovery, but it’s slower for women and they have more obstacles.”

D’Alessandro says the government aims to add more affordable childcare centers to help women get back into the labour market.