Getting to Iberá can be an adventure in itself. But its subtropical verdure and disarmingly approachable animals make a trip to Corrientes province well worth your time, writes Wayne Bernhardson.

Once, at the fashionable Hotel W in Santiago’s Las Condes district, a staff member told me that pets were welcome. “Any pets?” I asked and, when he responded in the affirmative, I facetiously suggested I’d bring my howler monkey the next time. He was nonplussed.

That came to mind only because, on one of several visits to the subtropical wetlands of Corrientes province, I saw howlers up close and personal on the Sendero Carayá, a footpath through the gallery forest near Colonia Carlos Pellegrini. I’d first heard about Iberá nearly 30 years ago, when UBA geography professor Carlos Reboratti told me I had to go to Pellegrini, a hamlet most easily reached from the town of Mercedes.

When I first saw Iberá — which should soon become a national park — it felt like a freshwater Everglades, where the wildlife was disarmingly approachable (even disconcertingly so, with caimans that seemed close enough to spring into our flat-bottom launch). A closer comparison might be Brazil’s far larger Pantanal, which I’ve never seen, but it’s hard to imagine it’s any better than Iberá’s subtropical verdure and plentiful wildlife.

Not so idle days in Patagonia

For wildlife, the best times are early morning and evening, when the animals are most active and visible, and the sun is not uncomfortably hot. From a small dock at Pellegrini, we outboarded across Laguna Iberá — in reality, a slow flowing river — to a dense cluster of embalsados (“floating islands”) where our guide tilted the motor out of the water and began to pole among them. Consisting of matted vegetation and a few patches of soil, with roots anchored to the bottom, these islands are home to caimans, capybaras, marsh deer, and 350 different bird species that make them a photographer’s paradise.

For the deer, navigating these islands is a chore, as they sink up to their shoulders and surge slowly out of the sludge. There are also lesser fauna, such the orb-weaving spiders that cluster along the shores of the tributary Río Miriñay, which even arachnophobes should appreciate. And there are venomous snakes; though I’ve never seen one here, I’d keep an eye out on the woodland trails.

There’ll be more wildlife, if the Conservation Land Trust has its way. An initiative of the late environmental philanthropist Douglas Tompkins and his widow Kristine McDivitt, the Trust purchased extensive properties in the area with the goal of “rewilding” them through the rescue and re-introduction of species like the collared peccary, giant anteater, jaguar, Pampas deer, tapir, and red-and-green macaw.

Soon, the new national park will supplement already existing provincial reserves and parks. The CLT will be contributing 150,000 hectares to a project that, according to its Buenos Aires representative Marian Labourt, “is advancing through Congress and should pass in September.” The Tompkinses have already donated properties in Chilean and Argentine Patagonia to expand both countries’ parks systems, and the new project promises to make Iberá the world’s highest-profile subtropical wetland.

Getting to Iberá can be an adventure in itself. The closest airports are in Corrientes and Posadas, but that still means significant overland travel. Now partly paved, the road from Mercedes still has segments that may be impassable when it rains; before entering Pellegrini, it crosses a Bailey bridge over the lagoon.

When I chose to go from Gobernador Virasoro, on the east side, it was an experience I’d rather not repeat. Skies were blue and the route was dry as I drove west on provincial Ruta 40, but an unexpected rainstorm quickly turned the route to mud and, even with 4WD, I must have driven at least 30 kilometres diagonally along the surface, somehow avoiding the deep drainage ditches.

My daughter had a similar experience on northbound Ruta Provincial 41, when she and her boyfriend joined a German couple en route from Pellegrini to Posadas with a hired Argentine driver. Both these routes are now gravelled on one side so, if you meet a car coming in the other directions, things can still get tricky.

On what was once an estancia, the Tompkinses have renovated the old casco into a stylish guesthouse that showcases Doug’s attention to detail. There’s no TV (though there’s a video lounge), but there’s a library, artwork, photographs, and high-ceilinged bedrooms that moderate the subtropical heat. It’s an all-inclusive facility with meals and activities, but there’s a greater diversity of accommodations, for all budgets, in Pellegrini itself.

Expect surprises here, but don’t obsess about them. Once, at the tourist office in Rosario, I met a backpacking Australian couple who later made the trek on my recommendation. Arriving late at night, they apprehensively skirted the lagoon’s edge and onto the bridge, fearing an attack by the caimans — apparently conflating these relatively innocuous reptiles with their own country’s massive crocodiles. Once, arriving at Pellegrini at twilight, I myself spotted a rare maned wolf but, unfortunately, the nocturnal beast scattered into the shrubbery before I could stop and photograph it.

<< CLICK THE IMAGE ABOVE TO SEE MORE PHOTOS FROM WAYNE'S TRIP >>

– Hostería Rincón del Socorro (www.rincondelsocorro.com, tel. 011/5272-0343 in Buenos Aires), 38km west of Pellegrini, is Douglas Tompkins’s elegant customisation of the estancia’s traditional big house, with all meals and activities included. Its restaurant is open to non-guests.

– Posada Uguay (www.posadauguay.com, tel. 011/5272-0343 in Buenos Aires), about 5km from the Hostería, offers simpler but still stylish accommodations, and similar access to excursions.

– For the budget-conscious, there’s Pellegrini’s Camping Municipal del Iberá (tel. 03773-15432388), which has 11 quinchos, picnic tables and baths with hot showers. Excursions into the marshes leave from its dock.

– In Pellegrini, Rancho Inambú Posada de Campo (www.ranchoinambu.com.ar, tel. 3773/15-401362) is a bed and breakfast. Also in town, Posada Ypa Sapukai (www.posadadelibera.com, tel. 011/15-3704-2288) offers a series of two- to five-night packages that include full board and several excursiones, but drinks are extra.

– Pellegrini’s top-end choice is Posada Aguapé (www.iberaesteros.com.ar, tel. 0379/423-1388 in Corrientes, tel. 03773-499412 in town), which is the closest thing to Rincón del Socorro. Excursions and meals are also part of the package. It has its own dock for access to the Esteros 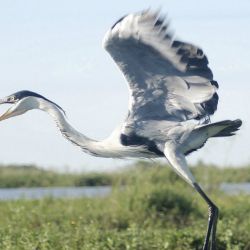 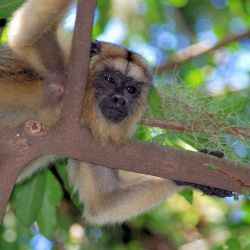 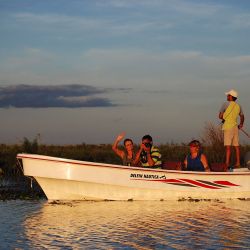 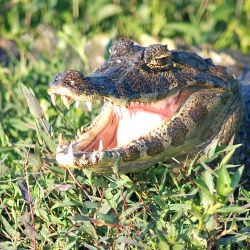 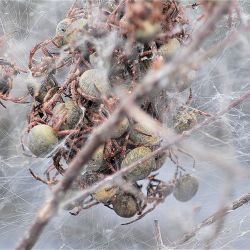 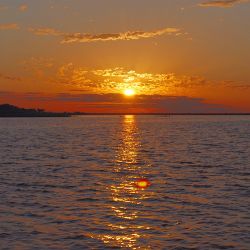 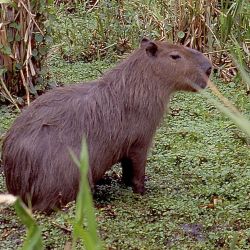