THE WEEK IN CORONAVIRUS

The third wave of coronavirus reached a daily six digits as the week drew to an end with a total of 6,135,836 deaths and 117,428  confirmed cases at press time yesterday as against 5,654,408 deaths and 117,169 confirmed cases as of January 1. As cases mounted and testing centres felt the strain, ANMAT (the Argentine equivalent of the Food & Drug Administration in the United States) last Wednesday officially approved four self-testing techniques for detecting Covid-19, produced by the Abbott, Roche, Vyam Group and Wiener labs, importing where necessary. Meanwhile Health Minister Carla Vizzotti sought to take the strain off the testing centres in a different way by saying that close contacts of coronavirus cases did not need testing but should go into quarantine for five days if vaccinated and seven days if not. Vizzotti described the Omicron variant as “extraordinarily” contagious but far less serious than its predecessors with the increased cases not translating into intensive ward occupancy or deaths but straining the testing system to extremes.

While President Alberto Fernández continued to heap the blame on his predecessor Mauricio Macri, describing himself as the first president
"to have the sad privilege of denouncing an ex-president for indebting the country,” Economy Minister Martín Guzmán last Wednesday gave provincial governors his diagnosis of the negotiations with the International Monetary Fund (IMF) to reschedule the debt in a session only completely shunned by City Mayor Horacio Rodríguez Larreta while the Radical governors of Jujuy, Mendoza and Corrientes were among eight provinces sending representatives with 12 of the 23 governors directly present and three more virtually connected. Guzmán’s presentation failed to impress the money markets with country risk rising to 1,789 points the next day while Argentine bonds were sharply down overseas.

According to a Bloomberg survey, only Turkey’s lira outstripped Argentina’s peso for devaluation last year. The survey showed all major Latin American currencies losing ground against the United States dollar last year but none more so than the peso, which suffered a 14.7 percent devaluation (while the Turkish lira collapsed 94.5 percent). The report blamed inflation, the gap between official and parallel exchange rates, speculation and the delays in reaching an agreement with the International Monetary Fund.

Argentina extended an export ban on seven beef cuts until the end of 2023, doubling down on its efforts to tame meat prices for local consumers, especially poorer families. The ban was introduced last May although partially eased since but failed to head off a 48 percent increase in beef prices last year, including double-digit rises for some cuts last November.

The first week of 2022 ended with the “blue” parallel dollar closing at 208 pesos after rising by over 25 percent in the previous year. The official exchange rate was 108 pesos, as quoted by Banco Nación, while the parallel but legal exchange rates of the CCL (contado con liquidación) and MEP (medio electrónico de pagos) closed at 211 and 203 pesos respectively. Moving up throughout the week, country risk finished the week at 1,801 points.

The Alberto Fernández administration gained its main diplomatic success when it landed the pro-tempore presidency of CELAC last Wednesday, with the support of the preceding Mexican presidency against the resistance of Brazil’s Jair Bolsonaro, who boycotted the proceedings, leaving Brazil’s CELAC seat vacant. In Bolsonaro’s absence, the main objections to the Argentine candidacy were raised by Nicaragua, governed by Daniel Ortega. The main selling point of the Argentine candidacy was its potential as a mediator between the United States and the controversial regimes of Nicaragua, Cuba and Venezuela whose democratic credentials are challenged by Washington, which, however, also views CELAC as hostile to the Organisation of American States, headed by Uruguayan Luis Almagro. President Fernández and his Mexican colleague Andrés Manuel López Obrador both aspire to make CELAC a regional community on a par with the European Union.

The Foreign Ministry followed up the ritual affirmation of Argentine sovereignty over the Malvinas on the 189th anniversary of the British takeover last Monday with a stiff demand last Wednesday for an explanation by London of the transport of 31 nuclear weapons aboard three Royal Navy vessels to the 1982 South Atlantic conflict, following the declassification of British Defence Ministry archives after 40 years. The Argentine protest considers the episode a violation of the Treaty of Tlatelolco while the British argument (off-the-record, from press sources) was reportedly fear of the Soviet Union entering the conflict.

President Alberto Fernandez called on the Judiciary last Tuesday to "investigate without delay" allegations of alleged espionage and trade union persecution, following a leaked video showing former Buenos Aires Province labour minister Marcelo Villegas saying: "If I could have a Gestapo, a shock force to finish off all the trade unions, I’d go ahead." The controversial meeting back in 2017 was to discuss accelerating legal proceedings against La Plata construction workers’ union leader Juan Pablo “Pata” Medina. After the release of the video, Villegas offered “sincere apologies for having clumsily used absolutely the wrong word, which is also far removed from my way of feeling, thinking and acting.”

The Economy Minister has created an official channel to receive denunciations of corruption and other irregularities violating public ethics, as established by Resolution 978/2021 published last Tuesday in the Official Gazette.

Chubut judicial authorities opened disciplinary proceedings on Tuesday against Comodoro Rivadavia judge Mariel Suárez for “inappropriate conduct” after the magistrate was caught on camera kissing a prisoner whom her court had sentenced to life imprisonment for the 2008 murder of a provincial policeman.

Seven members of the City Police, including two inspectors, were remanded in custody on Wednesday on charges of covering up the police slaying of 17-year0old Lucas González in Barracas last November. A million-peso lien injunction was slapped on each of the defendants. 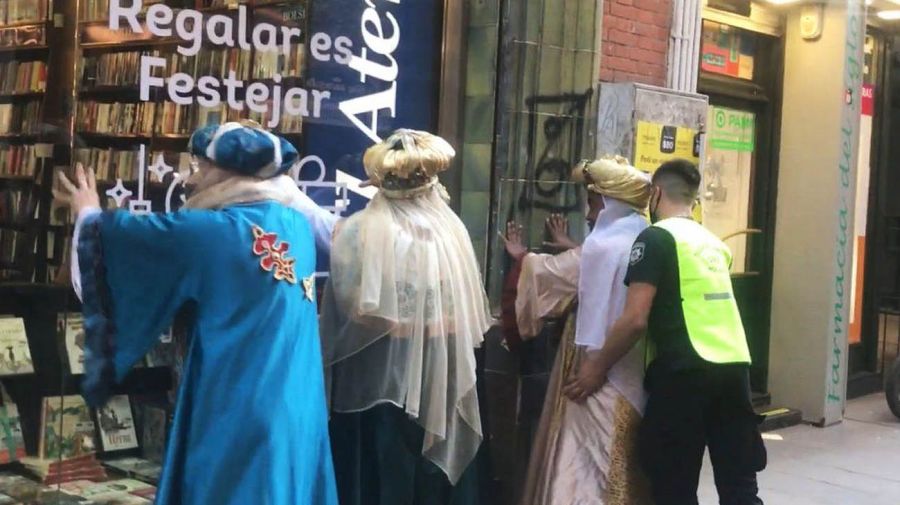 The annual celebration of Reyes (Epiphany) last Thursday took an unusual twist in Rosario when Melchior, Caspar and Balthasar distributing toys to children were accused of robbing a woman’s mobile telephone and lined up in front of a bookshop by Santa Fe provincial policemen for thorough search without anything being found.

Libertarian Javier Milei last Thursday launched a raffle with his first monthly salary of over 200,000 pesos as the prize (with the winner to be announced on Wednesday), rejecting criticisms that it was a "populist gesture." His website reportedly staggered under the weight of almost two million people interested.

The Catholic Church was required to pay 14.4 million pesos to a victim of sexual abuse by Mendoza judge María Lilen Sánchez in a historic ruling last Tuesday. The ruling comes more than two years after the conviction of priests Horacio Corbacho and Nicola Corradi (who died last July) for abuses at the Instituto Próvolo for deaf-mute children following a 2016-2019 trial. The Catholic Church requested pardon for the abuses soon after the sentences but the defence lawyers of the victims insisted: “The Pope must accept responsibility.”

Two mountaineers died and two others died in an accident last Wednesday nearly 600 metres short of the summit of the volcano Lanín (3,776 metres) on the border between Argentina and Chile. The luckless climbers plunged some 300 metres. Tourists were ordered off the area until the rescue work had been completed.

HIT AND RUN IN PALERMO WOODS

José Carlos Olaya González, 32, the hit-and-run motorist who killed cyclist Marcela Bimonte, 62, in the Palermo woods last weekend, was charged with culpable homicide on Tuesday. Olaya González, who also ran over four other people when he drove off the road, was revealed by court sources to have a criminal record, including armed robbery. Three men who helped him to escape in a van were also detained and lined up for interrogation.

Thousands of people marched last Tuesday along the beaches of Mar del Plata to protest a South Atlantic oil project recently approved by the Alberto Fernández administration, authorising seismic exploration studies by the Norwegian oil company Equinor, the state energy firm YPF and the Anglo-Dutch multinational Shell. One protester said that a virtually inevitable oil spill could reach Uruguay. There were also smaller protests in other coastal cities.

Residents in the coastal resort of Pinamar were shocked this week when thousands of young people without facemasks attended a beach party last Thursday. The event at the Boutique Parador, Pinamar's most popular beach bar, took place despite a massive surge in coronavirus infections in recent weeks, with confirmed cases in the seaside town up 200 percent over the past seven days. DJ Fer Palacio entertained a crowd for around an hour, according to reports, with the images of so many people so close together, with most without facemasks, drawing a lot of attention on social networks. The local municipal government did not foresee that so many people would attend. According to reports, only 10 chemical toilets were set up to the side of the stage, with just a handful of police. The incident in Pinamar is far from an exception, according to reports. Similar images have been seen across Argentina, with vacation hotspots such as Mar del Plata full of tourists enjoying their holidays. The Noticias Argentinas news agency, quoting a local media outlet, said that other events have taken place across Buenos Aires Province, with infections now surging in the region. More than 40,000 cases were reported in the nation’s most-populous province on Friday.

The government has fined Facebook five million pesos (US$48,435.67) for including abusive clauses in the privacy policy terms of messaging service WhatsApp, the Productive Development Ministry said this week. The sanction was applied through the National Directorate for Consumer Defence and Consumer Arbitration (DNDC), which considers that in the privacy policy clauses of WhatsApp, the company dissociates itself from its obligations by limiting its liability for damages, restrict consumer rights and therefore expand their own 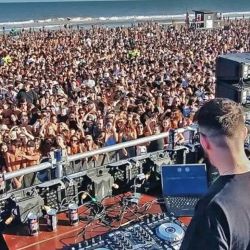 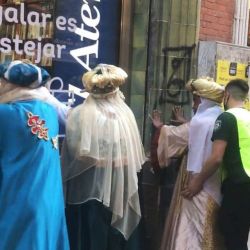