Supreme Court Justice Elena Highton de Nolasco resigned her bench this week, with the 78-year-old confirming she would step down at the start of next month.

The news, announced on Tuesday, comes less than two weeks after Horacio Rosatti was elected as the court’s next chief justice, replacing Carlos Rosenkrantz, in a vote in which Highton de Nolasco abstained. This latest development will extend an era of uncertainty for Argentina’s highest tribunal.

Highton de Nolasco’s decision was confirmed in a letter to President Alberto Fernández dated September 30, a copy of which was published by the Centro de Información Judicial (CIJ).

"I am pleased to address the President of the Republic, with the purpose of presenting my resignation as Justice of the Supreme Court of the Nation, effective November 1 this year," wrote the magistrate – the only woman on the nation’s highest tribunal – in a short six-line message.

According to sources cited by Perfil, she spoke with the Peronist leader beforehand to inform him of her decision, though the news was still unexpected.

Fellow Supreme Court justice Ricardo Lorenzetti said Wednesday that he was "very sorry" to have heard of Highton de Nolasco's resignation, admitting that the two have a "very close and friendly relationship."

Highton de Nolasco, whose legal career began in 1966, assumed a seat on the Supreme Court in 2004. The first woman to join the court since the return of democracy and to serve as the court’s vice-president, she was nominated by former president Néstor Kirchner, successfully winning the endorsement of the Senate by 51 votes to five.

At the time, Fernández served as Cabinet chief. Speaking then, the current president described Highton de Nolasco as an “outstanding judge” with “a very important judicial career with more than 30 books published on civil rights and mediation as an element of conflict resolution.”

Highton de Nolasco’s resignation creates a new vacancy on the nation’s highest tribunal in the middle of a challenging election year for the government. President Fernández will now have to propose a replacement, which will need the support of two-thirds of the upper house and therefore, at least some of the opposition.

The outgoing justice, who gave no reason for her resignation, has generally kept a low profile while serving as a justice. She briefly made headlines in 2016 when, after surpassing the retirement age of 75, she successfully won a legal challenge allowing her to continue in her post. Then-president Mauricio Macri had earlier raised doubts over her continuation in the position, but his administration did not challenge the ruling. It is unknown if age was a factor in the decision to stand down.

"The age limit is based on the regulations. We do not know the reasons for his decision, but it could have been a factor, " said a Casa Rosada source.

Some reports this week suggested that the recent renewal of authorities within the nation’s highest tribunal played a role in her decision to step down. Highton de Nolasco did not cast a vote in the ballot to elect Rossatti, an outcome that saw her lose the vice-presidency of the court. 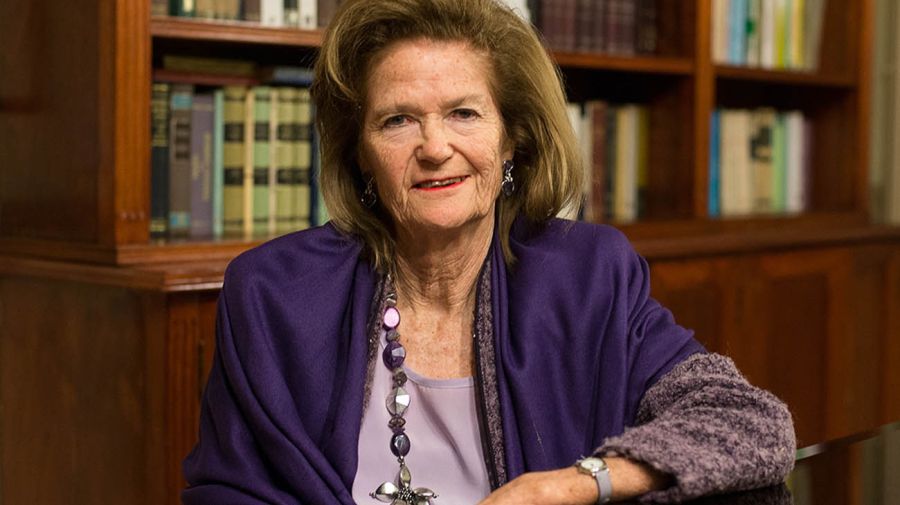 "She is a 79-year-old woman. I don't know how healthy she is, although she was very good in intelligence and ability," said the former magistrate. “I think it is prudent that she has decided to resign, due to a question of age."

Barra said Fernández’s search for a replacement would be “a difficult task,” highlighting the necessity of a “special majority” in order to install a new justice.

Eugenio Zaffaroni, another former justice on the court, said the news was a sign of internal tensions among the court's members.

"It is a Court that was built like this with extremely aggressive attitudes. I suppose that situation became unbearable for her. I think that clearly is the reason for the resignation," he said, hinting at a power dispute.

Zaffaroni said it is essential that another woman be appointed to the court, though he warned the position may not be filled until "February or March," given that elections are due in November.

Echoing calls from many in the ruling coalition, he expressed support for calls to expand the court's membership, saying more justices would be able to help the court "move forward."

A key figure in the creation of the Oficina de Violencia Doméstica, Highton de Nolasco pushed for special attention to be granted to cases involving gender violence and is seen by seasoned court-watchers as perhaps the judge most in tune with President Fernández, a fellow lawyer. Highton de Nolasco, for example, was the only member of the nation’s highest tribunal to attend an event launching the government’s judicial reform bill in 2019.

Last year, she abstained from a controversial ruling that granted the Buenos Aires City government the right to continue in-person classes at schools during the coronavirus pandemic, in line with her previous positions regarding the autonomy of the federal capital. 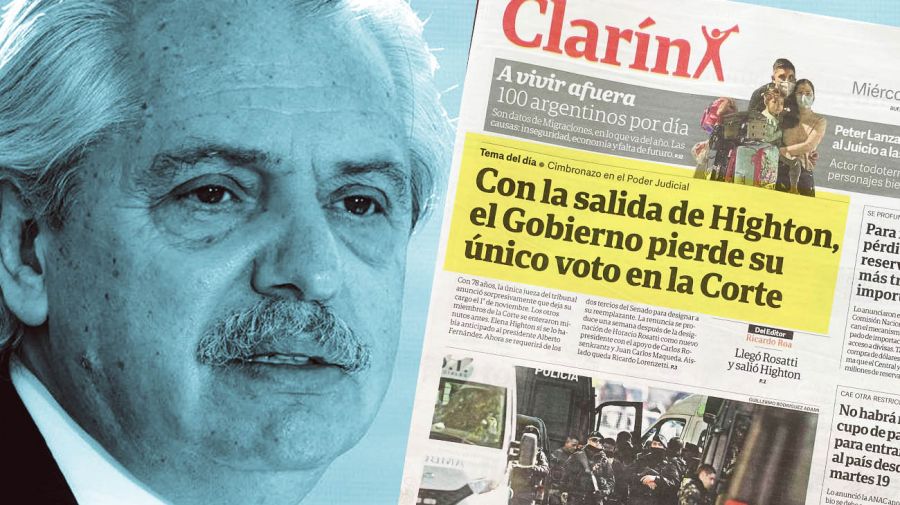 President Alberto Fernández lashed out at the Clarín newspaper on Wednesday morning after the outlet's frontpage suggested that departing Supreme Court Justice Elena Highton de Nolasco was the government's "only vote" on the nation's highest tribunal.

Reporting on the news of Highton de Nolasco’s resignation, Clarín’s frontpage story the following day ran with a headline stating: “With Highton's exit, the Government loses its only vote on the Court.”

Fernández slammed that approach in a post on Twitter, before raising a question that was implied by the headline.

"I read the cover of today's newspaper from the main media and telecommunications company in the country saying that ‘The Government loses its only vote on the Court.’ I am shocked. If the Government lost its "only vote", whose are the four remaining votes?" he quipped, in a message swiftly retweeted by several ruling coalition leaders, including Vice-President Cristina Fernández de Kirchner.

The maybes of May

April showers without May flowers

Who has the mandate of heaven? 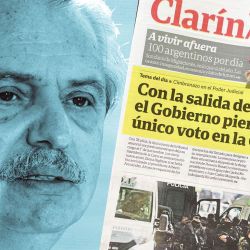 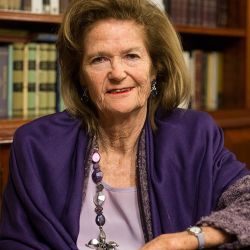