Mauricio Macri and Alberto Fernández met at the Casa Rosada this morning to discuss the forthcoming transition of power and the fragile state of the economy, in the wake of the Peronist leader's election victory on Sunday night.

The two leaders met for around an hour, though little details emerged of what they had discussed. High on the agenda, undoubtedly, was the exchange rate and the Central Bank's newly tightened currency controls.

Macri arrived at the presidential palace at 9:30am, ready to welcome the man who had unseated him from office the night prior, spent most of the morning surrounded by journalists.

Fernández, meanwhile, had to cope with a media scrum, after journalists waited for him outside his residence in Puerto Madero, before travelling with him to the Casa Rosada.

The Frente de Todos hopeful, who arrived promptly at 10:30am with his spokesperson Juan Pablo Biondi, waved to supporters as he arrived at Balcarce 50.

Sources inside the government said the two leaders met privately.

While this meeting marks the beginning of Argentina's politica transition, Fernández won’t officially take the helm until December 10.

Both Macri and Fernández announced in their respective speeches last night they wanted to begin working together and coming to agreements immediately, starting with this breakfast.

Together, they hope to avoid a repeat of events that occurred after the PASO race when international investors pulled capital, the demand for dollars surged and both inflation and devaluation rose dramatically.

Just hours before the two met, the head of the Central Bank, Guido Sandleris, addressed in a press conference the installation of sharp currency exchange controls in order to stem a surge in capital flight.

According to Sandleris, Argentina’s international reserves have plummeted by US$22 billion since the PASO primaries established Fernández as the likely winner.

“Faced with the risk that the [continued demand for dollars] would continue this week, we decided to deepen the controls. From Monday, we have reduced to US$200 the maximum monthly amount that individuals can buy,” he said.

That’s a steep decline from the exchange controls imposed by the bank in September, which limited dollar purchases by individuals to US$10,000 per month.

Argentina’s currently in a lengthy recession and debt crunch, which has raised market fears of a possible default on the record-setting US$57 billion loan from the International Monetary Fund (IMF).

“[The measure’s] purpose is to preserve reserves during this transition period until the new government defines its economic policy and dispels uncertainty,” Sandleris said.

After, the president-elected traveled to his offices in San Telmo immediately after the meeting. He spoke with news agencies briefly, calling the meeting with Macri “positive.”

Sources inside Macri's team said "everyone was satisfied" with the start of the transition. 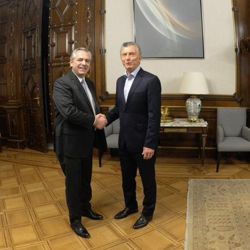 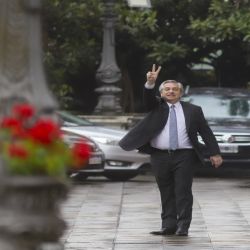 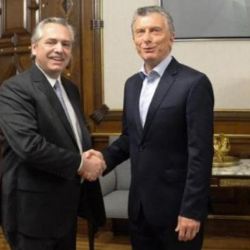