Remembrance Day, aka Poppy Day in Britain at least, was memorably marked at both the British Cemetery on the day itself (Friday, November 11) and at St. John’s Anglican Church the following Sunday. And yet the most moving highlight came afterwards – World War II Fleet Air Arm veteran Ronnie Scott, who turned 105 last month, being given his royal telegrams by British Ambassador Kirsty Hayes.

Remembrance Day (with the exact moment of the First World War armistice at 11am on 11.11.1918 marked by two minutes of silence) was appropriately marked at the British Cemetery by bagpipes, bugles and wreaths. Ronnie Scott read out the Siegfried Sassoon poem ‘Attack,’ written in the year of his birth (1917) and marking the début of tanks in warfare. For the first time in this journalist’s memory the full text of Laurence Binyon’s Poem of the Fallen was read out (by British Cemetery Director John Hunter) instead of the usual couple of lines: “They shall not grow old etc.”

The bagpipes (Alan Oliver) returned at the church service, which was also musically enriched by the Vox Celeste choir, impeccably led by Ian Gall as always. The lessons were read by the Ambassadors Marc Stanley and Hayes.

Stanley only had six verses from Deuteronomy to read but his appearance was still memorable – introduced as Major Ben Watson from the British Embassy, he prefaced his text with words in Hebrew. Major Watson later read the last lesson, which he then followed with some words of his own which did not shy away from this year’s 40th anniversary of the South Atlantic War, highlighting the empathy between veterans.

The new Bishop Brian Williams delivered a thoughtful sermon with memory and peace as its focal concepts, pointing out the challenges to memory today from its effortless replacement by modern technology – his predecessor Gregory Venables was a hard act to follow but Williams measured up.

“Lest we forget” is the Poppy Day watchword but the war dead were fittingly remembered by Argentina’s English-speaking community last weekend.

Argentina wary of Australia's speed ahead of World Cup clash 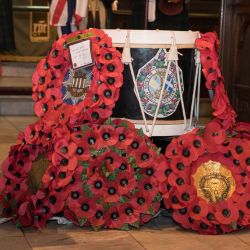 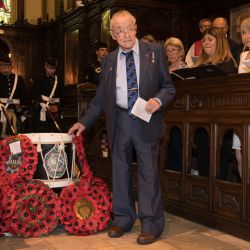 Michael Soltys, who first entered the Buenos Aires Herald in 1983, held various editorial posts at the newspaper from 1990 and was the lead writer of the publication’s editorials from 1987 until 2017.