In scenes that seem to have been ripped straight out of the plot of a comedy movie, police officers in Buenos Aires Province raided a secret swingers’ party this weekend, only for some attendees to mistake an officer for a stripper.

The comedic mix-up took place on Sunday at an estate in Sierra de los Padres, a string of rocky hills and ridges close to Mar del Plata that lies roughly two kilometres off Ruta 226, Perfil reported on Monday.

Arriving at around 10pm local time, police officers described told local outlets that they’d come across a “bizarre” scene with “music, lights and a meal taking place.” At least 12 couples between the age of 35 and 55 were in attendance, with mattresses spread out on the floor in another part of the building.

Incredibly, however, when police first knocked on the door of the venue, they were waved inside. One officer was approached by a woman who reportedly said “you get me hot.” Once the confusion became known, another unnamed individual said it was “a pity,” adding that “when I saw them, I thought dessert had arrived.”

A police source told Infobae that they were stunned by the mix-up. “When they saw us, they thought we were part of the show, that we were strippers!”

The venue has now been shuttered by authorities in General Pueyrredón and those in attendance will be charged with having violated Article 205 of the Penal Code, police said, referring to alleged wrongdoing related to the spreading of a known virus.

The case has been assigned to federal prosecutors in Mar del Plata.

Speaking after the raid, General Pueyrredón's Undersecretary of Security, Gustavo Jara said that those present were “respectful, did not resist, and even joked about what happened.”

“It was comical and absurd at the same time,” he told the TN news channel.

Despite restrictions on social gatherings to halt the spread of the coronavirus pandemic in Argentina, authorities have expressed concern over clandestine late-night parties and vowed to clamp down. Health experts believe social gatherings are responsible for the recent surge in caseloads and most provinces nationwide have now adopted nighttime curfews.

A spokesperson for the General Pueyrredón municipality said that it had received 38 reports of alleged clandestine parties just on Friday and Saturday.

Argentina has recorded more than 1.7 million confirmed cases of Covid-19, with more than 44,000 fatalities. 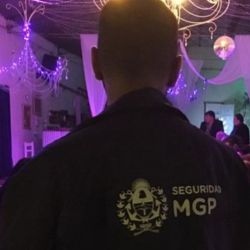 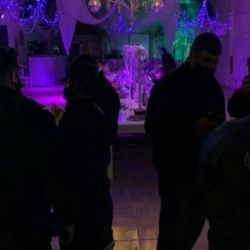 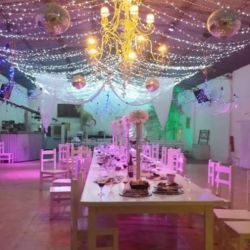