Argentina’s government on Monday unveiled a new series of peso bills featuring national “heroes and heroines," playing up its patriotic credentials with a dig at former president Mauricio Macri’s administration.

The Central Bank of Argentina presented new designs for 100, 200, 500 and 1,000-peso notes (US$0.80, US$1.60, US$4 and US$8) featuring a host of national icons, including Eva ‘Evita’ Perón, Juana Azurduy, Martín Miguel de Güemes, María Remedios del Valle, Manuel Belgrano and the liberator José de San Martín.

The new bills will replace those introduced during the Macri presidency, while raising the number of types of notes in circulation to 17. The return of national icons, with a criterion that also contemplates gender parity, comes at the expense of endangered local wildlife.

“Banknotes are papers that circulate, but therein lies the value that we Argentines assign to the currency. Our best men and women have to be there,” said President Alberto Fernández, who had previously trailed the changes during a ceremony last August 17 marking the 171st anniversary of the death of General San Martín, a national hero and one of the liberators of Spanish South America.

"I don't know who could have thought of removing General San Martín from the banknotes and replacing him with a little animal, as if we could not remember our patriots," said the head of state, implicitly criticising his predecessor in office.

The move to introduce new bills has prompted fierce criticism from the opposition, highlighting the cost of such a change. In January 2020, former opposition national lawmaker Luis Petri estimated the cost at six billion pesos (more than US$50 million at today’s exchange rate). In response, the government said the change would be made "gradually."

Fernández defended the measure by redoubling his criticism against Macri's administration: "At the same time they were exchanging San Martín for a whale… it did not make sense to build hospitals or universities, or to develop science and technology. It made more sense for an SME [small or medium sized business] to become an importer than to continue producing. It made much more sense to play financially by betting on the rise and fall of the dollar, stocks and shares than to give jobs to all of you.”

Among the new faces on the 2022 banknote series are three women, including Juana Azurduy, a heroine of the Latin American wars of independence, mestizo with Spanish and Indian roots, and Maria Remedios del Valle, a fighter for the independence of Argentina with European and African origins.

Eva Duarte de Perón is the third. The iconic actress, activist and politician has been, until now, the only woman to appear on national currency and her face will adorn the new style 100-peso bill.

Azurduy, considered a heroine of independence from Spanish colonialism, will appear on the new 200-peso note, sharing it with military leader and caudillo Martín Miguel de Güemes.

Azurduy was born in Chuquisaca, present-day Bolivia, on July 12, 1780, into a wealthy family. She fought against the Spanish crown with her husband Manuel Ascencio Padilla and was promoted to colonel by Simón Bolívar.

Having earned the title of lieutenant colonel in the summer of 1816 and following the death of her husband, Azurduy fought under the command of Martín Miguel de Güemes, who operated in the north of Alto Perú defending the royalist invasions on six occasions. 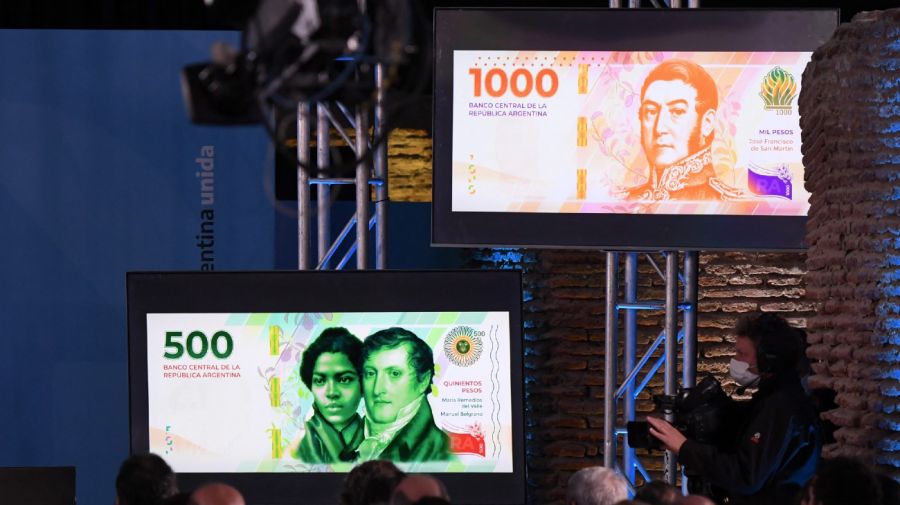 Remedios del Valle was one of the few women who began fighting in the wars of Independence since the first patriotic government was formed on May 25, 1810.

Due to her bravery and bravery in the battles of Tucumán and Salta, Manuel Belgrano named her captain.

With the new banknotes, there will be 17 different versions in circulation, raising concern about fraudulent bills. Throughout the country there will be a large variety of designs, colours and motifs in usage, given the multiple versions that can be used for transactions.

In light of the situation, specialists stressed this week that knowing the security measures is a key aspect to avoid being swindled.

"The important thing is prevention," an unnamed official in the Security Ministry told the Noticias Argentinas news agency. "If people don't know the currency, you can't defend it."

According to the Central Bank Governor Miguel Ángel Pesce, "the banknotes have six security measures, infrared inks and recognition measures for the visually impaired." The head of the monetary authority explained that "the substitution will be progressive," so that "the old versions will be withdrawn from circulation as they deteriorate."

Officials will announce the specific details of the notes before they are put into circulation, with experts stressing the importance of recognising security threads, holograms and watermarks of legitimate notes. 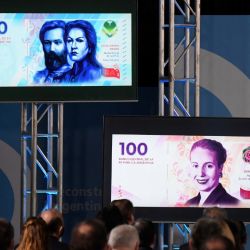 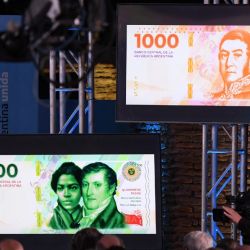