Argentina's strict coronavirus lockdown has forced hundreds of party venues into bankruptcy since it came into force in March, but many owners are successfully remodelling their businesses to embrace the virtual realities of the pandemic's new normal.

Lionel Mariani, the owner of four venues in the capital that cater for birthday parties and weddings, faced closure once the social distancing measures hit. But he converted his biggest venue into a fruit and vegetable warehouse, and his 20 employees – formerly entertainers or sound engineers – now deliver home orders.

"I don't think you can go back to partying as before," says Mariani. "We will be one of the last events businesses standing, if we return. And what would a birthday be like? We would have to wrap every kid in plastic. As long as there's no vaccine, there'll be no parties."

In his children's party event room in Caballito, vegetable boxes are now stacked next to a mothballed mechanical bull and inflatable castle.

Education Minister: 85% of schools in Argentina will likely re-open in August

Argentina's lockdown is stricter in Buenos Aires and its sprawling suburbs than anywhere else, as the metropolitan area accounts for 85 percent of the country's more than 25,000 cases.

President Alberto Fernández has allowed some businesses to reopen, but social gatherings and shows are still prohibited.

Despite millions of dollars doled out in state aid, the pandemic has pushed to the limit an economy that has been in recession since 2018.

Almost a million people work in the events sector in Argentina, according to an owners' association – even more when related businesses like florists and entertainers are taken into account.

"There are bankruptcies," lamented Silvia Amarante, the president of the Asociación de Eventos de la Argentina owners' group. "While we are waiting for the pandemic to pass, many businesses will fall away, we won't be back until 2021." 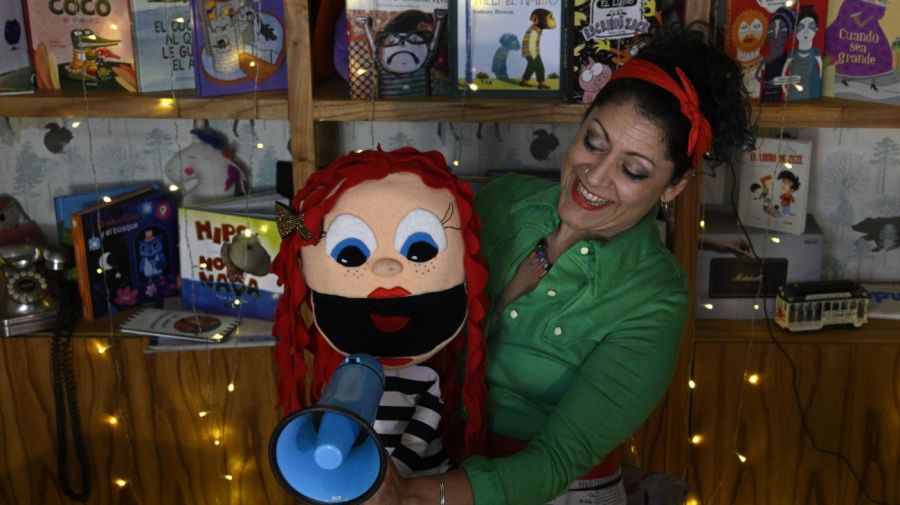 Some event entertainers are embracing the new and taking their birthday party performances online.

From his house in Buenos Aires, Gustavo Pintos welcomes guests on his computer, greets the party's birthday boy and begins his routine as "Kaphu the Magician." This evening his audience is 400 kilometres (250 miles) away, in the port city of Mar del Plata.

"It's not the same as having the audience present," says the magician, who has been plying his trade for 25 years. "At first I was resisting, but now I'm doing three shows a day, a horizon of work has opened up that was unimaginable before!"

Actress and children's entertainer Any González has taken the same view and started a new niche business.

"Now I have no limits," said González, who was recently hired to do story shows with her puppet Lupe by people in other countries. "I'm working a lot more than before. Families want to banish the drama and celebrate anyway."

Her services are tailored to different budgets, ranging from a brief virtual greeting to a story with puppets or a full hour of performance.

Gabriel Valino has been performing as Pirucho the Clown for 25 years. He misses the contact with laughing audiences but now performs 30 virtual shows per month.

“I know that celebrations in salons will not return, because even without the coronavirus, this way is cheaper for families who are going to be left without a peso," he says.

In a room in her home transformed by disco lighting and mirrors, Szuka contorts herself around a silver pole and encourages her clientele to mimic her movements.

"We send the client a box with a feather boa and a hat for the performance," she said as she prepared for a virtual show. "This alternative is here to stay, now anyone is just a click away from celebrating." 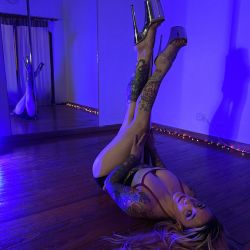 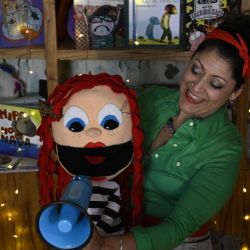