Texas lawyer Marc R. Stanley has been sworn-in as the United States government’s ambassador to Argentina and the new envoy says he is eager to begin work.

The United States Senate confirmed the appointment of the Texan lawyer as US President Joe Biden’s envoy last weekend and on Tuesday, Stanley was officially sworn-in by a US district judge at his home in Dallas.

“Almost 40 years ago, US District Judge Karen Scholer and I started our law practices the same week at Strasburger & Price. Today, Karen graciously came to our house to swear me in as the United States Ambassador to the Argentine Republic,” the new envoy wrote in a post on his Facebook account, which was accompanied by photographs of the ceremony.

Stanley added that he is “very excited” to begin work and “can’t wait” to arrive in Argentina.

Stanley, who Biden nominated to succeed former ambassador Edward Prado back on August 6, is expected to arrive in Buenos Aires in January, according to reports in US media outlets.

“I am grateful for the opportunity to serve my country,” Stanley said in a statement issued to The Dallas Morning News following last Saturday's confirmation.

“If confirmed, I hope to build an even stronger relationship between the United States and Argentina,” he added.

In a statement issued, the US Embassy in Argentina said it was “pleased to announce the confirmation by the US Senate of our new ambassador-designate, Marc R. Stanley.”

US Chargé d'affaires MaryKay Carlson was among those to offer congratulations to the new ambassador, writing on social media that the team at Palacio Bosch were looking forward to welcoming Stanley to Buenos Aires.

Reacting to the news, Benjamin Gedan, the deputy director of the Latin American Program at the Wilson Center, said in a post on Twitter the ambassador’s upcoming arrival “sends the right signal about this important relationship.”

During his confirmation hearing, Stanley was not shy in voicing his views on Argentina. Responding to questions from lawmakers, he criticised President Alberto Fernández’s government, saying the country must do more to tackle human rights abuses in Venezuela, Cuba and Nicaragua.

"Argentina has not yet joined the United States and others in pressing for meaningful reforms in countries like Venezuela and Cuba and Nicaragua," said the incoming ambassador. “If confirmed, I plan to work with Argentine leaders at all levels to find ways to achieve our common goals of a hemisphere that honours our highest ideals.”

Describing Argentina as “a beautiful country” and comparing it to a “tour bus whose wheels aren’t running properly,” the lawyer also called on the government to outline a “macroeconomic policy framework” that would put the nation on “the road to financial sustainability.”

“The debt to the IMF, US$45 billion, is huge. The issue, however, is that it is the responsibility of the Argentine leadership to develop a macro-[economic] plan to resolve this," he said, referring to the nation’s ongoing talks with the International Monetary Fund over a new financing programme.

In his testimony, Stanley observed that Argentina's “long history of economic instability has taken a toll on its productivity and competitiveness.”

His previous roles include spells as chairman of the Texas Public Finance Authority, while he has held board positions for the Air University of the United States Air Force and US Holocaust Memorial Museum. He has also held roles for a number of Jewish charitable and political organisations, including serving as chair of the National Jewish Democratic Council.

Notably, he chaired the ‘Lawyers for Biden’ group that supported the US president’s successful 2019-2020 campaign.

He is also the recipient of numerous awards, including the Tikkun Olam Award by the Jewish Council for Public Affairs.

Stanley has been married to his wife Wendy for more than three decades, with the duo donating at least US$1.5 million over the past two decades to Democratic causes, reported The Dallas Morning News. He has three children. 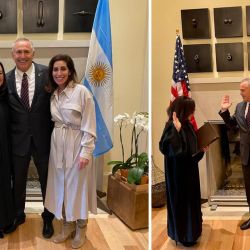 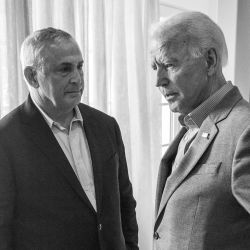 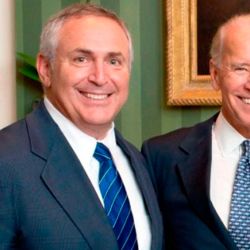