Leaders from across the political spectrum have condemned an attack by a hooded gang on the offices of the Clarín newspaper in the City neighbourhood of Barracas.

At least nine molotov cocktails were thrown at the entrance to the pro-opposition newspaper’s offices on Monday night at around 11.05pm, company bosses said. They described the incident as “worrying” but “minor” and said no injuries had been reported.

The building was closed at the time and there were no victims or material damage.

The attack was captured by a nearby security camera. In the footage, which Clarín posted on its website, a group of people can be seen loitering on the pavement on the opposite side of the road to the building, located at 1743 Piedras.

The gang, thought to number nine and all hooded to conceal their identities, then start to throw crude incendiary devices, commonly known as molotov cocktails, at the newspaper’s offices, before running off down Ituzaingó Street.

Security staff promptly called the emergency services, with firefighters and police rushing to the scene and sealing off a perimeter. The City’s Bomb Squad was also deployed to ensure all the incendiary devices were no longer a threat.

The incident has been classified as “public intimation” by the authorities, who have opened an investigation and are searching for the culprits. On Tuesday morning, scorch marks could be seen on the pavement and building’s exterior. 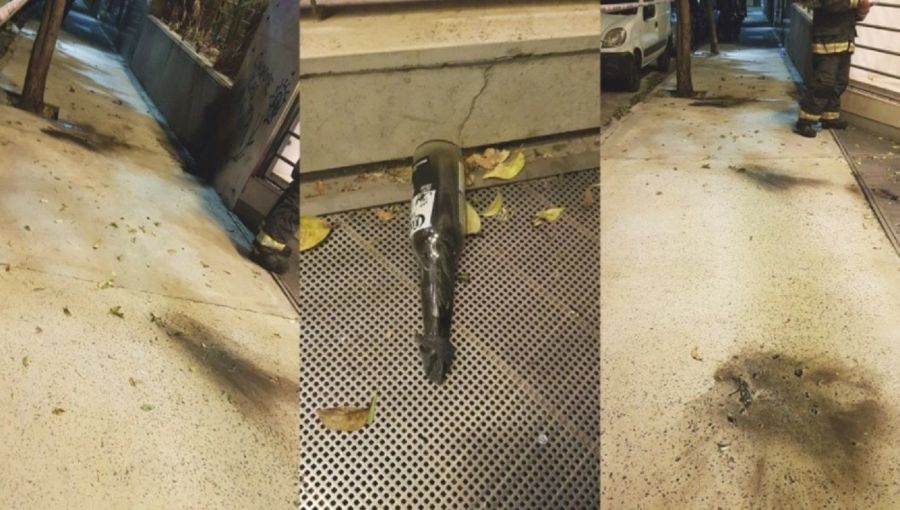 Condemnation of the attack was swift and came from all political sectors.

"I would like to express our repudiation of the episode that took place in front of the Clarín newspaper’s headquarters. Violence always disrupts democratic coexistence. We hope that the facts are clarified and the perpetrators are identified through the investigation that is underway," President Alberto Fernández said in a post on Twitter.

Interior Minister Aníbal Fernández also condemned the attack. "I trust the perpetrators will be identified and punished," he declared.

"Democratic coexistence, which is severely affected by the promotion of hate speech, must be cared for by all Argentines," read a statement issued via the La Cámpora youth organisation linked to Kirchnerite sector of the ruling coalition that has often been at odds with the newspaper.

Taking a stronger tone, former president Mauricio Macri said the “unacceptable” attack was an assault on freedom of speech.

"The attack on Clarín is a very serious attempt to intimidate the media and the entire press. It is unacceptable and reminiscent of the violent practices of the past. I repudiate the attack and send my solidarity. May the government and the justice system clarify what happened and arrest those responsible," said the Juntos por el Cambio leader on Twitter.

Buenos Aires City Mayor Horacio Rodríguez Larreta also repudiated the attack, describing it as a "sign of intolerance and violence."

In a statement, the newspaper’s parent company Grupo Clarín condemned the “violent expression of intolerance against a media outlet” and said it was awaiting “urgent clarification and sanction.”