Less than one year after an unprecedented drought ravaged Argentine farming, the sector has bounced back with a record-setting harvest. The boost led to 46 percent year-over-year growth, according to data from the INDEC statistics bureau, securing the sector’s continued place as a crucial economic earner, accounting for 6.1 percent of overall GDP.

Much of this success can be attributed to President Mauricio Macri’s policies of lower export tariffs and free trade, says Daniel Pelegrina, head of the Rural Society of Argentina.

Now, Macri is on his heels. A decisive defeat in August’s PASO primaries spiked inflation even further and prompted a devaluation of the peso. Despite reimposing tariffs and currency controls, polls indicate it's likely he’ll be replaced in office by Alberto Fernández and his running-mate, former president Cristina Fernández de Kirchner.

The latter has a storied history of enmity with farmers, culminating in the famous 2008 protests against soybean tariffs that left supermarket shelves empty, crops spoiled and thousands without access to food. It also prompted the then-Cabinet chief, Fernández, to resign.

The Times met with Pelegrina this week to understand how producers are preparing for what comes next.

What’s the state of the agricultural sector at present in Argentina?
We are the motor of Argentina’s economy. We bring in nearly 60 percent of foreign currency.

It’s one of the only sectors contributing positively to our foreign debt, which right now is nearly US$300 billion. The Macri administration has helped us, prioritising the global economy and trade. It’s proven that this avenue facilitates growth for Argentina.

SRA head Daniel Pelegrina: 'Export duties were a step back, an outdated policy'

Internal problems have hurt us – we can’t advance when facing inflation, our principal weakness, or severe external debt, high interest rates and enormous public spending that implicates the private sector, too. Meat and milk suffer especially because 80 percent of production is consumed locally. Ranchers pay costs in dollars, but receive pesos.

We can’t effectively address problems that could lend us a competitive edge like infrastructure or transportation … For many years, Argentina’s been behind, but we’ve made early improvements with President Macri. The process must mature.

Overall, though, the sector is healthy. We are planning for the future. Growth can continue through policies like those [in place] since 2015.

How would you describe your relationship with President Macri?
We have a very good relationship. His decisions to lower or eliminate tariffs on key exports and reduce trade restrictions have benefited farmers. What’s continued, too, is open, constructive and ongoing dialogue. He’s worked closely with La Mesa de Enlace [a group of influential agribusiness leaders] and participated in conversations for months as we figure out how our work links with Argentina’s overall economic plan.

So, yes, it’s an excellent relationship ... He asks about problems we can anticipate, and how to work together to build a State we can move forward to achieve new heights.” 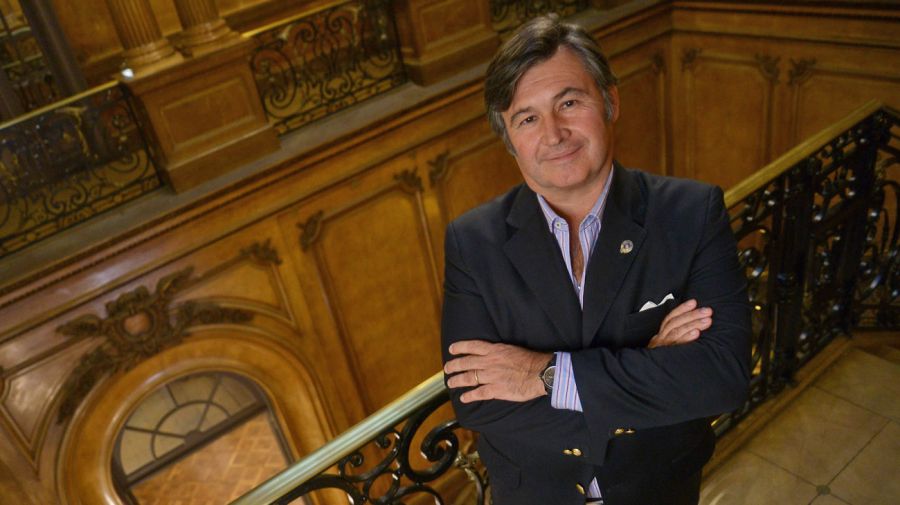 How did you feel about the reimposition of tariffs and currency controls after the recent economic downtown?
We understood why it happened ... and that it was short term. Argentina needed it, and President Macri chose this path. He explained it to us, saying it wasn’t the route he liked and that it weighed on him a great deal, but he had to do it in this moment of crisis.

Really, this was the result of mismanagement over the last 70 years. The fault wasn’t solely with this administration, it was with all those prior, and we’re now getting the bill...

How would you describe President Macri?
I don’t have a personal relationship, but in moments we’re together, he’s always attentive, methodical and analytical. He’ll often take notes and bring them back to remember exactly what we discussed. He clearly has a strong work ethic.

What do you think about the possibility of Alberto Fernández winning?
If Argentina votes for him, we will of course try to work with him. We will continue to share our proposals supporting farmers and all of Argentina, including amplifying exports and prioritising facing the world. Fernández is very concerned with lowering domestic prices. We don’t think heavy tariffs work ... We will continue to explain our position and propose alternatives.

How was your meeting with Fernández earlier this year?
It was a basic conversation about our priorities. It was fluid, civilised and attentive. As long as we’re in a campaign, it’s necessary to present our side.

[The conflict in] 2008 was very difficult for farmers. Those feelings are still latent within many. We hope Fernández sees he shouldn’t repeat the past.

Will you give him a chance to demonstrate he’s moved on from 2008, as he’s said?
That’s why we keep having these conversations. We’re working to construct social capital and build consensus. Right now, we’re in a period of dialogue...

Can you explain your views on reducing the size of the State?
Argentina’s public accounts are in total disorder. The growth of the State isn’t sustainable for the private sector. You have too many people working for the State, retirees who depend on the State and others who receive services from the State … Because of this, we must restructure and address the issue without targeting business investment.

It’s not just a national question, it’s a provincial question, a municipal question. Without getting our books in order, we can’t achieve economic stability.

What do you think of Cristina Fernández de Kirchner?
She’s a very skilled politician. But, unfortunately, I think she uses her skills to do harm.

Do you think it’s possible that a ‘Fernández-Fernández’ administration could institute taxes similar to those in 2008?
This is the fear that we haven’t been able to dismiss entirely. Some mentions from Fernández seemed like her politics ... The question is what happens when things calm down – how will influence be divided internally? Will there be a power struggle?

If they did impose something similar, would farmers react similarly?
Of course. Farmers were defending themselves. It wasn’t solely economics ... She attacked the values of farmers that make them who they are — work ethic, respect, family, life. If you threaten those things, farmers will fight back.